Thursday evening as London was awash with showers and commuters were rushing for the sanctuary of the Underground, 14 Army Cadets and 2 Cadet Force Adult Volunteers from 42 Cadet Detachment, Harold Hill made their way in the opposite direction and in to the open air to proudly witness their sponsor Regiment; The Scots Guards receive their new colours from Her Majesty The Queen.

Whilst at Buckingham Palace, the Cadets assisted in the distribution of programmes to some 2,200 guests of Her Majesty's guests. They also had a chance to experience what life is like for such a prestigious Regiment as the Scots Guards who can trace their origins since 1642.

Cadet Lance Corporal Moore said "I really enjoyed taking part in celebrating the work of the Scots Guards, it really is like a family".

The Scots Guards and The City of London and North East Sector Army Cadets have a long history of partnership. From warmly welcoming serving soldiers to its Annual Camp to provide up to date knowledge on subjects of Foot Drill and Fieldcraft amongst others. Recently, a number of Senior Non-Commissioned Officers attended a induction ceremony at Harold Hill for the new Cadets. Thursdays colour presentation was one of many events Cadets are invited to attend, as part of the wider Scots Guards family. 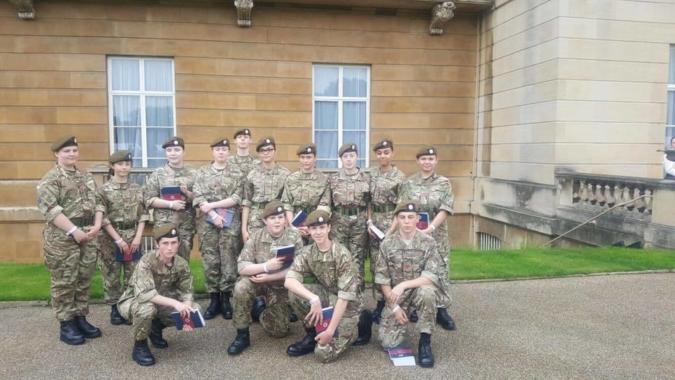 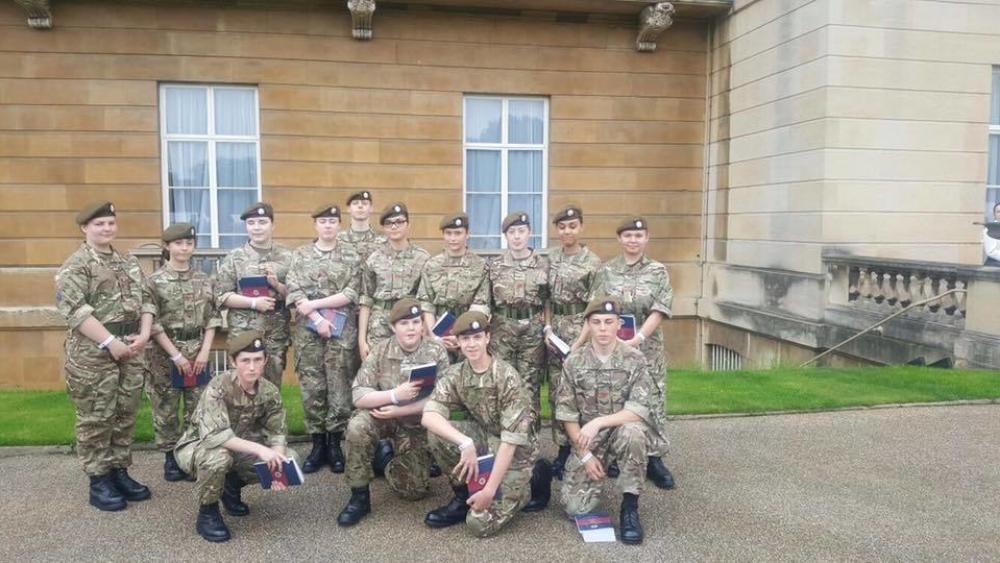