Essex is host to just over 900 cadets and almost 200 Adult Volunteers, across 32 detachments. We'd love to add one more to these numbers, so find your nearest detachment location on the map below, then click the join now link to get involved.

Here is a look at images from Annual camp 2022

Something a lot of cadets join for is the fieldcraft experience! here a few images from…

Its not just 'Green'

ISCRM 2022 was originally to take place back in July of this year but unfortunately, due…

After a long two-year break from the National First Aid Competition due to COVID-19,…

Read all about the Senior Leadership Team in Essex

Colonel Pete Mills joined Essex ACF in 1987 as a cadet, and after a full and enjoyable 6 years decided to remain as an adult instructor. Throughout his ACF career he progressed through the ranks and appointments with C Company, before transferring to County HQ in Nov 2015 as County Training Officer. During his time with C Company, he held appointments as Detachment Commander (Rayleigh and Billericay), Company Sergeant Major, Company Training Officer and Company Commander. The highlight of his time with C Company was the opportunity to take the Company to Gibraltar for their Easter Camp in 2014.

In Dec 2014 he was appointed as the 7 Inf Bde Duke of Edinburgh Advisor, this followed a number of years as the County DofE Officer. The DofE provides an ideal opportunity to deliver fantastic opportunities and over the past 10 years he has organised Gold Duke of Edinburgh sailing expeditions to Scotland and Croatia, plus organised and led volunteering projects to Ghana on two occasions. In 2017 he was approached to take the project lead for The Lord Dannatt's Round Britain Challenge centenary event which took place 2018, another opportunity to deliver a unique Gold Residential project. Col Pete takes up the appointment of Commandant Essex ACF in September 2021, following two and a half years as Deputy Commandant (Training).

Following his graduation from Anglia University in 1995 with a BSc (Hons) degree in Business Information Systems he has pursued a career in IT. Establishing himself as a Microsoft Technical specialist he has been involved with infrastructure projects for Kwik Fit Insurance, Pet Plan USA and Insure Simply (Australia). In Apr 2009 he formed Vezo Networks Ltd, an IT Solutions and Support company, with a good friend. Pete is married to Miranda and lives in Billericay, where he shares the family home with their two beautiful children. 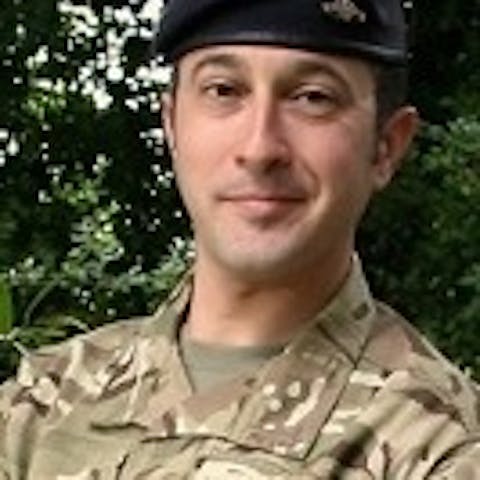 There will be more about our newly appointed CEO soon.......

In 1991 Private Little began his 11-year service career as a ‘Poacher’ in the Second Battalion where he partook in a number of tours including Cyprus, Germany, and Bosnia. During his time as a regular soldier he became driver for Colonel Richard Kemp CBE, who was at that time, the Battalion Commander.

A few years after Mr Little left the Regular Army, he met some former cadet friends, now cadet adult instructors and was soon persuaded to join back up with the Essex Army Cadet Force and found himself parading as a Sergeant Instructor at Chelmsford Detachment.

A short while later SI Little became the Detachment Commander at Dunmow before returning once again to Chelmsford where he helped to form the Essex Corps of drum in 2012. He went on to become the Drum Major, leading the Corps of Drums as they performed in many events including The Menin Gate, various military tattoos, playing on Bird Cage Walk, and leading the Royal Anglian’s and Essex Regiment out at events around the UK.

During his cadet volunteering career Mr Little worked for RFCA as the storeman and transport officer for Essex ACF, before leaving to pursue a career in facilities and events management.

In March this year RSMI Little proudly took over this flagship roll for Essex ACF and has a great vision for how he can help the Commandant achieve his aims:

RSMI Little has a strong belief that Cadet Force activities also help to develop our Instructors as well as being of huge benefit to our cadets.

The RSMI is ambitions to learn and grow during his tenure and looks forward to developing both himself and the County over the next few years.