A pair of Western Isles cadets form the Isle of Lewis were given the opportunity to welcome the Princess Royal on an official visit to the islands. Cadet Lance Corporal Aiden Jamieson (14) and Cadet Heidi MacLeod (12), from 1st Battalion The Highlanders’ West Lewis Detachment, welcomed Princess Anne on her visit to the Flannan Isles Memorial and Exhibition last week.

The visit, which took place on 2 October, saw Princess Anne visit the former keepers’ shore station at Breasclete on the Isle of Lewis to view the Flannan Isles Memorial and Exhibition. The memorial remembers Flannan Isles lighthouse keepers James Ducat, Thomas Marshall and Donald MacArthur had vanished from the lighthouse in 1900 without a trace, a mystery which has intrigued many over the past century.

When the Princess Royal arrived to the memorial she was welcomed by both Aiden and Heidi, who opened the door for her and also saw her off at the end of the event. LCpl Jamieson and Cdt Macleod were not the only cadets from the company who was in attendance Aaron Ingram (14), from Stornoway Detachment, was also there to perform a piping display for the Princess Royal. 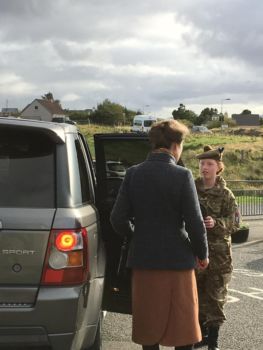 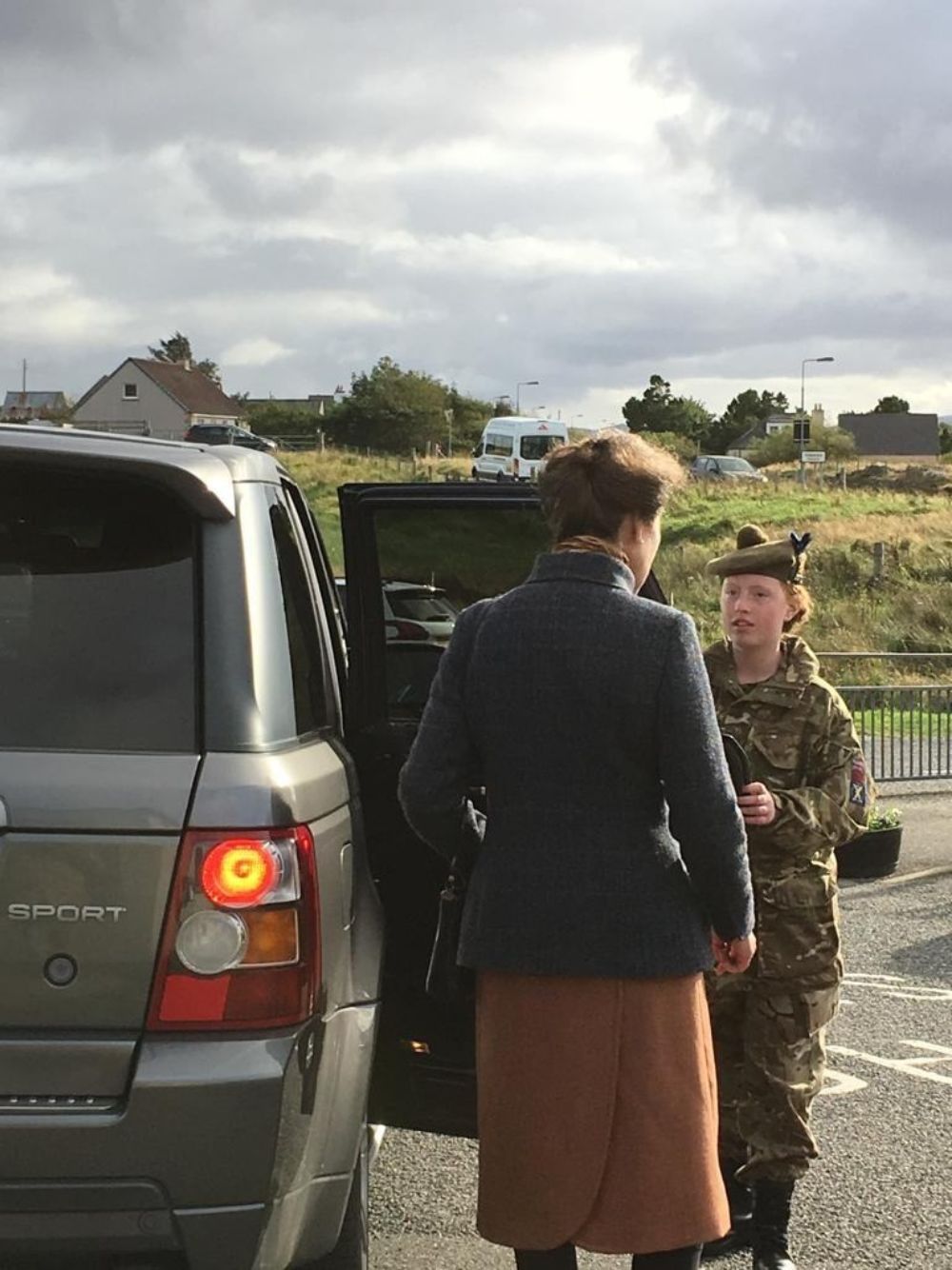 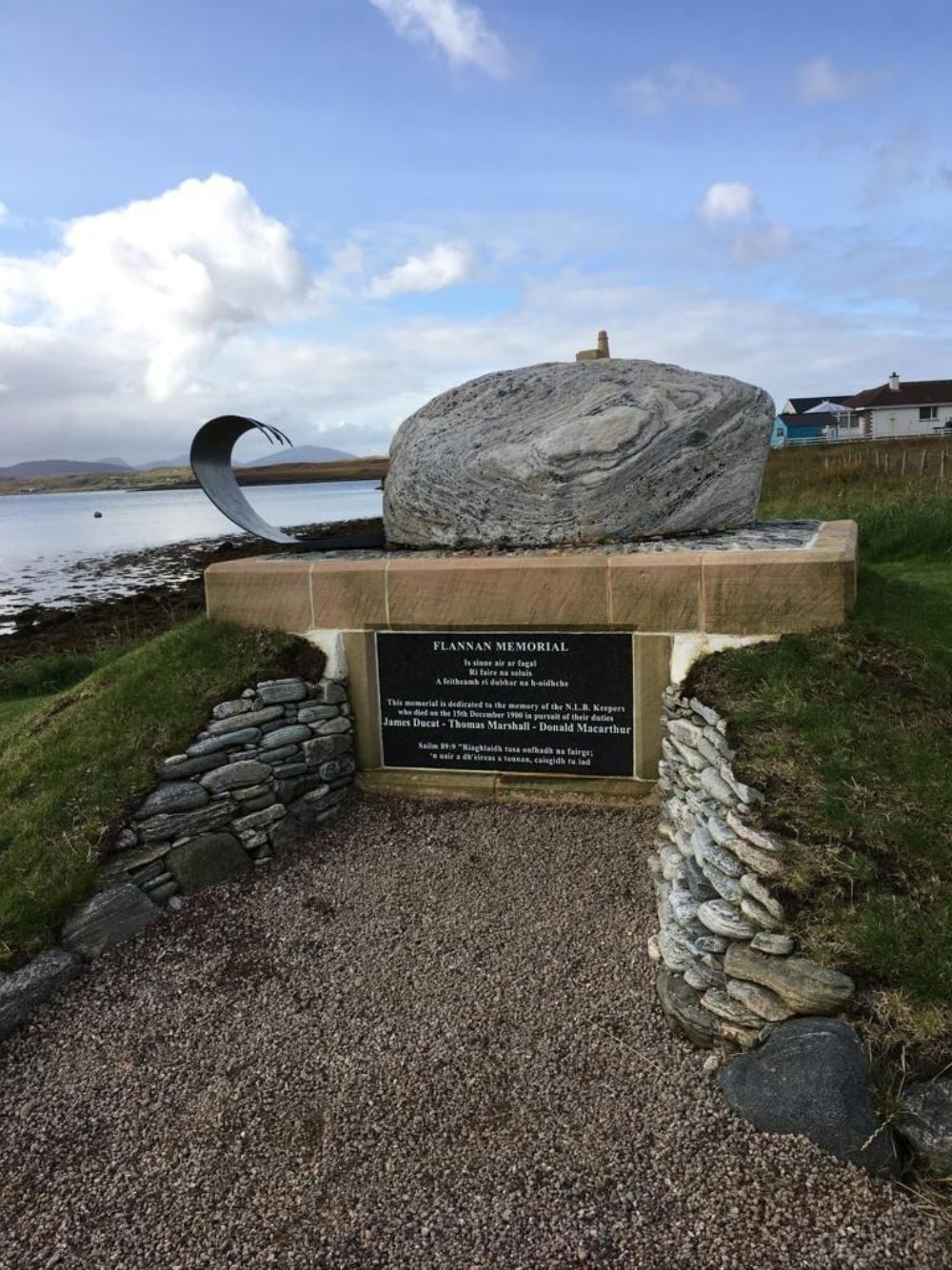 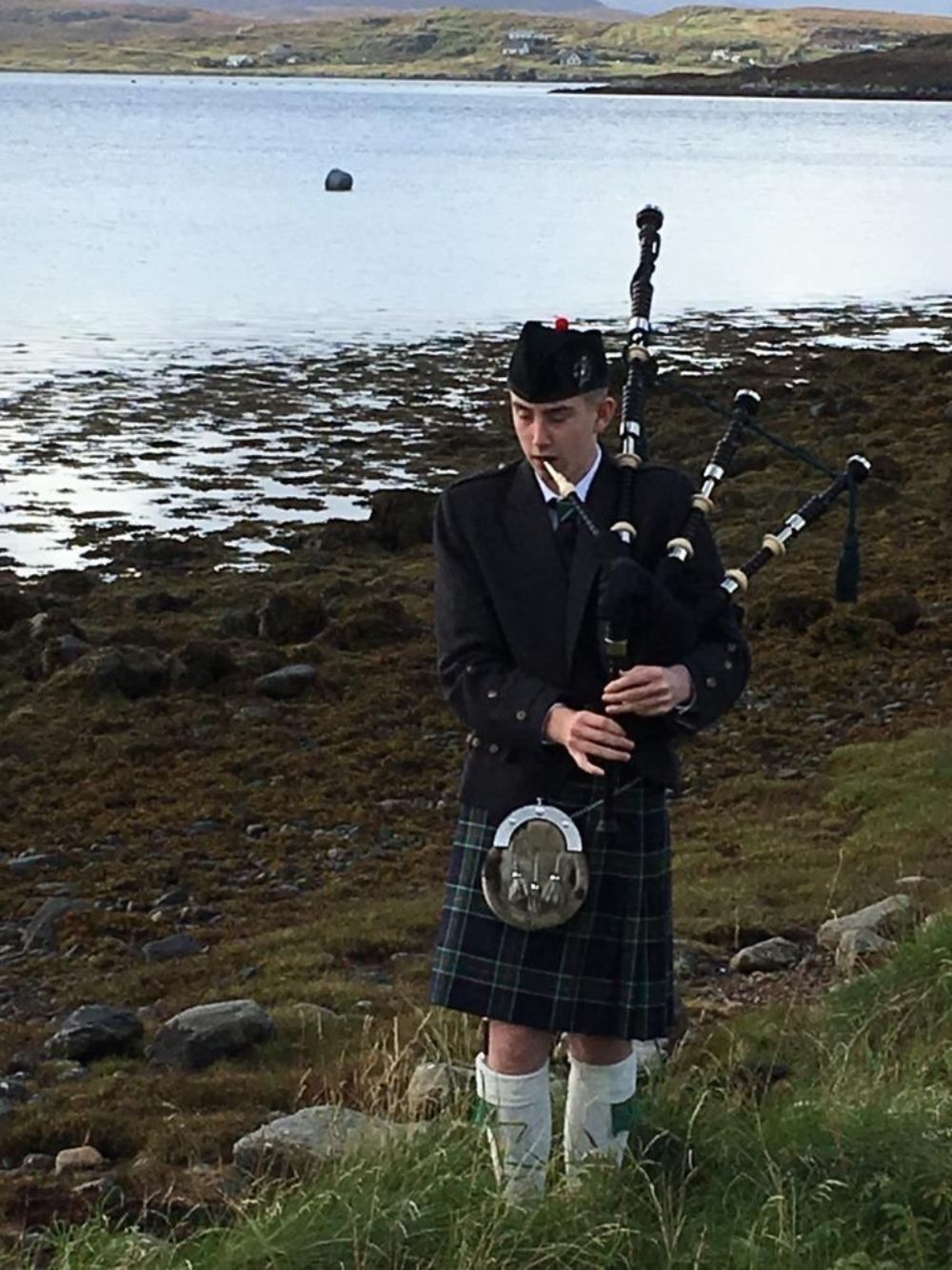 Thank you to Mr G Wells Public Relations Officer for the 1st Battalion The Highlanders Army Cadet Force. for this story.