SSI Estelle Bishop first joined the ACF as a cadet and since then has gone on to achieve great success both within the Army Cadets and in her professional life. 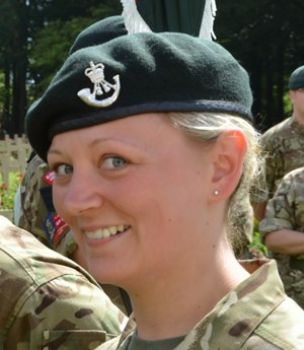 Estelle became an adult instructor with Gloucestershire Army Cadet Force whilst also studying for an undergraduate degree in Orthoptics at Sheffield University. Soon after graduating she secured a position at Bristol Eye Hospital and continued her ACF commitments by communting whenever neccessary and eventually became Platoon Commander of Podsmead Platoon.

As if volunteering with the ACF and working full-time in a high-profile job wasn't enough, Estelle continued to study for a masters degree, again through Sheffield University. After four more years of incredibly hard work she has recently graduated with a masters degree in Medical Science (Optometry), which she passed with distinction!

Estelle’s dedication and commitment to her full time work and to the Army Cadet Force is unwavering and she is an inspiration to the cadets.