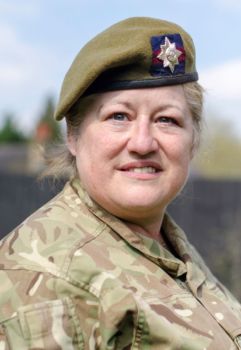 What is Women’s History Month?

Women’s History Month officially started in America in 1981 but grew from a small-town school event in California in 1978. Presentations were given at schools all around the district of Sonoma, California during a week-long celebration of women’s contributions to culture, history and society.

The History of Women in the Military

It may come as a surprise that the history of women in the army dates as far back as the 1600s. Women play a crucial role in The British Army and have been involved in numerous wars and conflicts to protect our country – some even lying to do so! Our timeline of women in the military outlines the drastic lengths they went to for equality and the ability to be a part of The British Army.

As part of Inspirational Women’s Day, we’ve collated a few of the many inspirational women that have been involved in The Army Cadet Force.

Back in the 16-1800s, any war-related activity was considered a man’s job and women weren’t allowed anywhere near the military. However, this didn’t stop women from taking part, albeit undercover.

Several women in Civil Wars, the War of the Austrian Succession and the Battle of Waterloo disguised themselves as men to fight as soldiers. For example, Hannah Snell fought in the Battle of Devicotta in 1749 and despite being wounded several times during her service, managed to keep her sex a secret. Similarly, in the 1800s, Dr James Barry was a well-known army surgeon and it was only on his death that he was discovered to have been a woman.

The Ones who Nursed our Soldiers

With women’s involvement in the military still being overlooked and disallowed, one area where women would thrive is nursing. The famous Florence Nightingale changed the way society felt about nursing, outlining the necessity for nurses during the Crimean War. In later conflicts, professional nurses returned to the battlefield to care for wounded soldiers, and special organisations were created to support and formalise their work.

With the commencement of World War 1, the Suffragettes went to work. There was huge economic strain on the country due to the war, which saw women stepping into typically ‘male’ roles. A lack of manpower saw the Army searching for formal ways to bring more women in.

Marching through London, Suffragettes wanted to persuade the government to widen military roles and accommodate for women. Due to high number of losses, the High Command began considering using women in supporting roles to allow more men into combat. The Women’s Army Auxiliary Corps (WAAC) was formed in 1917 and the first women arrived in France and Belgium for supporting duties.

It was revealed that a huge 100,000 women had signed up for military support roles by the end of the war – a number far higher than expected. The same year, in 1918, British women (over the age of 30) were given the right to vote.

The Second World War quickly came around, and with it formed the Auxiliary Territorial Service (ATS), establishing in 1938. Whilst still not being allowed within combat roles, women returned to supporting roles. These included cooks, drivers, military police and telephonists among others. The Women’s Royal Naval Service and Women’s Auxiliary Air Force were also established during this time.

The ATS was granted full military status, meaning that members were no longer just volunteering. By the mid-1940s, almost 90% of single women and 80% of married women were employed in war work. By the end of WW2, over 190,000 women were members of the ATS, including the now Queen Elizabeth II, who whilst Princess, trained as a driver and mechanic.

The Women’s Royal Army Corps (WRAC) formed in 1949, bringing together the remaining troops in the ATS. Over the next 40 years, women in the WRAC were involved in countless operations in locations like the Falklands and Northern Ireland.

1952 saw the alignment of the WRAC with the standard British Army ranks, and whilst the Sex Discrimination Act was introduced in 1975, it continued to exclude women from any combat related roles in the military.

The WRAC was disbanded in 1992, meaning women were absorbed into the rest of the army. Whilst this was a significant step forward, women were still allowed nowhere near combat roles, with most women in supporting and medical positions.

It took a long time, but 2016 became the year that women were officially allowed combat roles in the Army. The Ministry of Defence released a report in 2006 stating that there was no statistical link between women and unit cohesion. It wasn’t until 2016 that the ban was fully lifted, and role-based training was introduced for women wanting to join the army.

Since 2018, all combat roles including the infantry and special forces units have been open to women. Women play a pivotal role in the military and many work their way up to the highest ranks possible.

Interested but don’t want to be in the military?

If you’re interested in aspects of the military but don’t want to commit full-time, there are other options. Becoming a reserve or an adult volunteer in the Army Cadet Force are both great options. As an AV, you will guide both male and female cadets of all ages through the ACF course, whilst experiencing amazing things and gaining new skills yourself.

Learn more about the benefits of volunteering. The ACF need men and women of all backgrounds to help with all aspects of the organisation, from Adult Instructors to Civilian Assistants who provide more background support. Find your nearest detachment and get in touch today!