Did you know that as well as reaching high ranks within the ACF, there are also a variety of ceremonial roles to which cadets can aspire? Find out more about the different roles and what they involve 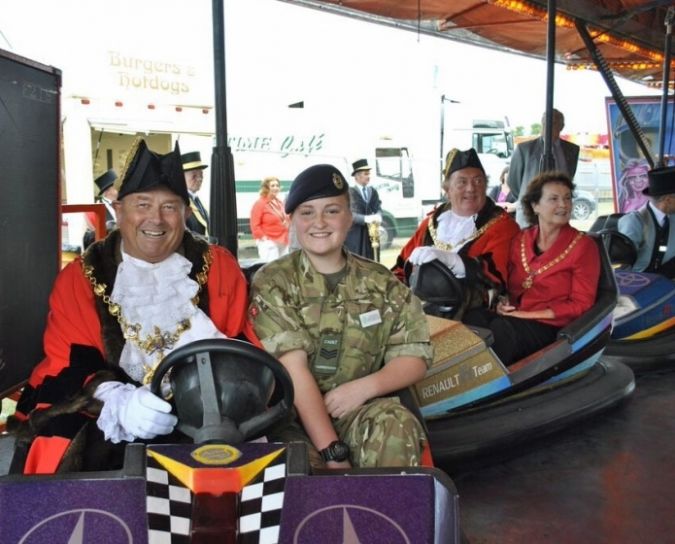 Ceremonial Roles In The Army Cadets 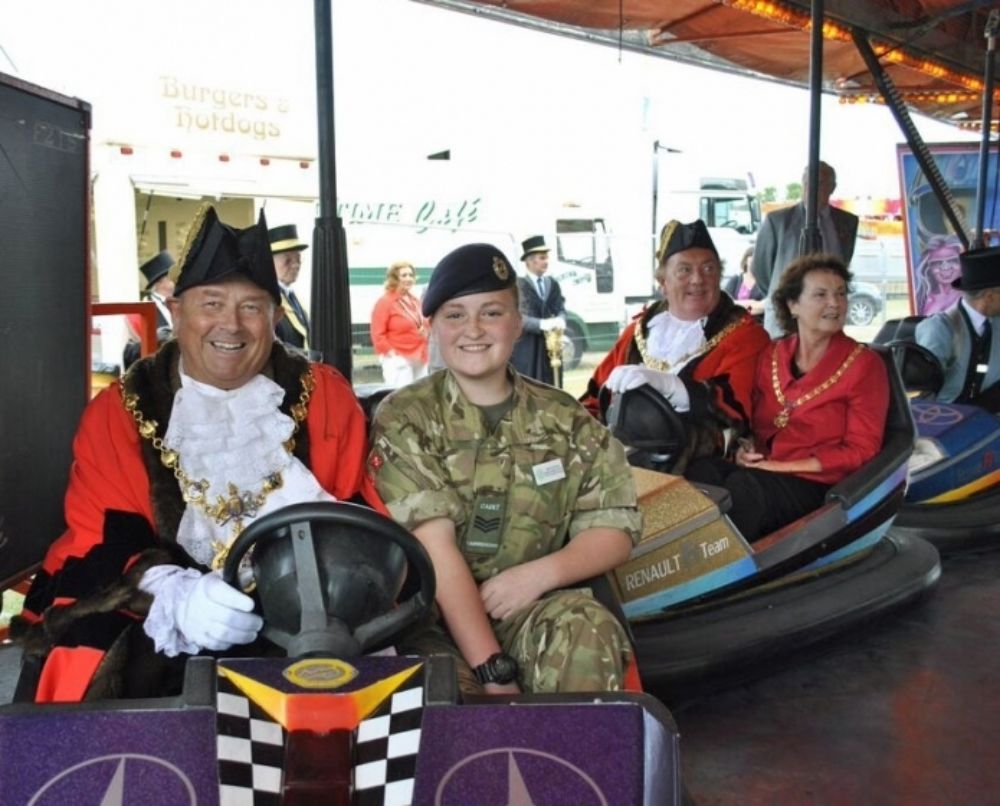 This summer we were pleased to hear that Cadet Sergeant Emily White from Cambridgeshire ACF, was selected as the 'Mayor's Cadet' for Huntingdon, Cambridgeshire. Emily will assist the Mayor, Councillor Bill Hensley, on official duties througout her year-long appointment.

One of her first duties was to accompany the Mayor at the opening of the Cambridge Midsummer Fair on 24 June. As well as escorting the Mayor on ceremonial duties, Emily's role also involves acting as an ambassador for the Army Cadets and for young people across her county.

"I enjoyed escorting the mayor around the fair and I am looking forward to future opportunities as part of the role of Mayors Cadet".

As well as the prestigioius title of Mayor's Cadet, other ceremonial roles to which cadets can aspire include the Lord Lieutanant's Cadet and the High Sheriff's Cadet. The roles usually last for one year and are awarded to outstanding young people who have excellent interpersonal skills and the ability to interact with a wide range of people. Those appointed may also get involved in assisting at church services, parades, and awards ceremonies and in meeting Royal visitors.

Cadets are initially nominated by senior officers in their detachments. The nominations are then filtered by commandants before being passed on to the relevant RFCA. A panel then reviews the final nominees and selects who to appoint.

In some cases a city or county can be allocated two cadets, for example the Lord Lieutenant for the City of Belfast has two cadets due to the high volume of public engagements that take place in the City.