Cadets formed two teams from across D Company, Staffordshire & West Midlands (North Sector) Army Cadet Force and travelled to Rolleston Camp, Wiltshire. 9 Teams were present at the competition representing 8 different counties/sectors from across the country. We were the furthest travelling county coming from Stoke on Trent taking 5 hours to get there! The course staff were kind enough to wait up for us and the Sergeant Major running the event delivered his brief despite it being 0030 hrs when we arrived! Saturday started with us visiting the impressive Regimental HQ for the Royal Artillery in Larkill, a massive Garrison town that represents the home of the Royal Artillery. Most buildings were adorned with a retired Artillery piece which our ‘Gunner’ cadets found very interesting as well as presenting fabulous photo opportunities. Our cadets took part in events that tested their physical mettle, through a series of challenges such as a Gun Run, Assault Course and Command Task. Their academic resilience was tested through a variety of ‘show and tell’ stands, one being a Nerf Artillery Range that gave cadets an understanding of how projectile trajectory works. The Competition was judged by scores from each stand, for the physical stands scoring was through the fastest team and for the ‘show and tell’ stands scoring was based on a quiz on facts about the vehicle/equipment. Our cadets engaged in every activity and thoroughly enjoyed the whole experience, the Commissioned Officers, Warrant Officers, Non-Commissioned Officers and Gunners of the Royal Artillery and Royal Horse Artillery were very welcoming, enthusiastic and demonstrated the utmost professionalism that you would expect from such prestigious Regiments. Devon ACF took the trophy home this year and we placed 4th overall which demonstrates the sterling effort our cadets put into the competition. The organisers have ambitions to make the event even bigger and better next year and I am sure we will make a return. 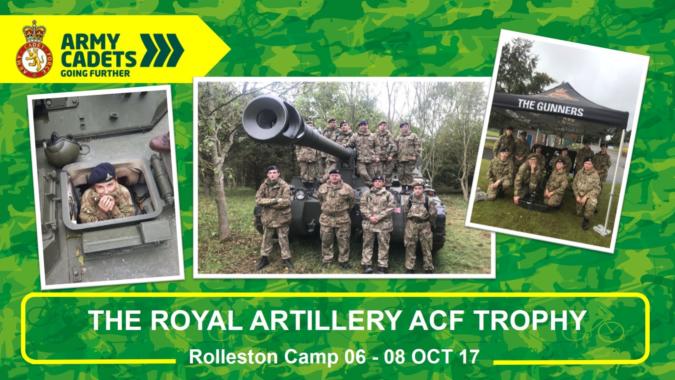 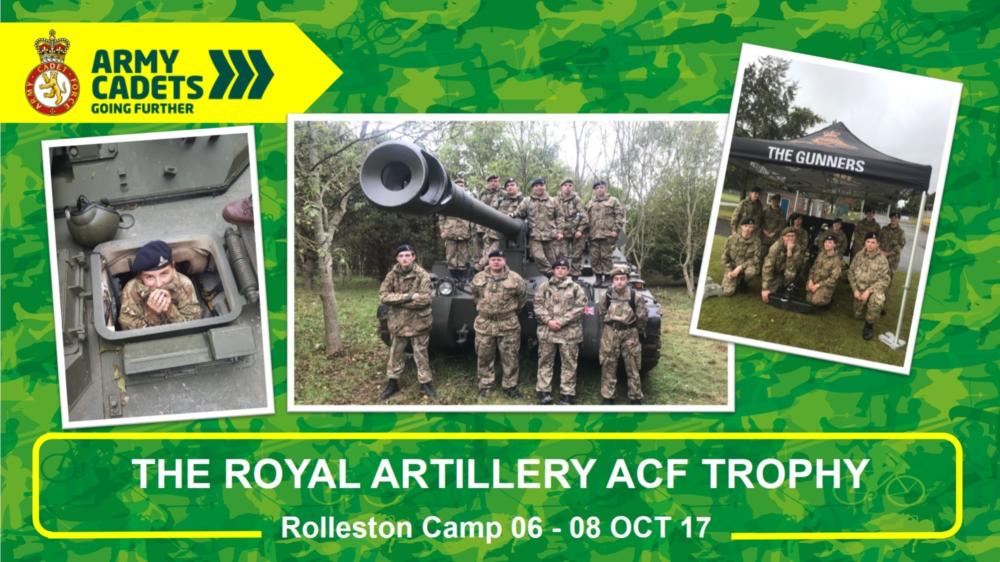