Stoke City once again proudly supported The Royal British Legion with its Poppy Appeal. The poppy is often associated with the First World War and the Flanders field which witnessed troops make the ultimate sacrifice. Today Flanders fields is the home of thousands of poppies which we now use to remember the fallen of both historical and recent conflicts around the world. Supporters from both the “Mighty Potters” and Leicester City where invited to visit various stands and show their appreciation to the Armed Force including the Army, Navy, Air Force and the Cadet Force which gave them a chance to see some of the latest equipment used. To mark this very special occasion the National Football Museum brought along the original football used by Captain Wilfred “Billie” Nevill who used footballs to inspire his men into an attack. The balls were booted into no man’s land as the Royal East Surreys went over the top on the first day of the Somme. For many, including Captain Nevill, it was the last game of football they ever played. Fans respectfully stood in silence for a one minute’s silence to remember those who lost their lives in the line of duty before the two teams commenced their own battle on the playing field. 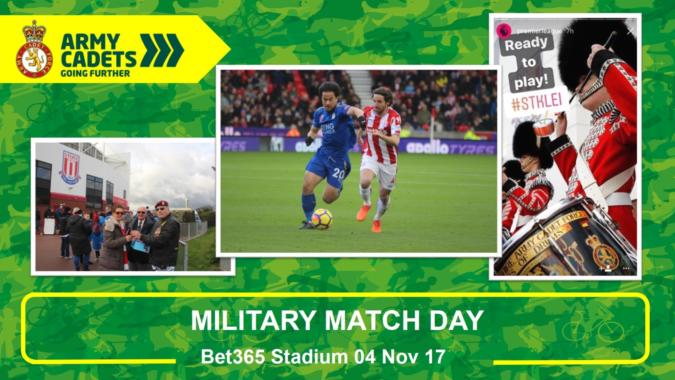 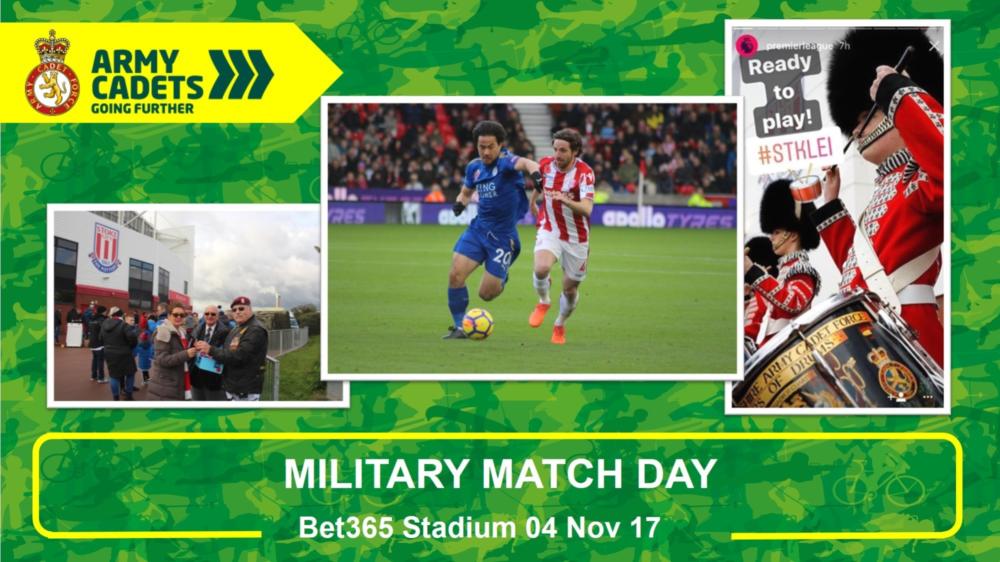