The colours are “the embodiment” of every regiment as they carry it’s battle honours, and are therefore important to every serving soldier and veteran. For the officers and soldiers of the Mercian Regiment, Saturday 13th January 2018 marks a very solemn day as they formed up in their spiritual home of Lichfield for the laying up of the 3rd Battalion's colours.

Sadly, as a result of the Army 2020 Defence Review, the Battalion was disbanded in 2014 with members of the 3rd Battalion The Mercian Regiment (STAFFORDS) being cross posted to serve in both the 1st and 2nd Battalions. As the shops fell quite throughout the town, hundreds of people lined the streets to watch the regiment march past the Guildhall, where the Colonel of the Regiment proudly took the salute before returning to Lichfield Cathedral.

The future of the Regiment was clearly on display with the strong presences of the Army Cadets from Staffordshire & West Midlands(NS) ACF who marched side by side with the serving soldiers, displaying their loyalty for the cap badge they proudly wear. The Dean of Lichfield, The Very Reverend Adrian Dorber said “we will be remembering those who have lost their lives for the Regiment before laying the colours which will now be allowed to fade away in the Cathedral.”

Now moving into a new and stronger position within the structure of the British Army, the Regiment was keen to show their traditions were as strong as ever with the first official parade for their new mascot Private Derby XXXII, who demonstrated some impeccable behaviour in front of the crowds.

However, the parade was also about recognising the Regiment's past and the connection with the Staffordshire Regiment whose mascot has been a Staffordshire Bull Terrier since 1882. There have been five mascots called Watchman since 1949, the current mascot is Colour Sgt Watchman V, who took up his duties on 5 October 2009 with his handler Greg Hedges, who also proudly marched alongside the incarnation of the Staffords. 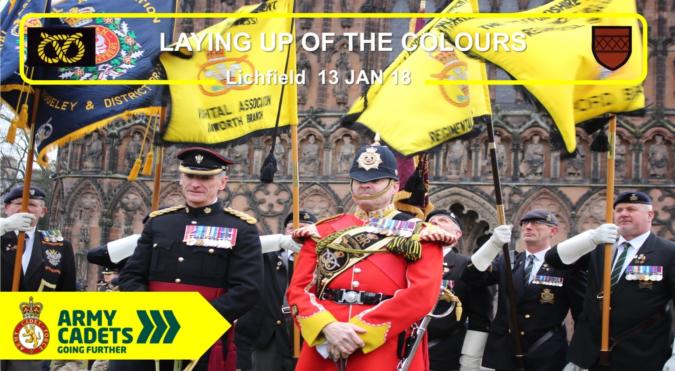 Laying of the colours 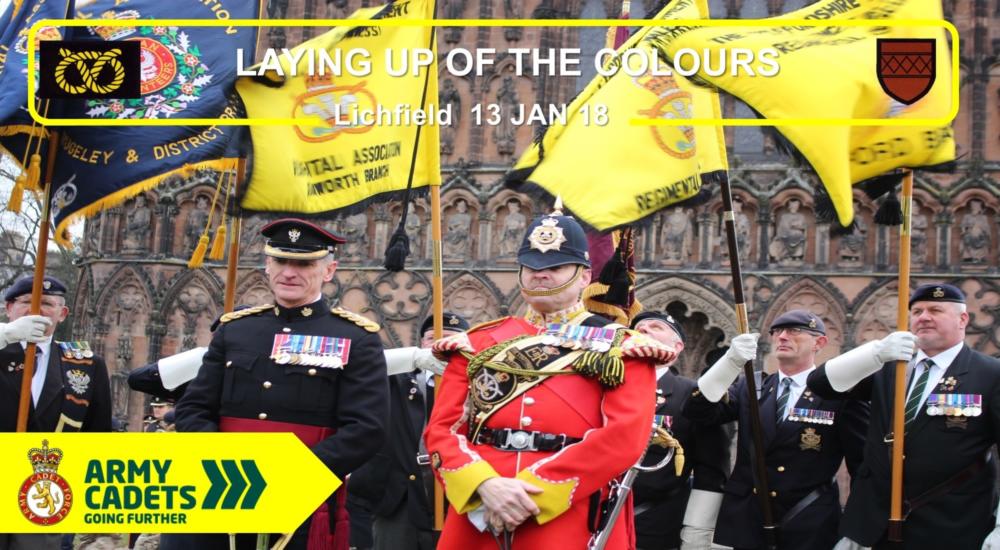