At the start of the year if I had been advised I would have the LNR Corps of Drums performing on both BBC and ITV within the year I would have thought the person advising me of this was "bonkers". However they would have been very correct in what they were saying.

We were asked as the local military Corps of Drums to support Colin Thackery, The winner of BGT, for Songs of Praise. We were very happy to do this as it was a local event and everyone we spoke to could not think of a better way of supporting the Royal Hospital Chelsea Pensioner.

After a lot of phone calls, collation of paperwork to make it happen the day of the rehearsals arrived. This was the Saturday prior to the show. Due to the performance being a Monday and length of day we could only take cadets that could be over the age of 16 and get Monday off school. This limited numbers but was topped up with LNR adults. We were however still short on numbers so a call went out to our wider CoD family and we managed to get some over adults in to support us.

The coach took us down to the theatre, it felt good to be entering through the stage door! We were immediately fed on our arrival and looked after very well. It was then back to the stalls to wait for our turn to perform. Walking around back stage we realised how special this would be seeing names such as Robbie Williams and Emile Sande on the dressing room doors.

Time to rehearse, the song being sung is neither a fast or slow march and changes pace part way through when the team needed to walk on, not an easy task, however with some time with choreographer and the music playing we mastered it. Places sorted, with the choreographer loving the way we get on parade and wishing some other stars were as co-operative as we were, it was first full rehearsal.

and again, then just one last time.

Before we knew it rehearsals over, time to get changed and go back home, with thoughts of ..."did we really just do that?"

Sunday evening arrived and it was back on a coach, to a hotel this time to ensure we arrived at the theatre on time Monday morning. Thanks to the Holiday Inn they gave us a room to practice some more prior to pizza before bed.

After a wholesome breakfast it was off to the hotel next door to the theatre, this was to be where our dressing room was for the day. The males shared with Robbie's band, the guys from Zucaroh and the backing singers of Luke Evans. The females had equal star sharing! Next door to our rooms were the Cast of Mary Poppins and Come from Away. It was very surreal walking around, eating and drinking with such famous people.

Time for the dress rehearsal run through, this is filmed and some of the footage is used for the show on the telly. They get a mix of shots and use the best. Whilst waiting in the "donkey run" ( corridor back stage from main dressing rooms to stage) we met Aleksei Goloborodko warming up, what he is able to do is absolutely amazing and we all watched on trying not to let our jaws hit the floor... you need to google him if you have never seen his abilities.

We then met Rob Beckett and Romesh Ranganathan, as we were outside their dressing room. They were really chatty as they ran to their room to get changed. They were less chatty on their way back out as they rushed to get to stage in their skin tight lycra suits! A sight to remember or not!

All too soon the dress rehearsal was over, and it was back to the hotel to get changed ready to practice the finale.

As we came out the Stage Door there were already a number of fans waiting to see their stars. A number of us were asked to have our photos taken with them as we were the first to stop and say hello.

Back to the stage for the finale line up, finally we are on stage with Robbie, Emile, Jamie Cullum, Lewis Capaldi, Frank Skinner... to name drop a few. Everyone was amazing and spoke to us overtime we met then or passed them. We found out we take up the full back row of the finale and stand right inferno of "The Royal Variety Show" backdrop, so you will not miss us!.

Spare time before the show. We had 4 hours to spare so the cadets went viewing sights of London the adults... well they went to Hamley's!

Down out side our dressing rooms was a large telly and also in Mary Poppins dressing room was another. They had it in there as the Mary Poppins crew were first on then disappeared as they had to go and do their own show that night.

The evening seemed to rush really quickly; we saw Prince William and Kate arrive then we were called to stage, we arrived at our holding point in the Donkey Run as Mary Poppins were whizzing past getting changed to go to their show. Before long we were in the wings and the music started it was our time to shine. As we marched on with the Chelsea Pensioners who were backing vocals there was a massive cheer, not that you will hear it on the TV! I could see the whole team grow. I could also see Prince William from the wings. Faultless performance and a massive cheer and round of applause and the curtain was down. It all happened so fast, but the CoD crew were beaming.

Back to the hotel dressing rooms to watch the rest of the show and wait for the finale. We could get in Mary Poppins dressing room now to see the show. We shared the TV with all those mentioned before but also the two children of Mary Poppins and Frank Skinner! Another surreal moment.

Back on stage for the finale, unfortunately not part of the Royal Line up, but we have done more in the two days than ever thought possible anyway.

Time for a few selfies with some stars and of course Colin then it was time to leave.

It was an amazing couple of days, days that are unlikely to be repeated. It was a special crew that worked together to make it real. The ACF makes many things possible and gives memories that will last forever. This is definitely one of those sorts of memories. 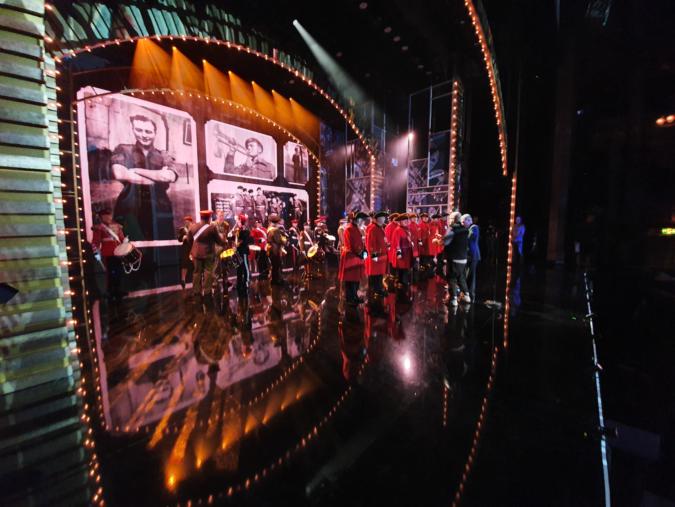 Performance at The Royal Variety Show 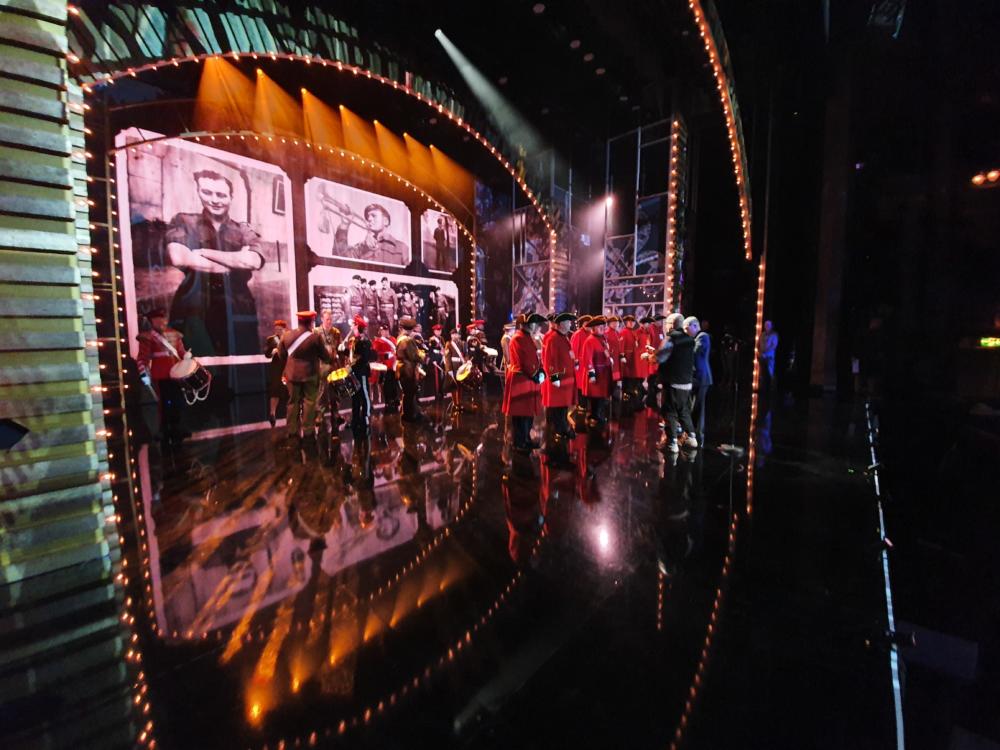 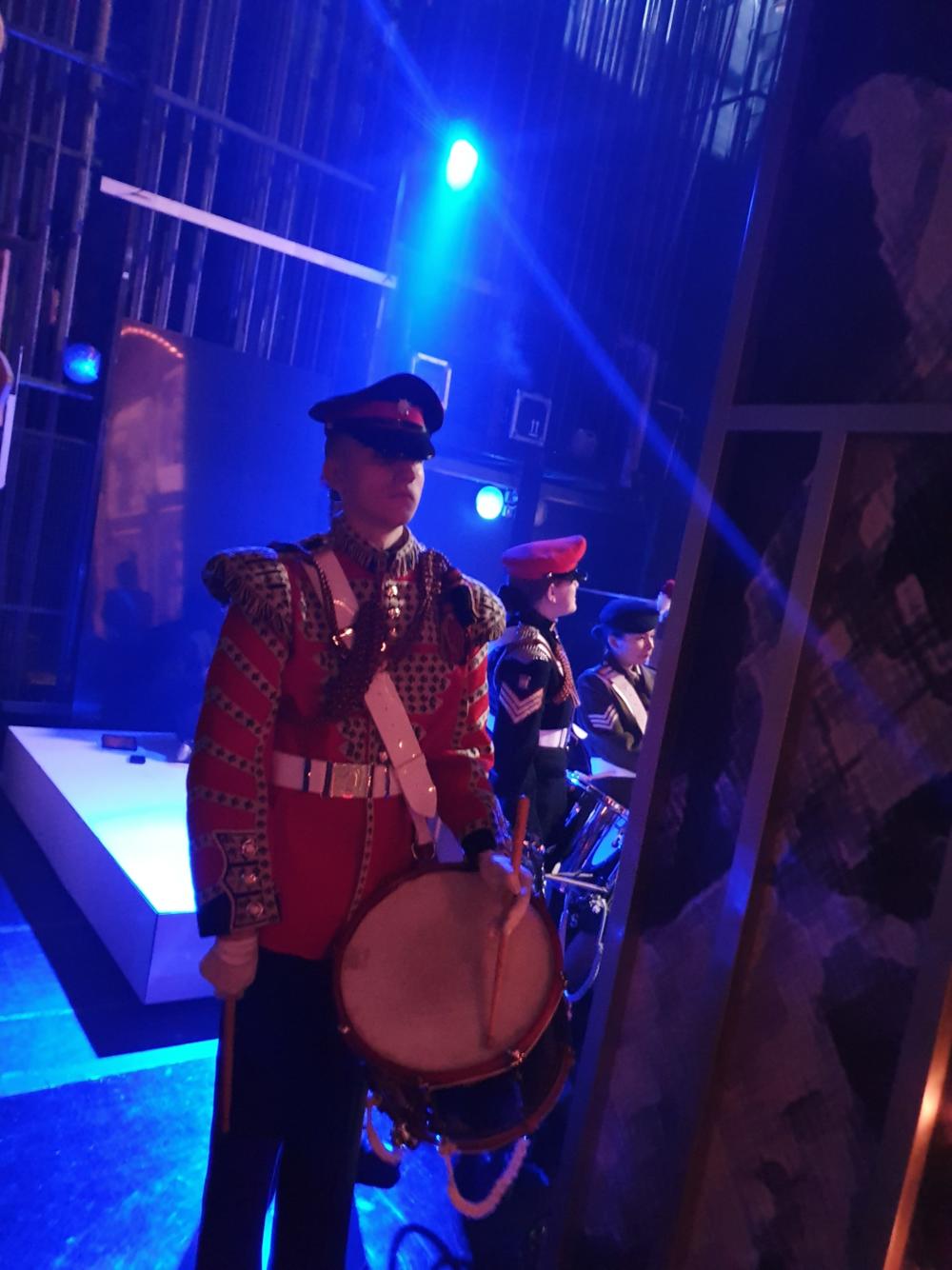 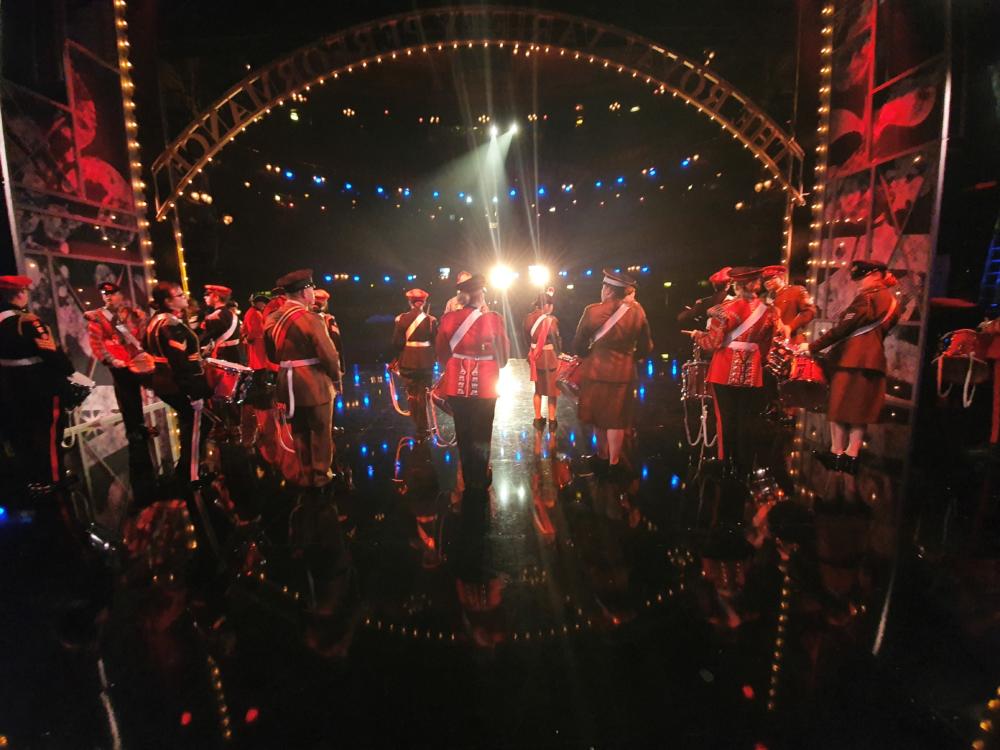 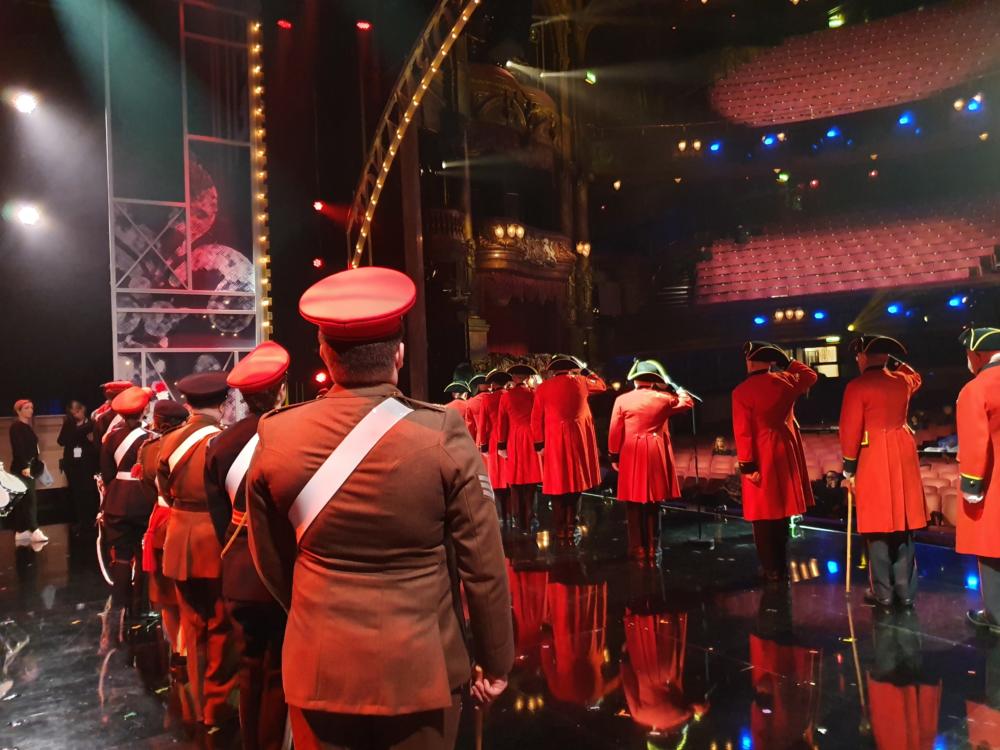 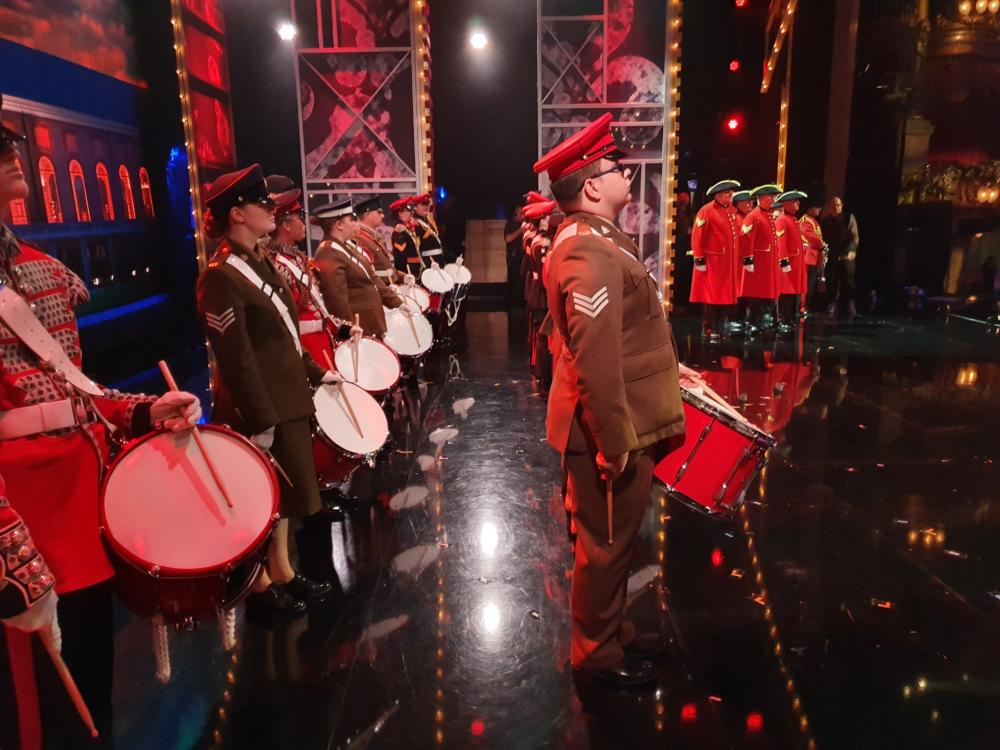 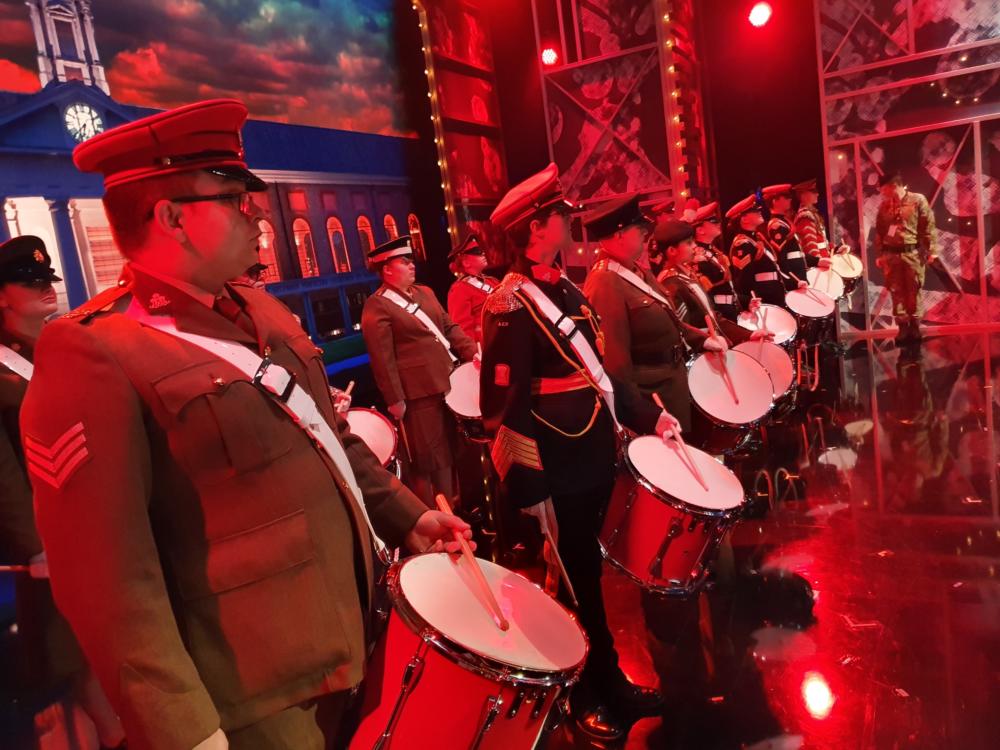 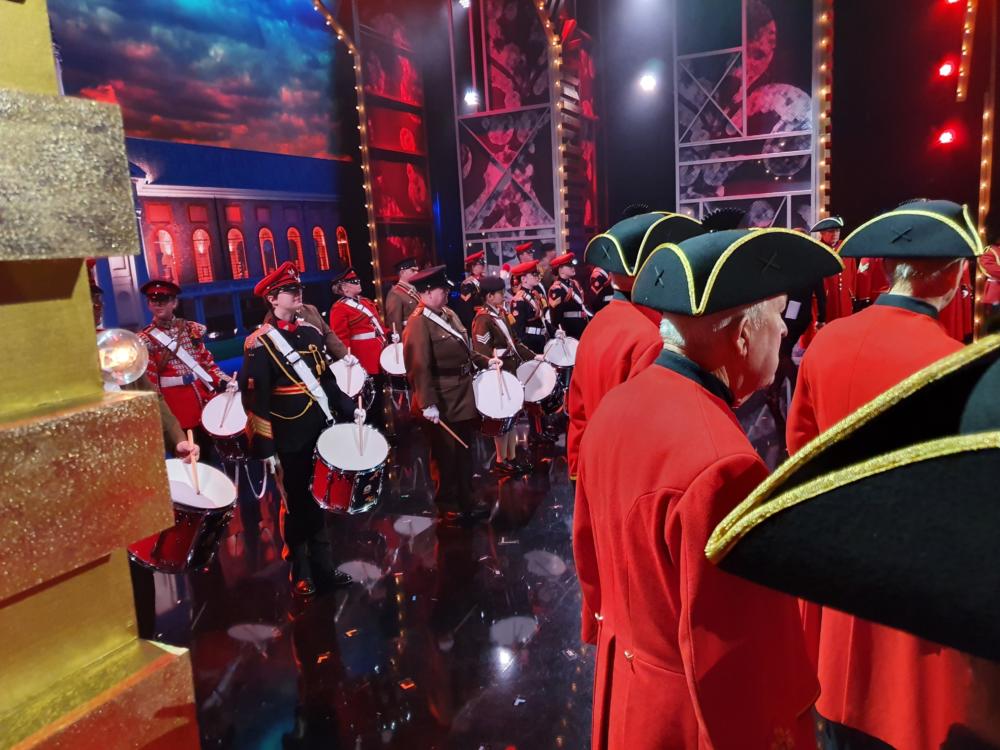 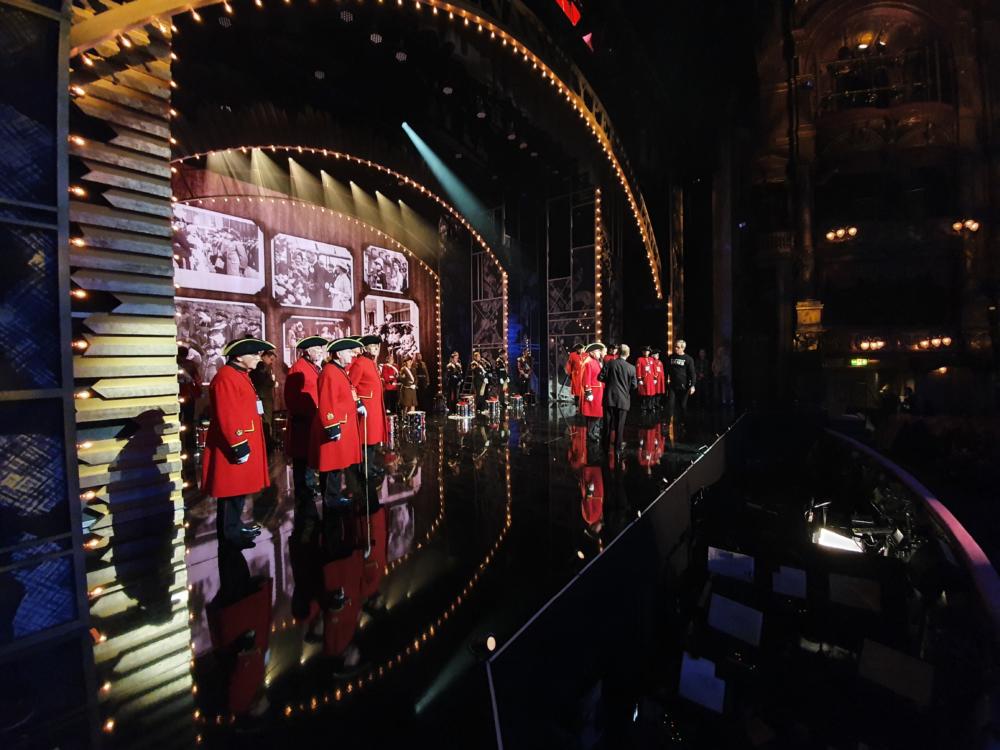 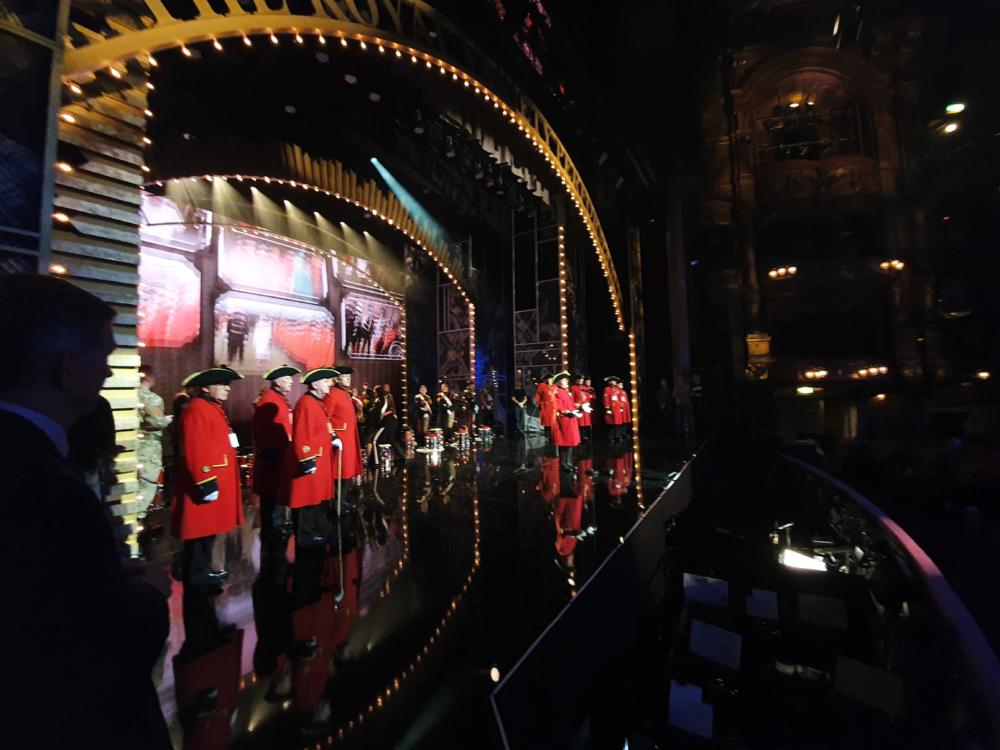 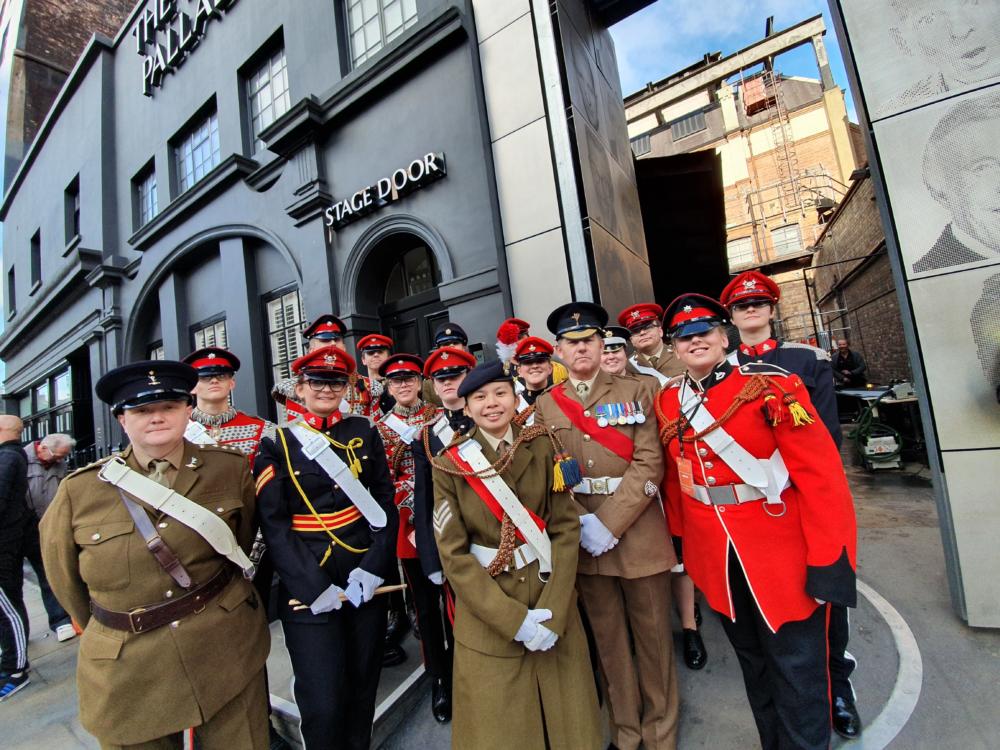 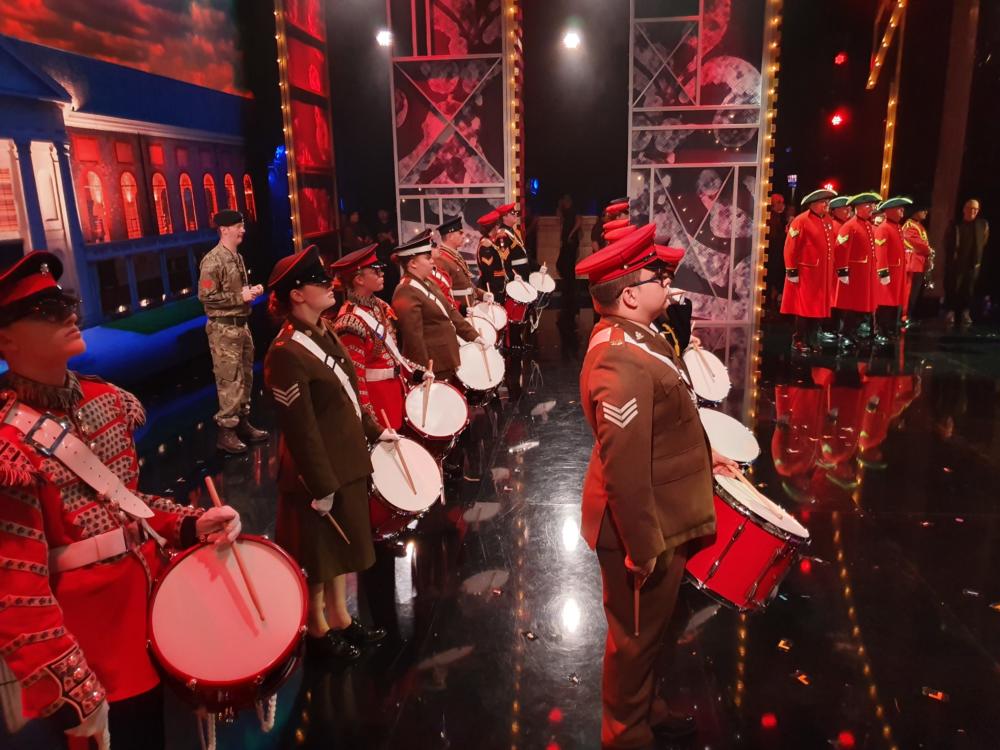 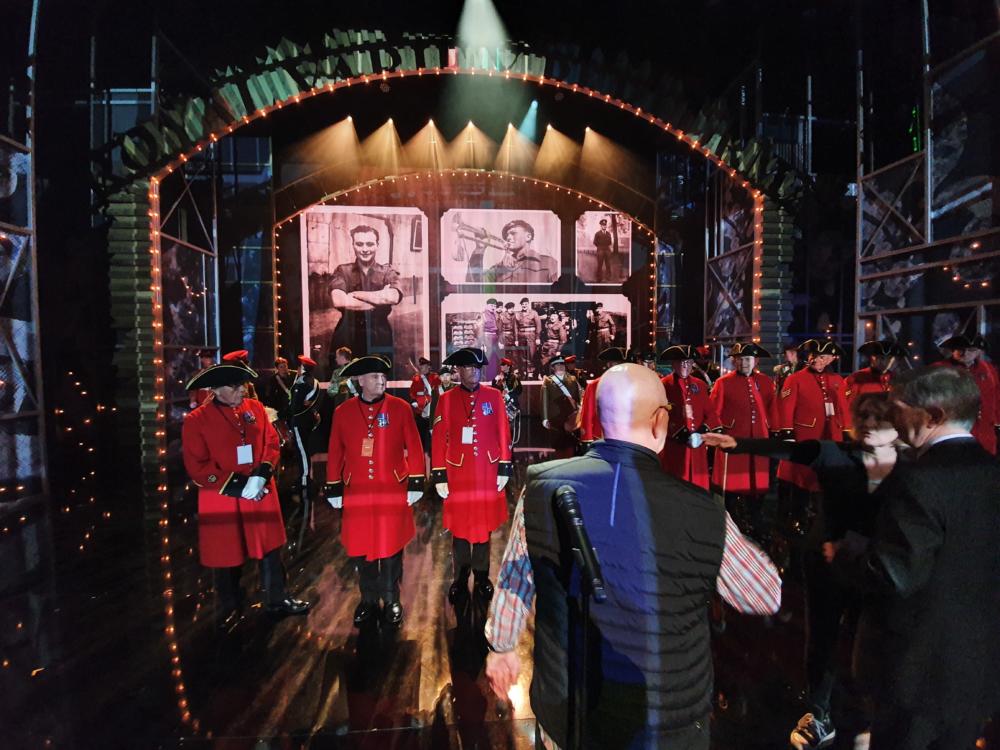 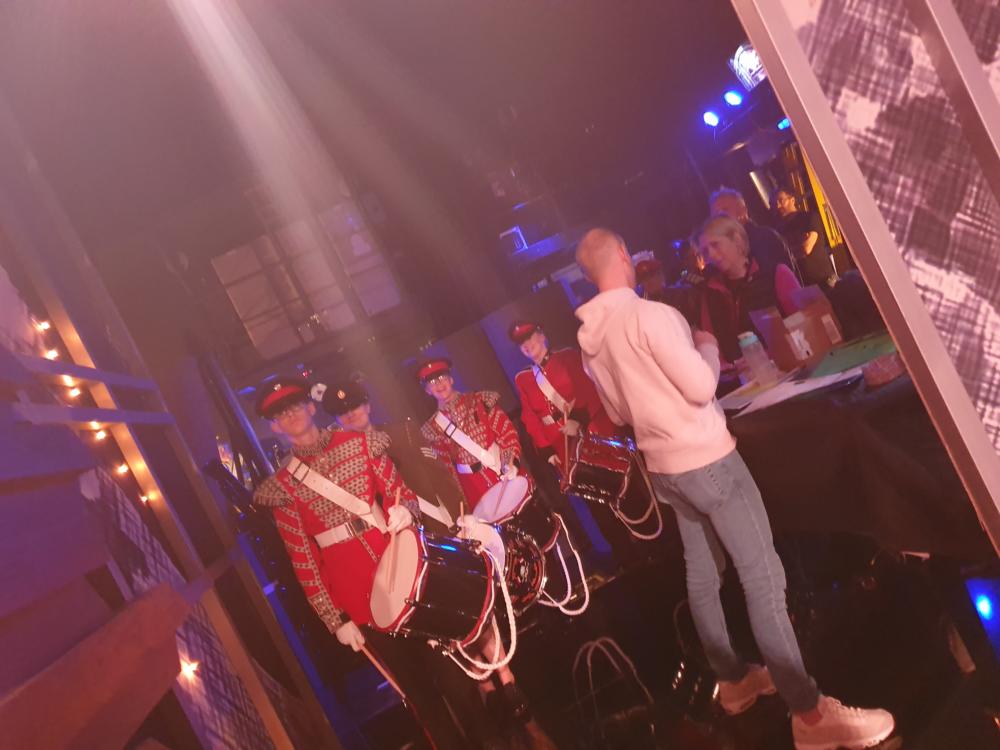 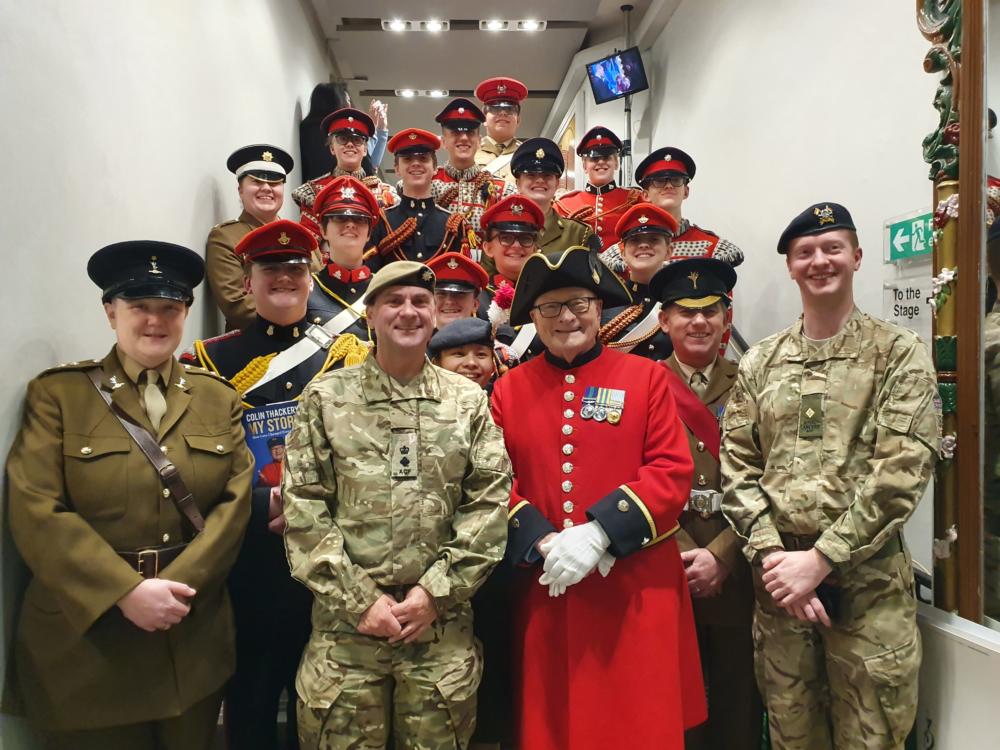 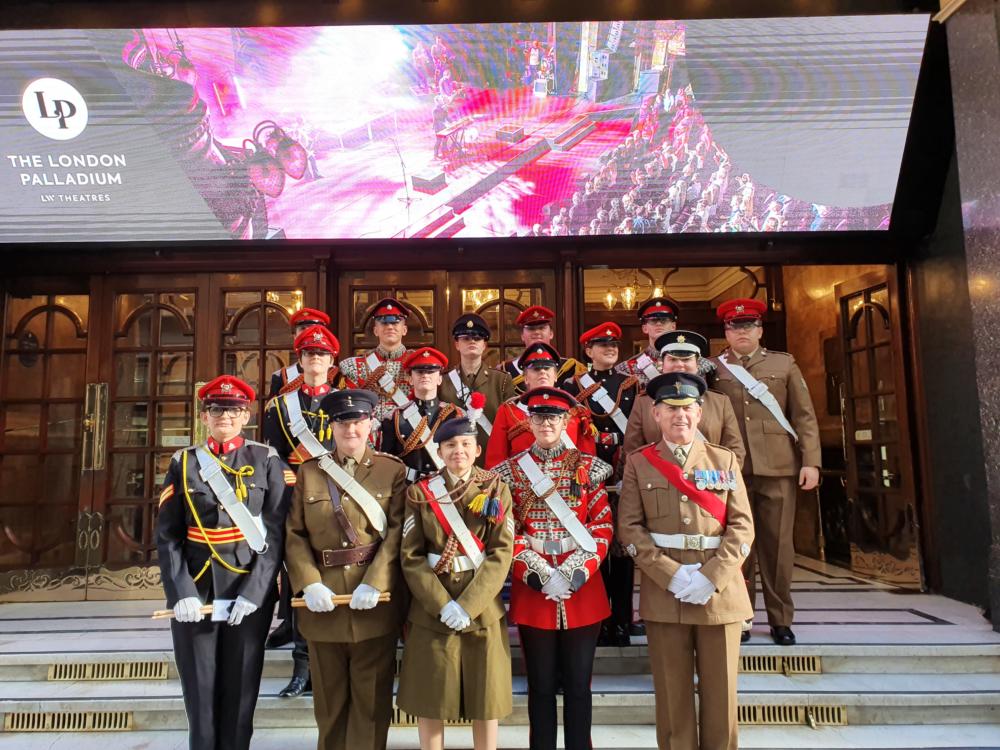 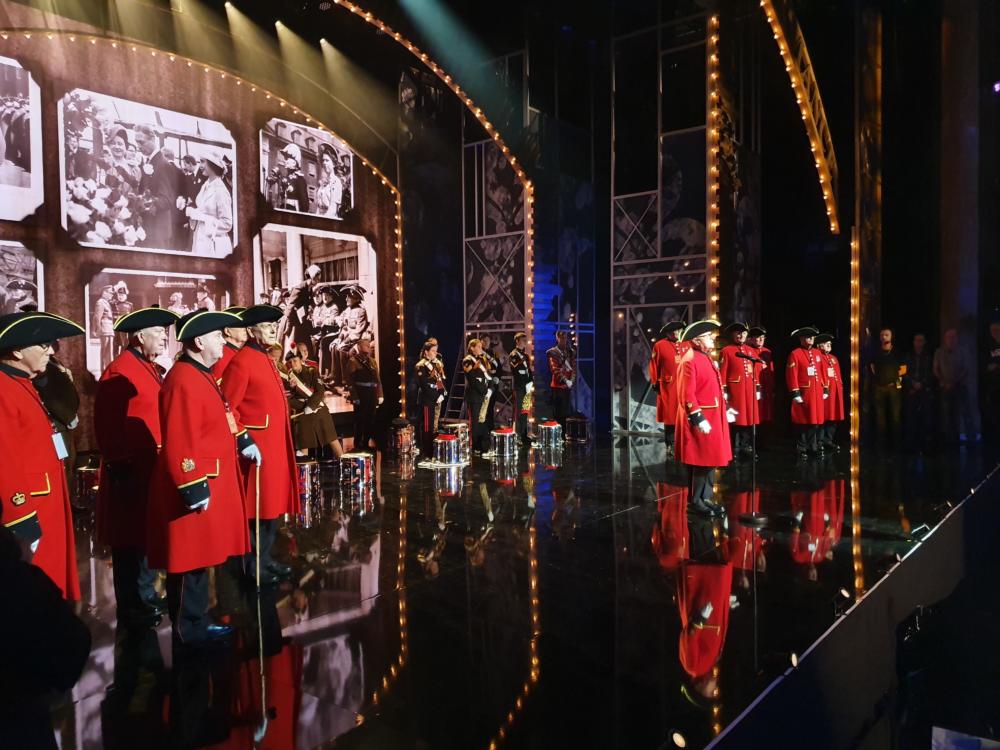 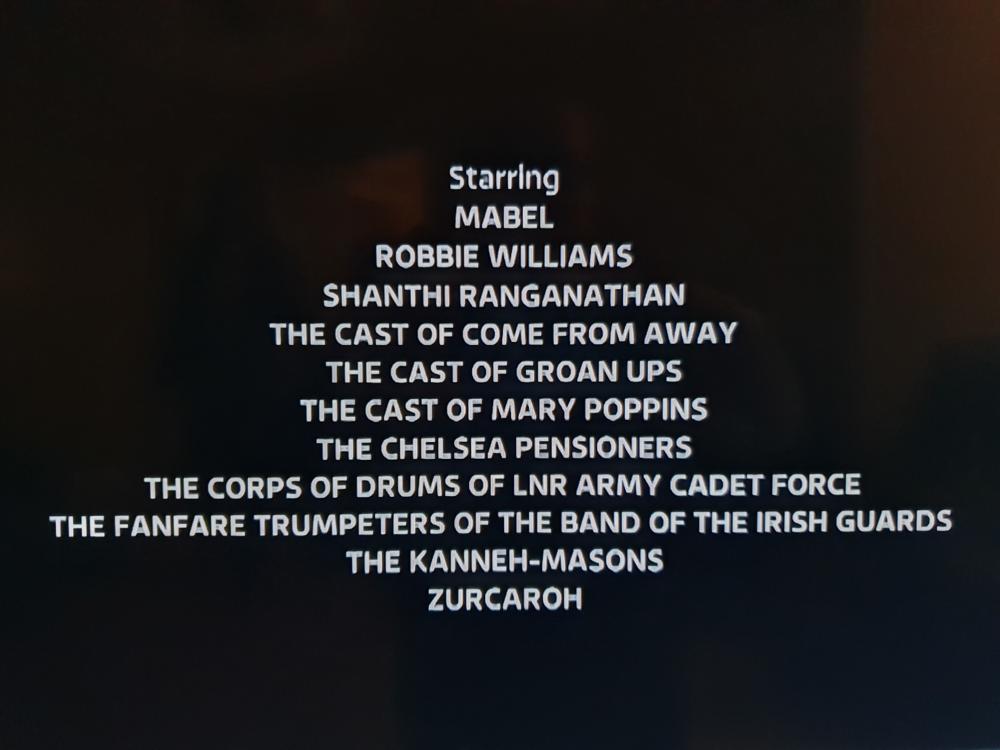 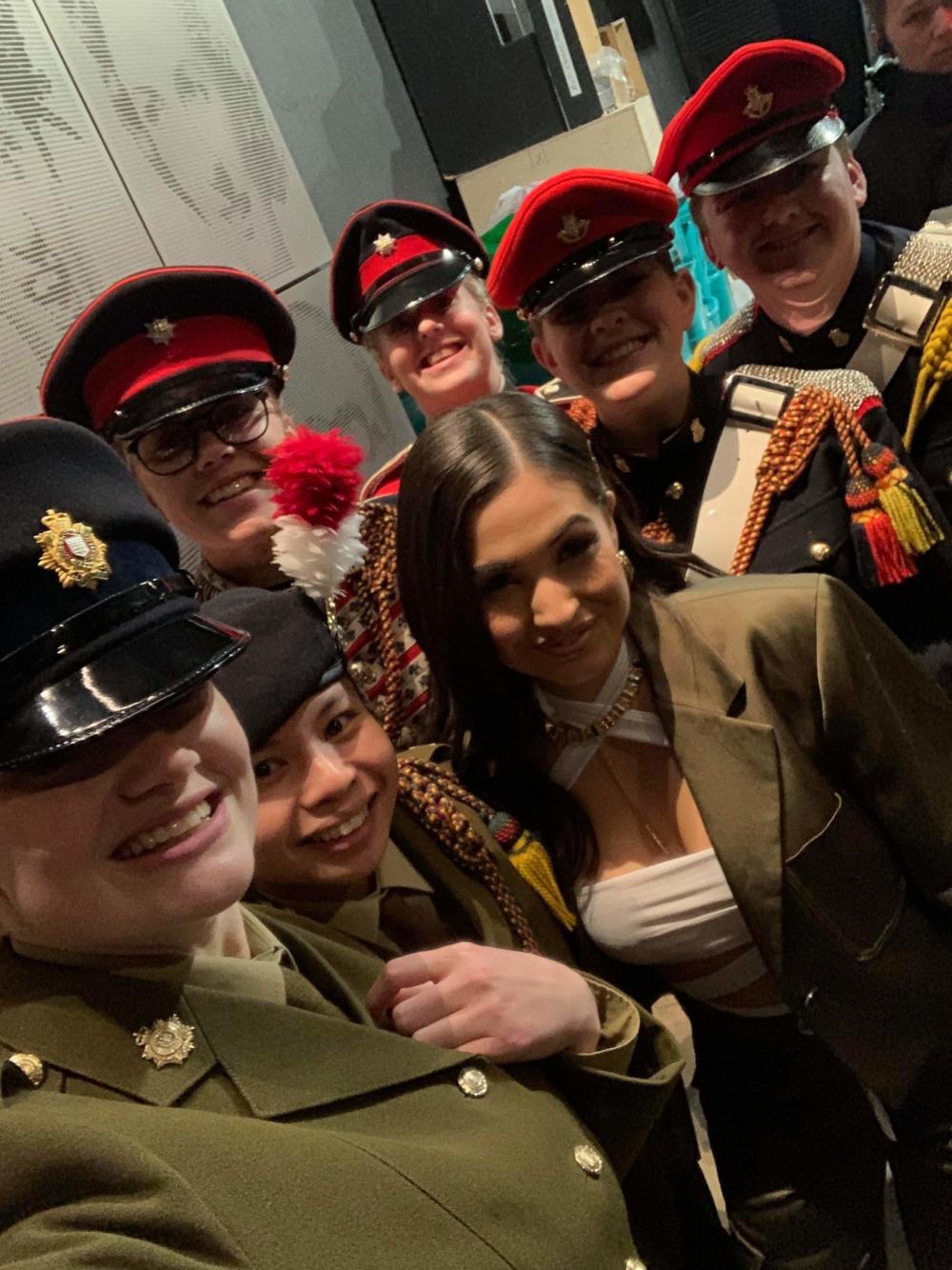 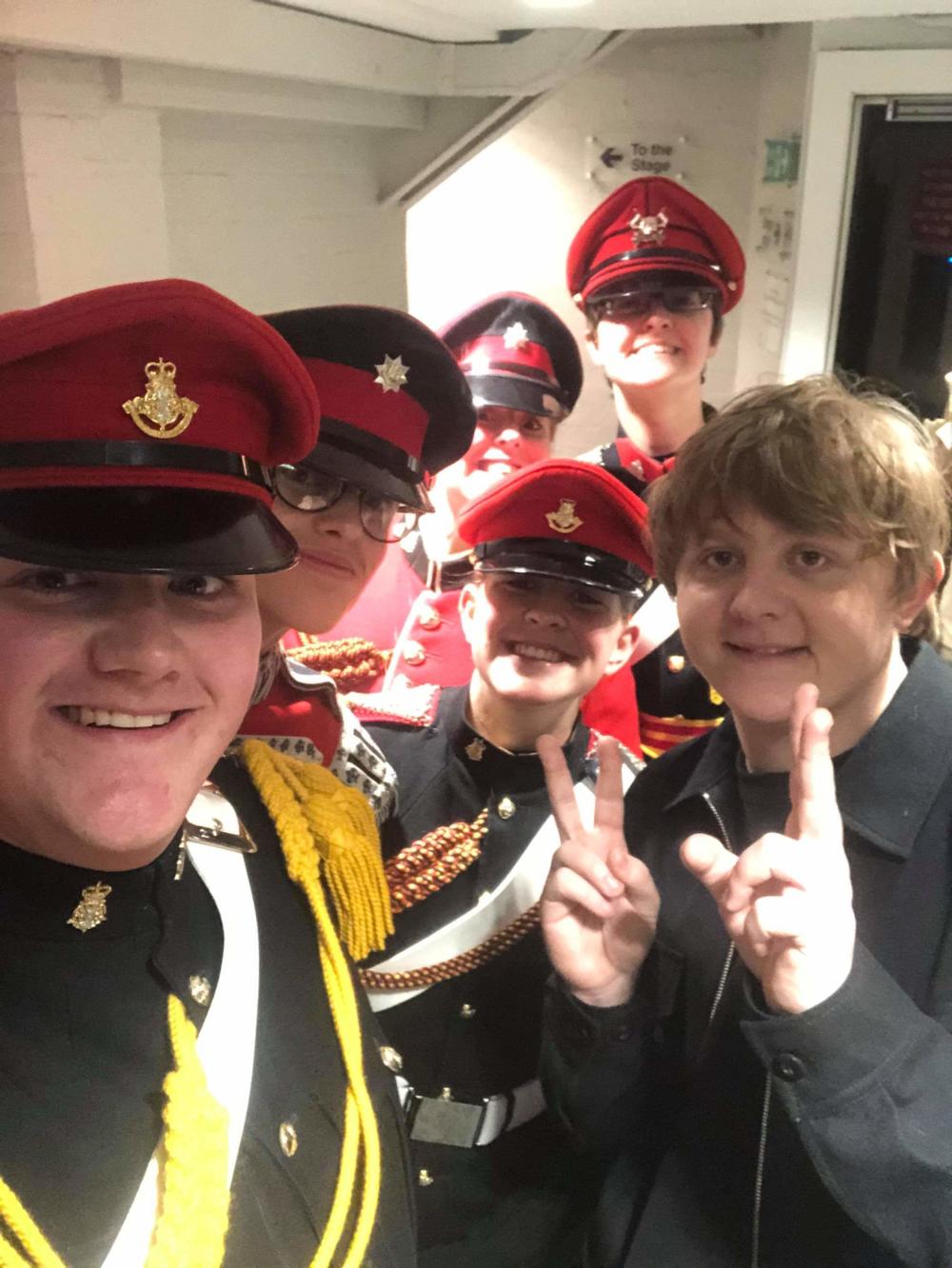 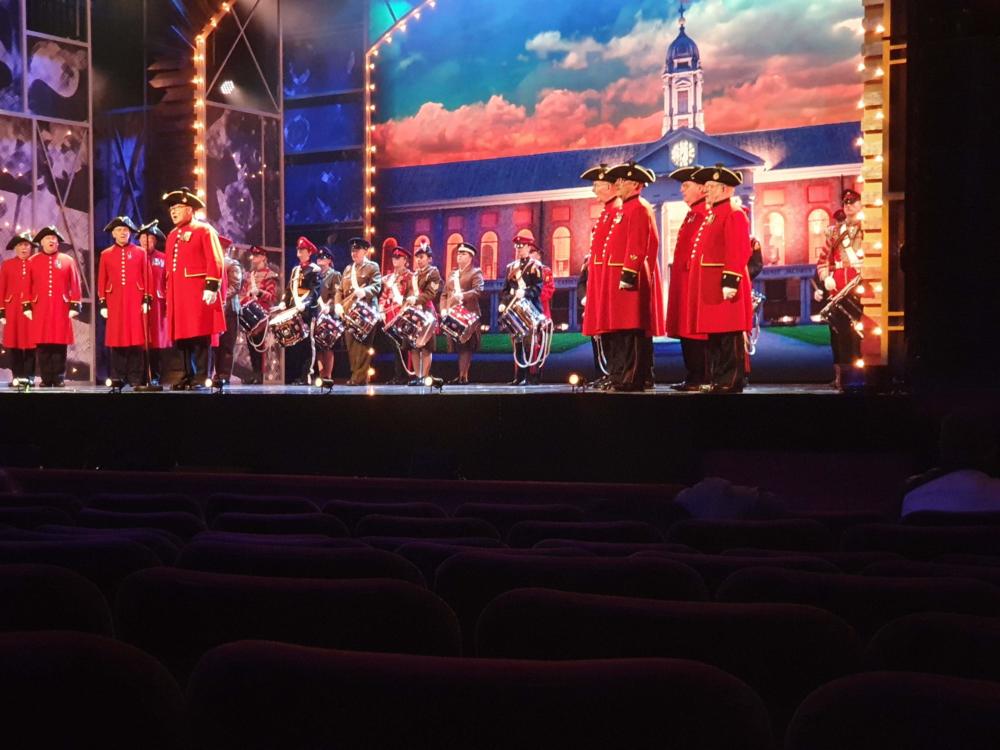 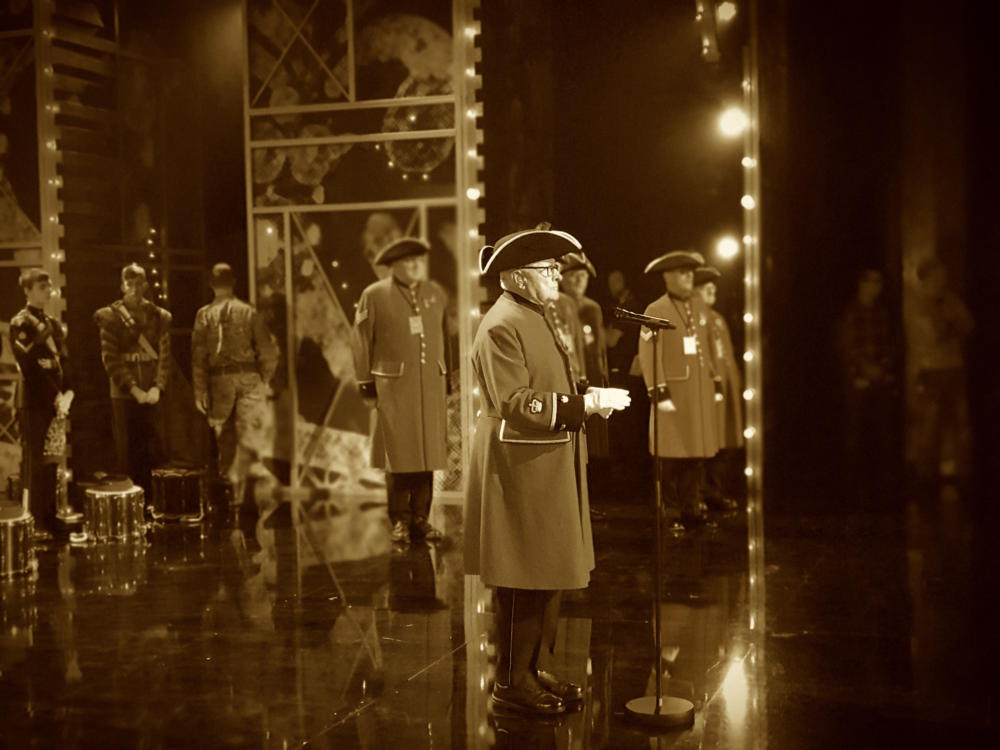