From France to Leigh with Donation! | Greater… | Army Cadet Force

Earlier this month Leigh Detachment, No 5 (Anzio) Company, received a generous donation from the Combined Services Support Group (CSSG). The group is based in Deux Sevres (dept 79) France.

How did a group in France hear about Leigh Detachment in Greater Manchester?

Veteran, Mr Steve Mardsen, originally from Leigh who lives in France, is the secretary of the Combined Services Support Group (CSSG). Mr Marsden served with 1 Para (Parachute Regiment) from 1985 to 1992. He completed several tours of Northern Ireland and whilst a serving soldier visited several countries which included: Cyprus, Norway, Germany, USA, Kenya and Canada. Mr Marsden grew up and went to school in Leigh and loves the work of the Army Cadets with young people and wanted to help them purchase some equipment that will benefit the cadets.

The CSSG Charity is made up of ex RAF, Navy & Army personnel and civilian supporters with around 18 members. The group has a great relationship with French Veterans. Remembrance Day, which is always on the 11th November in France, is the day when they all come together for the Remembrance Parade, and a meal and sing song after the event.

The main aim of CSSG is to raise money to support service personnel, veterans and their families who have been injured or killed in service. Previous donations have been made to various charities which support serving soldiers and veterans. These include: SSAFA, Blesma, Help the Heroes and Combat Stress. CSSG has also donated to different French charities such as the Fire Service and Lifeboats.

The group raise money in various ways with the main event being a Garden Fete, which is held at the Chairman & Treasures home John and Susan Blair. The fete includes, music, food & drinks and bric a brac stalls. Other fundraising is through tombola stalls at events in and around the area where they live. In late 2019 Mr Mardsen successfully completed a ten-mile run carrying 35Llbs in a Bergen (rucksack). This raised 650 Euros for CSSG.

CSSG are a small charity with members raising a few thousand euros each year. The dedication of all the members to raise money for others is truly selfless. The cadets from Leigh Detachment are amongst the lucky recipients to benefit from the generosity of the group.

Capt Chris Townson, Company Commander, Waterloo Company, agreed to meet with Mr Mardsen to thank him and the CSSG Charity for their very kind donation to the cadets.

Thank you to everyone at Combined Services Support Group Charity for your donation. 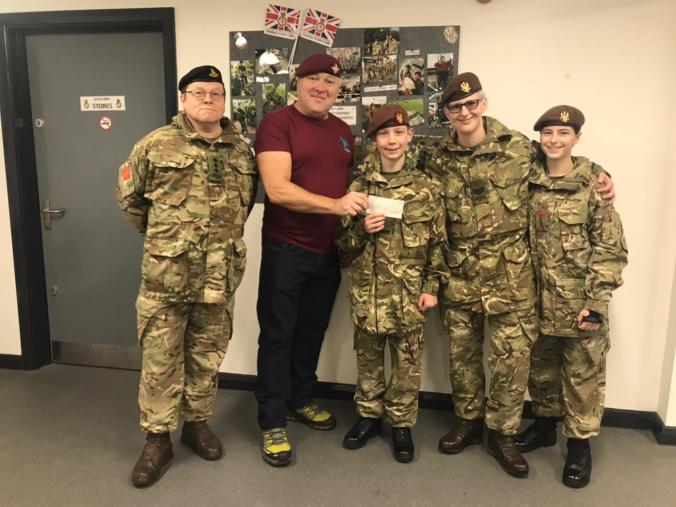 From France to Leigh with Donation! 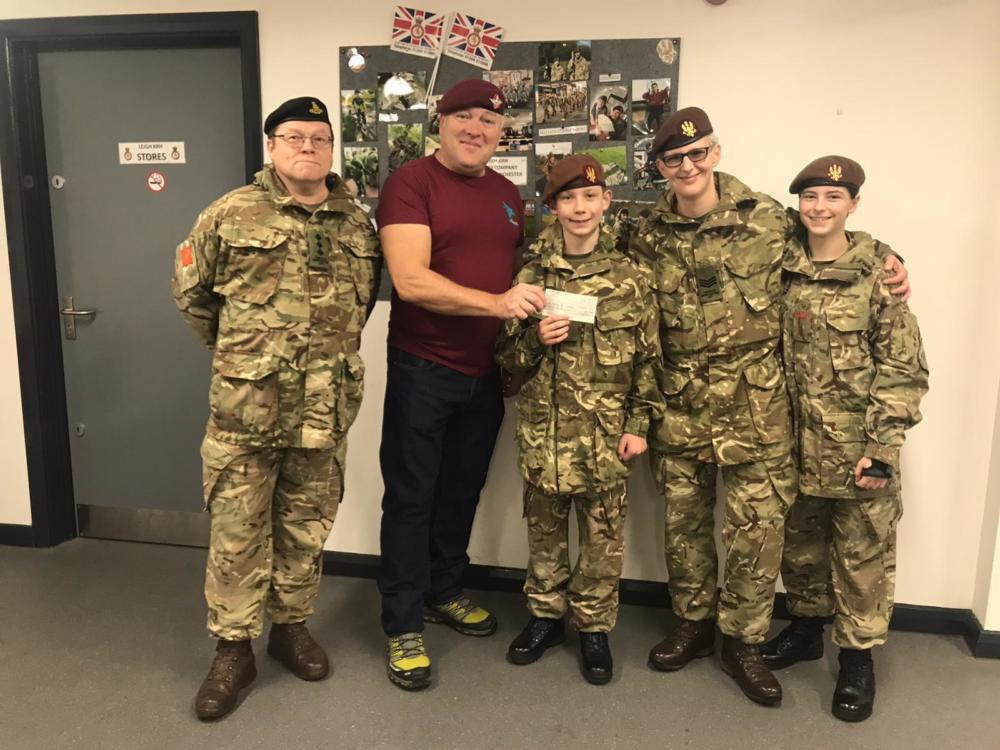