On the 4 October 2015 Major Glen Yarr, Company Commander of Number 6 (Quebec) Company, appointed SI Ryan Gemmell as the Detachment Commander of newly-created Beswick Detachment, based in East Manchester Academy School, Beswick. Sadly, on the 27 January, the Principal of the Academy, Mr Guy Hutchence passed away. He had served as a teacher for over 30 years with great dedication and had been a great supporter of the Army Cadets. He was a moving force in the creation of the new Detachment, which he hoped many of his pupils would join.

Currently over 30 young people from The East Manchester Academy are enrolled as Cadets at Beswick Detachment and all were deeply saddened by the news as were many of their schoolmates.

On the weekend of 30-31 January, 6 Company, including members of Beswick Detachment, were in Camp at the Cadet Training Centre. When Major Yarr heard of the sad news, he contacted the Senior Chaplain of Greater Manchester Army Cadet Force (GMACF) and asked him to be on hand that weekend, should Cadets or adults need support after the loss of their Principal.

Padre Gerard Fieldhouse-Byrne duly attended on Saturday and met with Cadets and staff and together it was decided to hold a service of Remembrance. Cadets and Adults shared their fond memories of Mr Hutchence during the service.

SI Ryan Gemmell, himself a Cadet from the age of 12 until he was 18, shared his personal memories of Mr Hutchence and how he had played a huge part in helping to shape his future, and credits Mr Hutchence and the Army Cadets with who he has become today.

Ryan and his twin brother Ricky first met Mr Hutchence in 2004 at Cedar Mount High School in Gorton, Manchester at the age of 11. Mr Hutchence was the head teacher at the time. Ryan confesses that at the time he was “… a bad lad whose behaviour was out of control and who wouldn’t do anything he was asked.” He was excluded many times for his unacceptable behaviour which Ryan now realises was appalling. But, he was never permanently excluded and Mr Hutchence always gave him positive feedback when doing the right thing and said he believed that Ryan’s behaviour would change one day. By Year 10, Mr Hutchence’s prediction was coming true as Ryan accepted that he would need to concentrate on his GCSE’s if he was to have a future. He was lucky; his mum had never lost her faith in him and Ryan prospered in the Cadets (eventually, he would end his Cadet service as Cadet CSM of 2 Company). As Ryan started his final year, Mr Hutchence left Cedar Mount to take on a role helping to design and build the new school which is the current East Manchester Academy. When the school was completed, Mr Hutchence was appointed Principal, ahead of opening its doors to Year 7 pupils in September 2010.

After leaving school with 10 GCSE’s, Ryan trained as a chef in a Manchester City Hotel and remained there until a vacancy arose in 2011 at The East Manchester Academy as a P.E. Apprentice, (the year that Ryan returned to the Army Cadets to train as an Adult Instructor). He applied for the position as P.E. Apprentice and was interviewed by Mr Hutchence and one of his colleagues. At the end of the interview, Mr Hutchence told Ryan “I am going to take a chance on you as I believe you will make a success of the role and will go further in your career”. On completing the apprenticeship in 2012 Ryan went on to become a Teaching Assistant and then a Pupil Support Leader in 2013 a post Ryan continues in this post today.

Ryan has never forgotten the words and the positive influence that Mr Hutchence has made on his life and for this he will always remember him.

At the end of the service the Cadets and staff wrote messages on balloons and released them to fly above Holcombe Moor Training Centre.

The funeral of Mr Hutchence will take place on the 11 February. A large attendance by past and present pupils is expected.

Do you have what it takes to serve with GMACF, either as an Adult Volunteer or as a Cadet? Are you looking for an opportunity to work hard and develop new skills? If so, why not contact GMACF County HQ on 01204 512600. 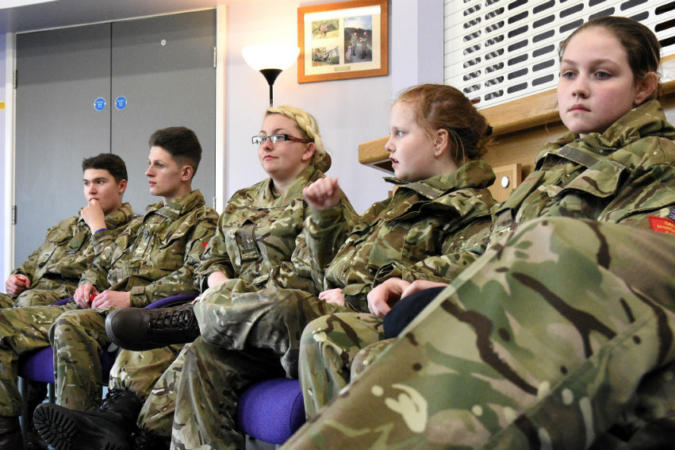 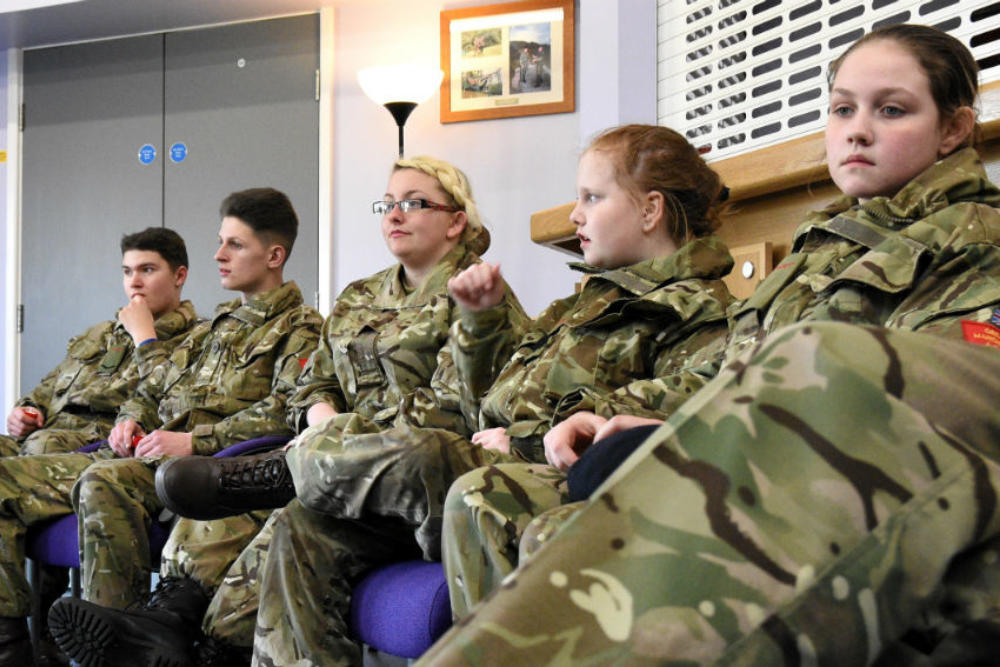 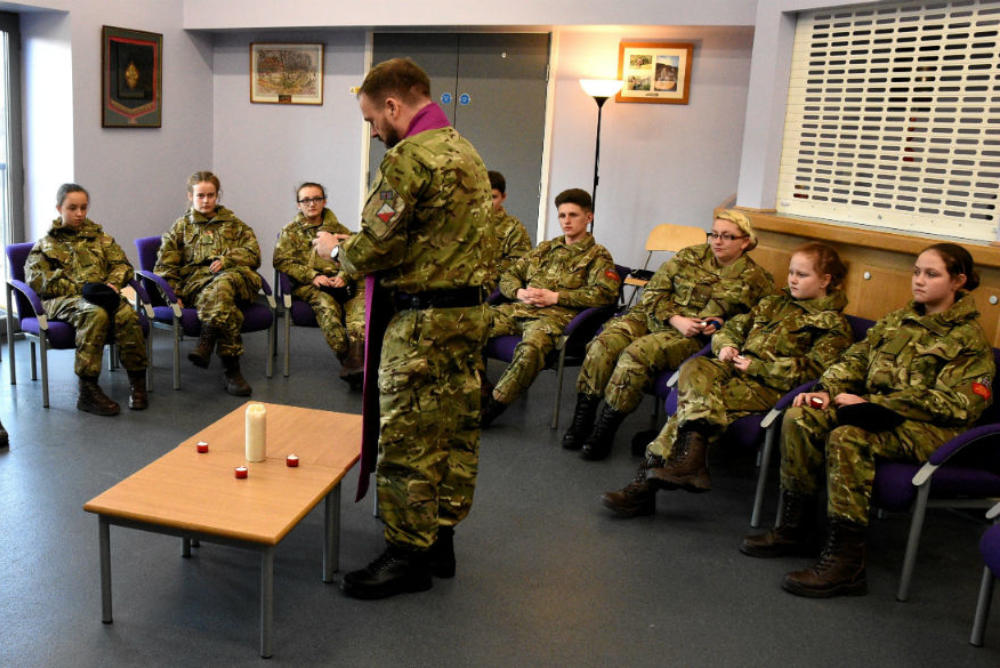 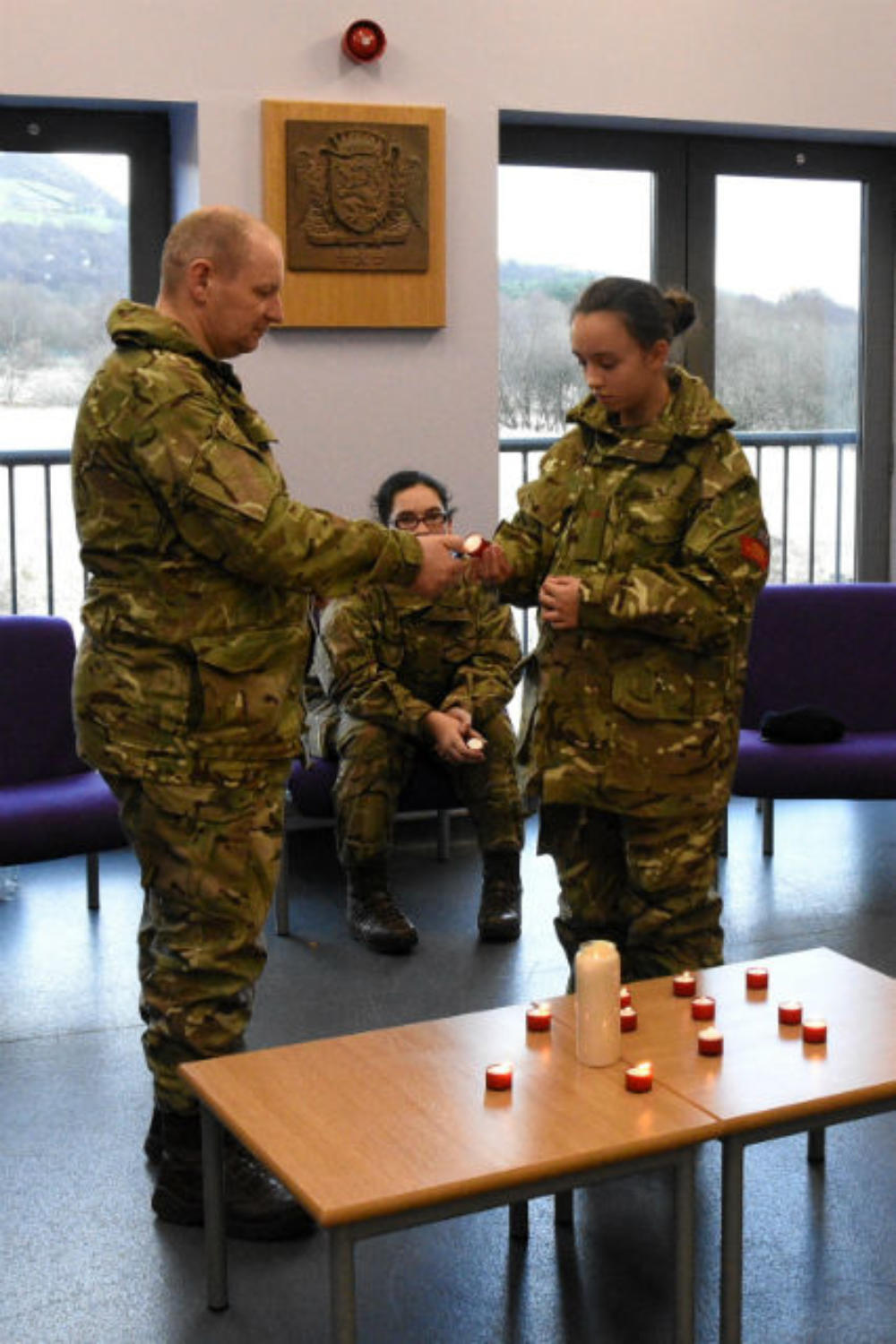 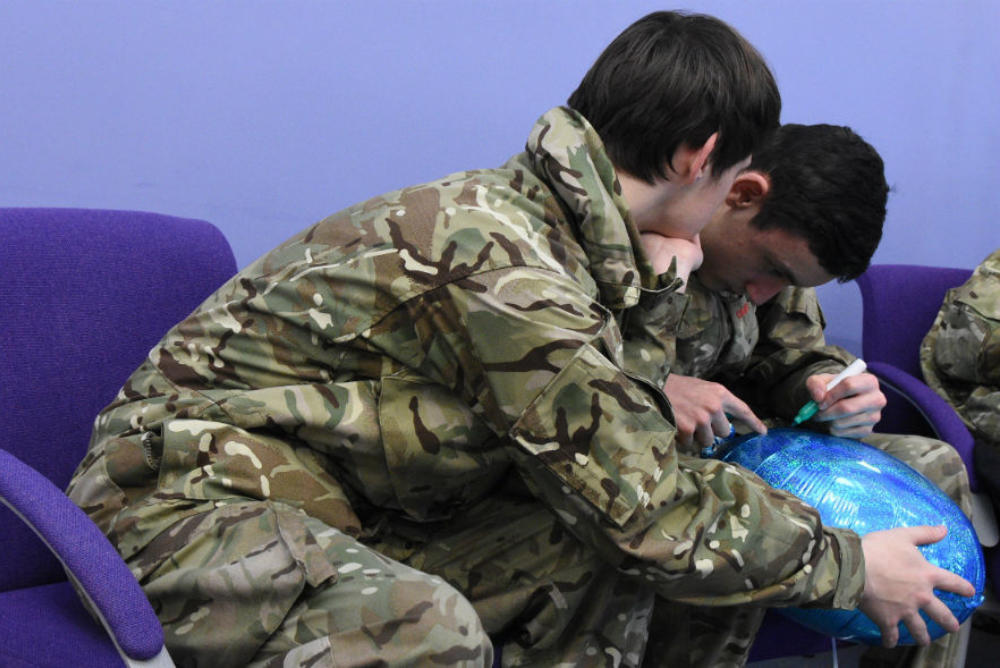 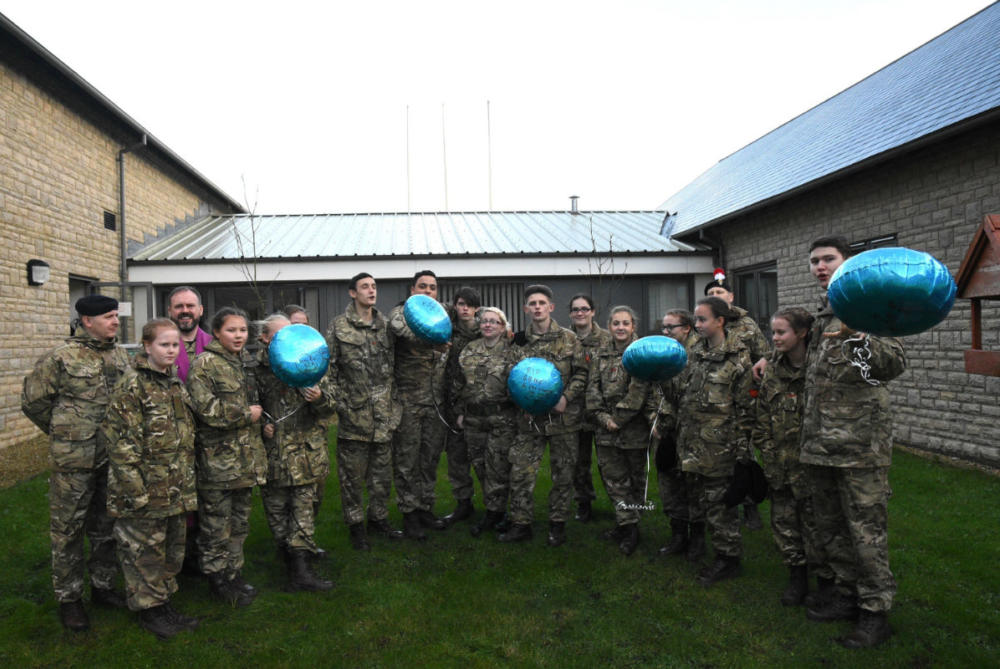 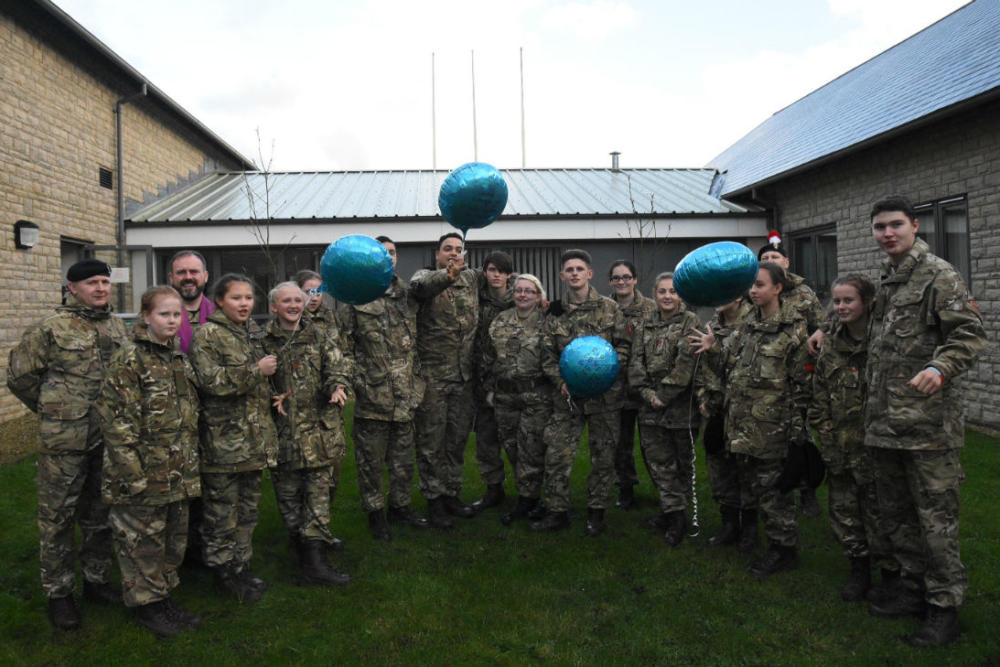 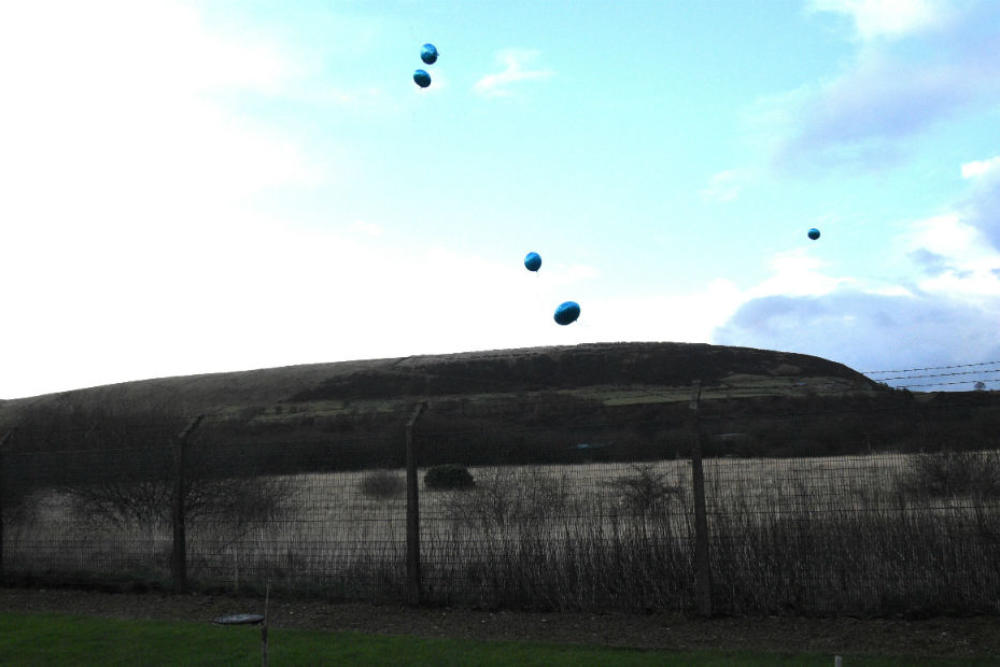 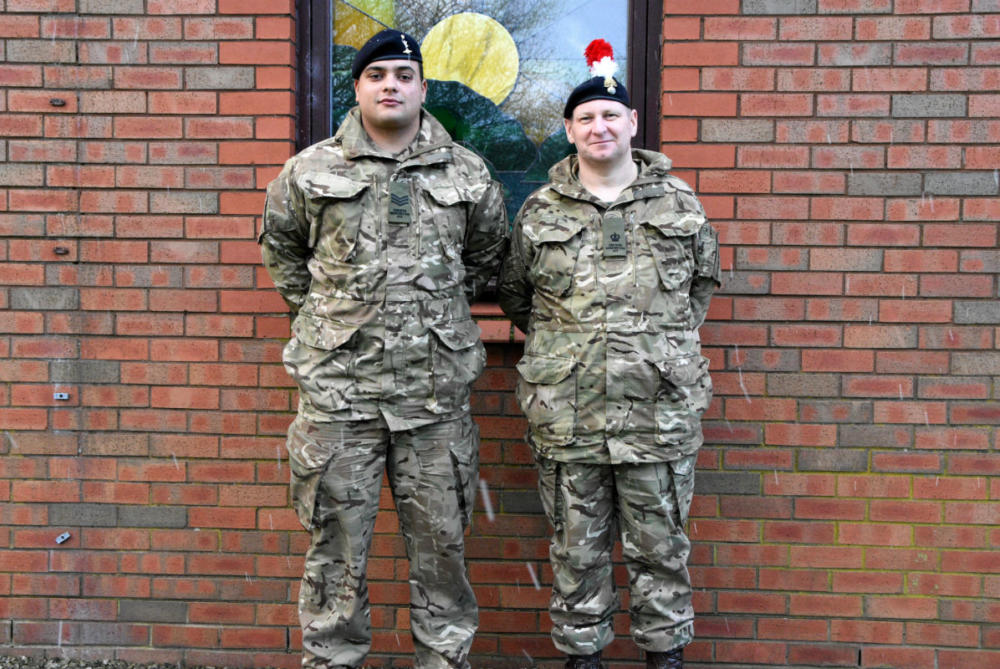