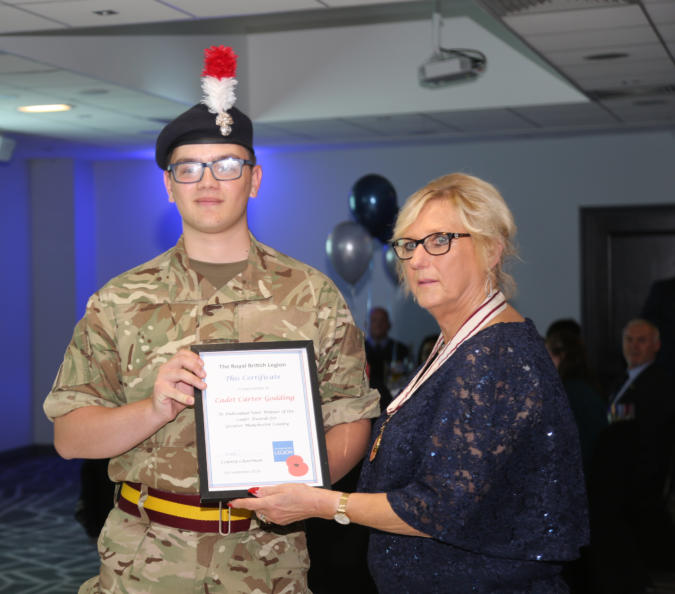 Cadets from Bury Detachment honoured by the Royal British Legion at a Gala Dinner. 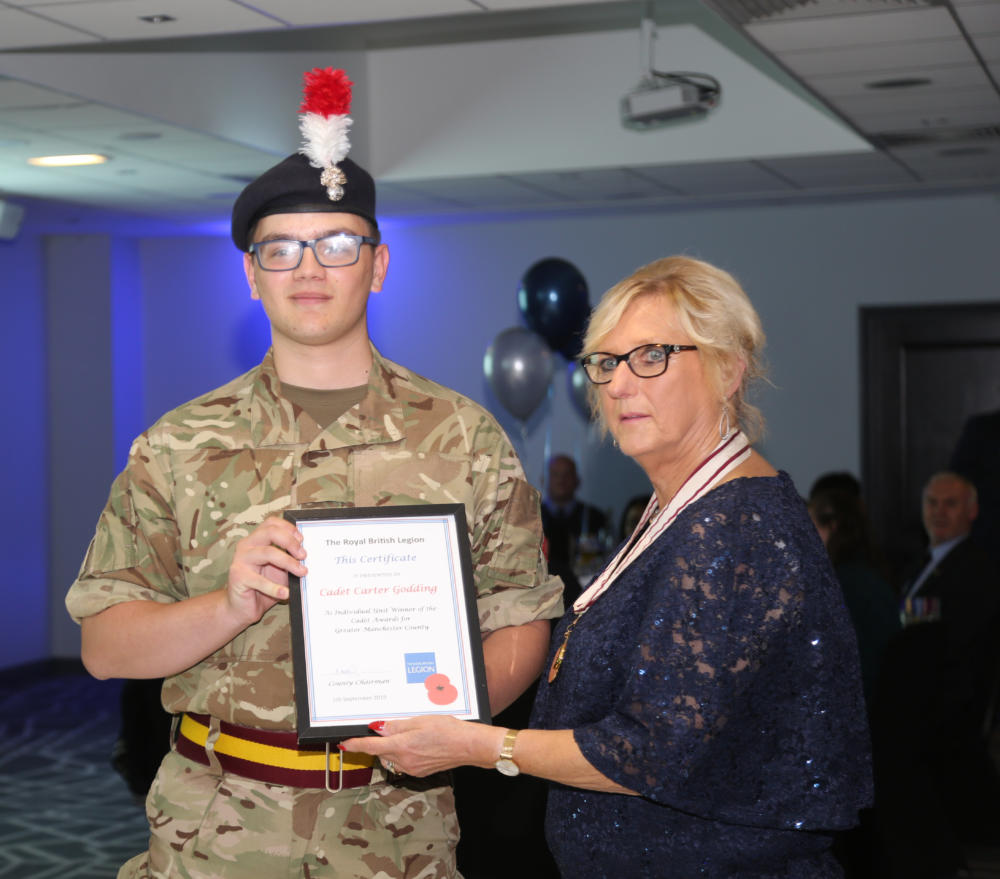 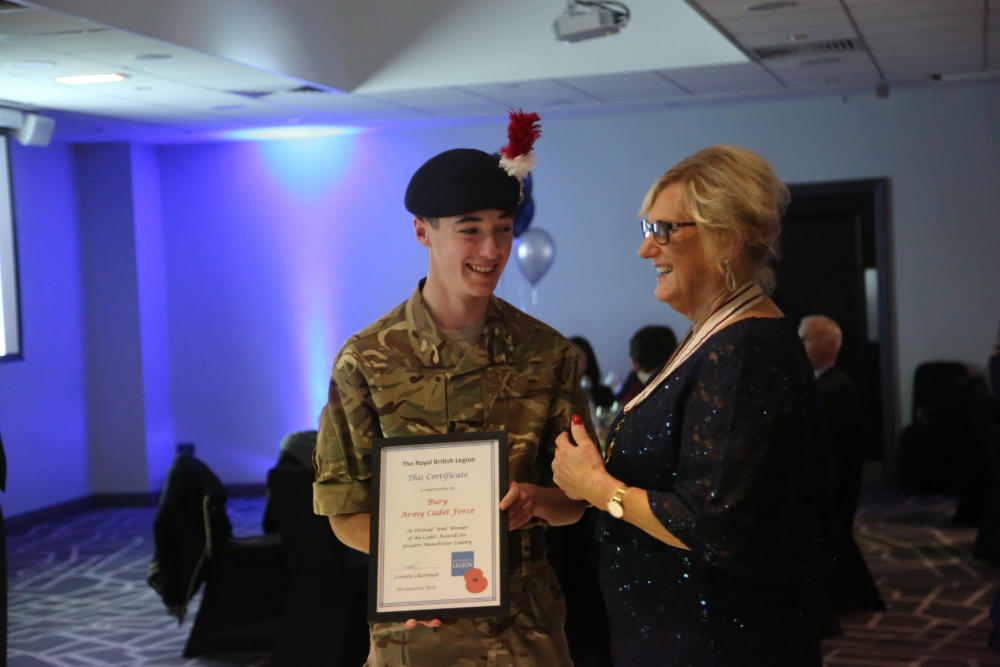 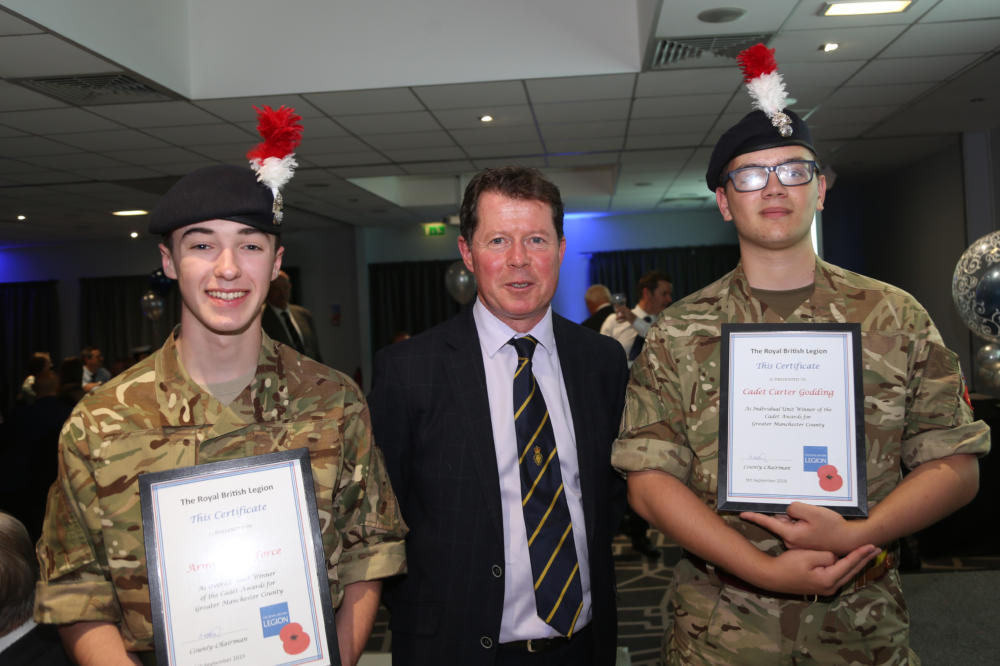 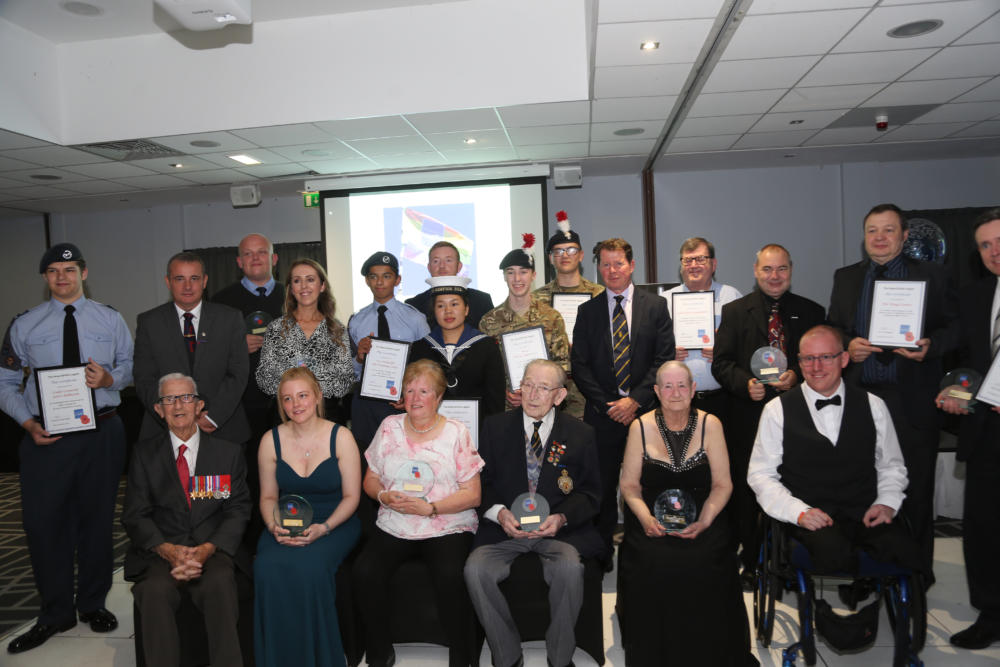 Two of Bury Detachment cadets were presented with awards by the Royal British Legion at a Gala Dinner held at the Village Hotel in Bury on the evening of 5 September.

Every year, volunteers from all over the country take part in the Annual Poppy Appeal. The Cadet Forces are no exception. Bury Army Cadets smashed their previous record totals by collecting almost £8000 during the 2018 Poppy Appeal. This was the largest total collected by cadet detachments across Greater Manchester.

Lance Corporals Godding and Hetherington were invited by the Royal British Legion to attend their annual Gala Dinner for Greater Manchester and Lancashire, where volunteers, private and public sector organisations as well as representatives of charities were honoured for their work over the past year on behalf of veterans and their families.

The evening consisted of a formal meal with the compere introducing various speakers throughout the evening. These included a D-Day veteran who had visited Normandy with the Royal British Legion and a soldier severely injured in Afghanistan who was helped with special adaptations in his house.

Lance Corporal Godding was recognised for individually raising over £400 for the Poppy Appeal, an incredible achievement which took place over two consecutive weekends.

Lance Corporal Hetherington was awarded a certificate on behalf of Bury Detachment for the Detachment’s efforts in raising just under £8000. All members of the Detachment participated with staff and cadets giving up two weekends to help raise this fantastic total.

After the dinner, Lance Corporals Godding and Hetherington met Charles Byrne, the Director General of the Royal British Legion who thanked them, and the Detachment for their magnificent efforts.

If you are over 18 and would like to come along to our next open day on the 5th October, please contact our County HQ on 01204 512600 to register your interest or click on the link below, complete the online form and information will be sent out to you.

Greater Manchester Army Cadet Force can also be found in other locations on the Internet: