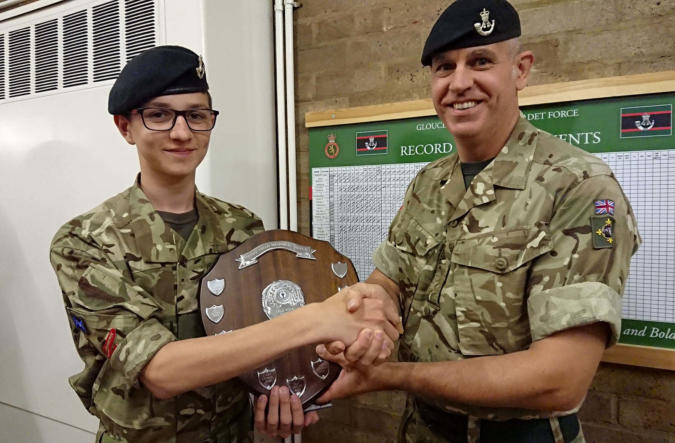 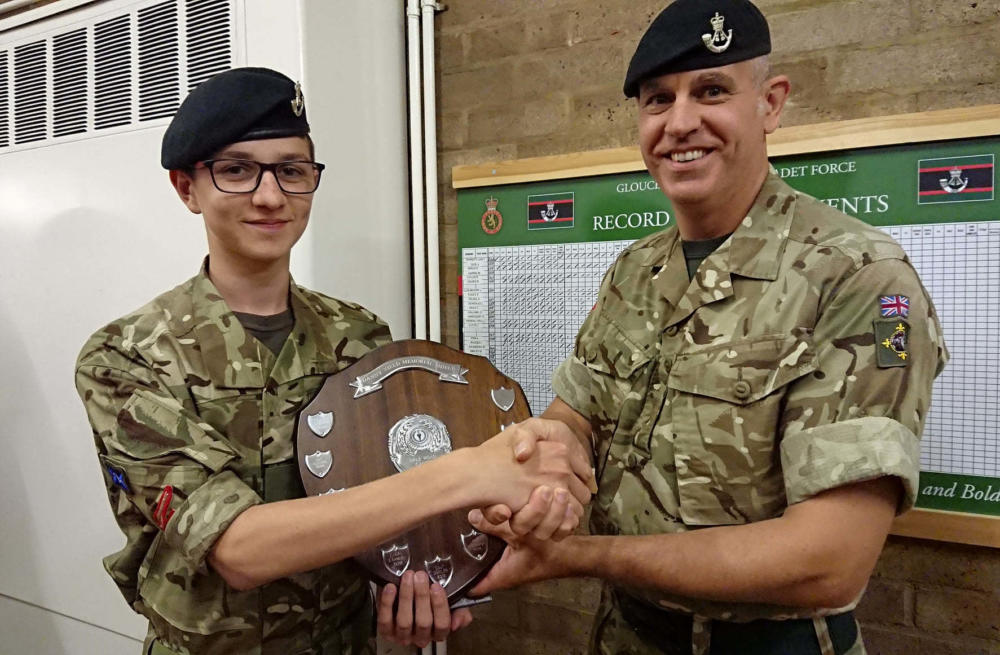 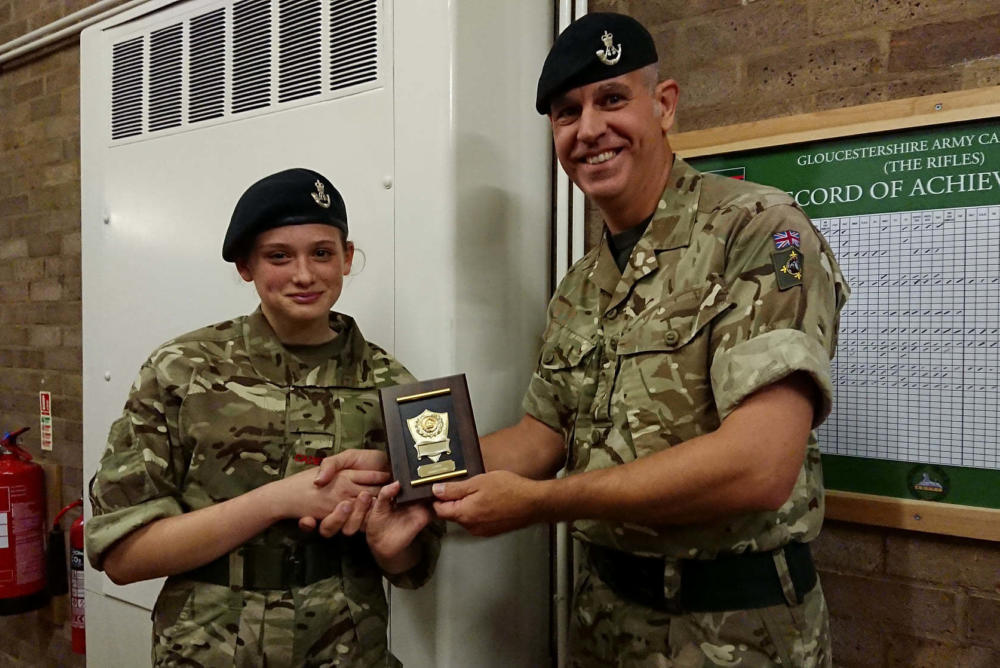 Arle Road Platoon have enjoyed another successful Annual Inspection where they were once again rated "Above Standard" - the highest grade a platoon can achieve.

Every year each platoon must be inspected by a Senior Officer from an external unit, to ensure they are delivering the best possible cadet experience. This year Arle Road Platoon had the pleasure of hosting Major Jon Beake from City and County of Bristol ACF who inspected the cadets, reviewed the running of the platoon and observed several lessons being delivered by our Adult Volunteers.

At the end of the inspection, Major Beake took the opportunity to award the Danny Nield Memorial Shield to the best cadet within the platoon. This year, the award was presented to Cadet Lance Corporal Birch. Runner up for the title of Best Cadet was Cadet Gray.