Essex is host to just over 900 cadets and almost 200 Adult Volunteers, across 32 detachments. We'd love to add one more to these numbers, so find your nearest detachment location on the map below, then click the join now link to get involved.

Thanks from our Medical Support Officer

Promotion for our Medical Support…

A perfect day at the lake

Read all about the Senior Leadership Team in Essex

Colonel Leona Barr-Jones graduated from the Royal Military Academy Sandhurst in 1991 and was commissioned as an Army Officer. Serving with the British Military Advisory and Training Team in South Africa, with the Royal Artillery and Royal Signals and was Officer Commanding at the Defence College of Policing and Personnel Administration with operational tours of Bosnia and Kosovo. She also served in Army and MoD Headquarters, as Training Major at Cambridge University Officer Training Corps and as a Lieutenant Colonel at the Army Personnel Centre. She holds post graduate Diplomas in Strategic Direction, Leadership and Management from Cranfield University, King’s College London and Manchester Business School (MBS). She is a Fellow of the Institute of Directors (FIoD), the Chartered Management Institute (FCMI) and the Institute of Leadership and Management (FInstLM). She is a Graduate Member of the City and Guilds Institute (MCGI), a Freeman of the City of London and Liveryman of the Worshipful Company of Stationers and Newspaper Makers. Colonel Barr-Jones was appointed as Commandant Essex ACF in April 2019 following two years as Deputy Commandant (Training). She is IoD East of England Ambassador for Diversity and Inclusion and the Armed Forces, sits on the National ACF Diversity and Inclusion (ACF Step Change) Steering Group and is the Chair of the ACF LGBT+ Forum and an anti-bullying Diversity RM Role Model. 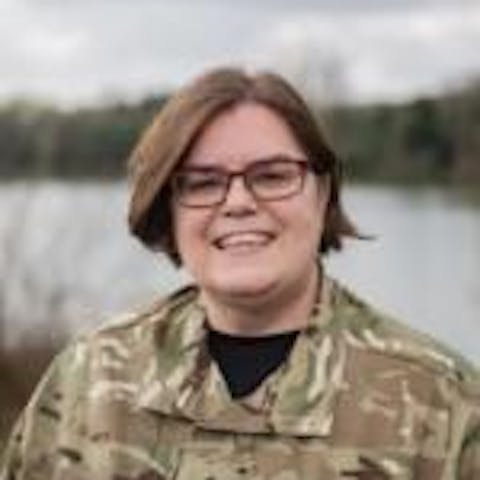 I left school at 15 and joined the army at the age of 17 in 1973. The infantry Regiment I joined was the Royal Regiment of Fusiliers. After training I was posted to Colchester. I served for 3 years and in 1977 I left the army and went back to my home town in Manchester. In 1980 I rejoined the battalion and served until 1999. Upon leaving the army I became the CQM for Middlesex and NW London ACF. In 2003 I joined Essex ACF in the role of CEO. During this time I got married. I have a lovely wife, 3 lovely daughters and 6 fantastic grandchildren. Who keep me young. 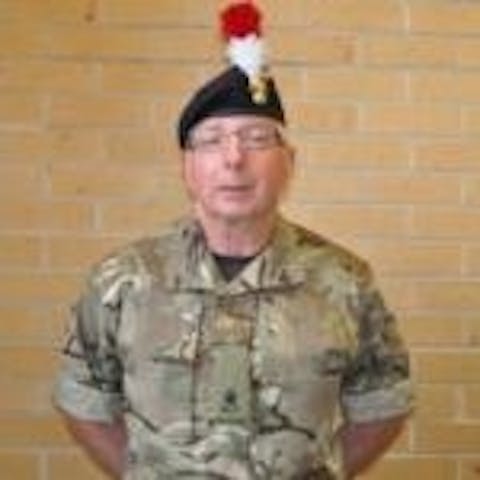 Shawn Reynolds is the RSMI for Essex Army Cadet Force and lives on Mersea Island, 10 miles south of Colchester. During the late 70’s and early 80’s he was a cadet at Grays detachment (then badged Royal Corps of Transport) before enlisting in the regular army in 1983. Having served in Northern Ireland, Germany, Denmark and the UK, he left the Army in 1989 to join the City of London Police where he served for 27 years before retiring as a Police Inspector in August 2015. Shawn joined the ACF in 2010, and was posted to B (EY) Company at Harlow Old Town where he held the positions of Detachment Instructor, Detachment Commander and Company Sergeant Major. He has also acted as the company Staff Officer prior to promotion to RSMI in August 2017. In his spare time, he plays golf (badly) and enjoys cycling, clay shooting, walking his dog and maintaining his 26 year old Vespa Scooter. 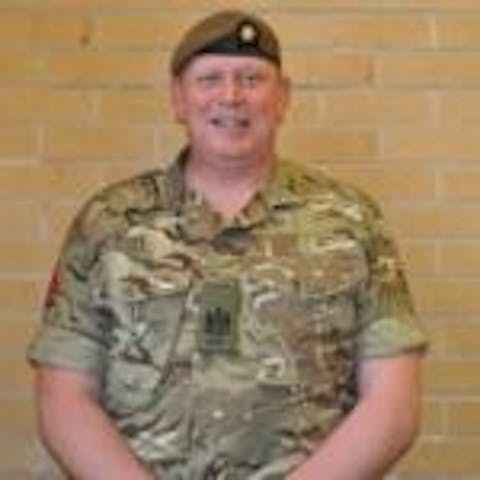 Sitting in the chain of command, directly below the Commandant, are her two deputies.

Pete joined Essex ACF in 1987 as a cadet, and after a full and enjoyable 6 years decided to remain as an adult instructor. Throughout his ACF career he progressed through the ranks and appointments with C Company, before transferring to County HQ in Nov 2015 as County Training Officer and then into his current role in Apr 2019. During his time with C Company he held appointments as Detachment Commander (Rayleigh and Billericay), Company Sergeant Major, Company Training Officer and Company Commander. The highlight of his time with C Company was the opportunity to take the Company to Gibraltar for their Easter Camp in 2014. In Dec 2014 he was appointed as the 7 Inf Bde Duke of Edinburgh Advisor, this followed a number of years as the County DofE Officer. The DofE provides an ideal opportunity to deliver fantastic opportunities and over the past 10 years he has organised Gold Duke of Edinburgh sailing expeditions to Scotland and Croatia, plus organised and led volunteering projects to Ghana on two occasions. In 2017 he was approached to take the project lead for The Lord Dannatt's Round Britain Challenge centenary event which took place 2018, a another opportunity to deliver a unique Gold Residential project. Following his graduation from Anglia University in 1995 with a BSc (Hons) degree in Business Information Systems he has pursued a career in IT. Establishing himself as a Microsoft Technical specialist he has been involved with infrastructure projects for Kwik Fit Insurance, Pet Plan USA and Insure Simply (Australia). In Apr 2009 he formed Vezo Networks Ltd, an IT Solutions and Support company, with a good friend. Pete is married to Miranda and lives in Billericay, where he shares the family home with their two beautiful children. 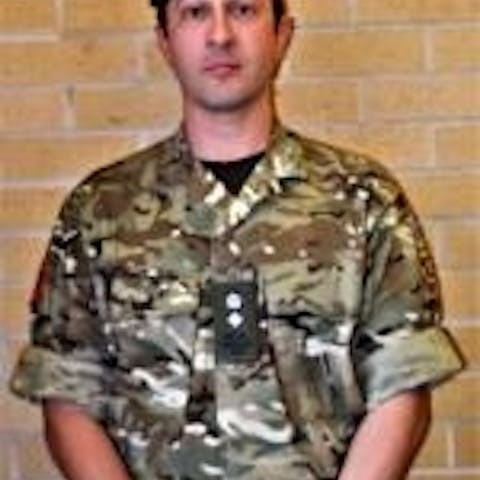 Congratulations to out newly Appointed Deputy Commandant for HR!