Now in its fourth year, the BCyA, in association with Specsavers, highlights individual acts of bravery, kindness and compassion from young people under the age of 18 across the UK.

Ben was unable to speak properly until he was 9-years-old despite undergoing speech and language therapy from the age of 2. This affected his personal development which in turn affected his confidence as he struggled to communicate.

Ben started to read and write at the age of 8 and by the age of 10 was integrated back into regular school life with his peers. Showing resilience despite his struggle and being far behind academically, Ben was ostracised by his peers, but focused on his studies and his dedication to rise above his issues saw him cram 12 years of learning into just 5.

Ben joined Durham Army Cadet Force in 2015 as a way of meeting new people and to develop his confidence. He has set several goals over the years to become an army officer. Two years after joining, one of Ben’s good friends took his own life. This has had a dramatic effect on Ben and he felt he should have done more to help and sought counselling as a result of these thoughts.

When he had grieved, Ben set out to research suicide prevention and what he could do to raise awareness. Researching that the North East has the highest rate of suicide for under 25’s Ben started a campaign to have ambassadors and mentors in Company’s across Durham ACF for mental health, anti-bullying and suicide prevention, resulting in the ACF being able to identify those at risk earlier and ore easily.

"I am still overwhelmed that I was even nominated to receive a British Citizen youth Award, never mind be chosen to receive one. I was determined not to let my speech and education difficulties stop me achieving my goals, but the Army Cadet Force inspired me to aim even higher.

"My motto since being young has been ‘attitude determines altitude’ and I really feel that with hard work, dedication and good support the sky really can be the limit."

"what an amazing achievement for Ben, you are a credit to Durham ACF, your family and community, congratulations!" 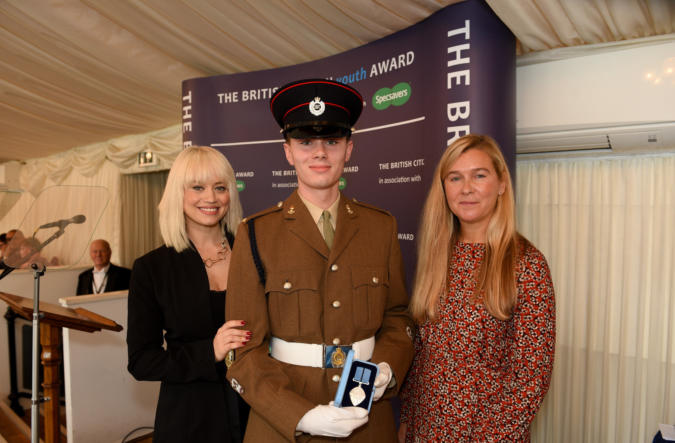 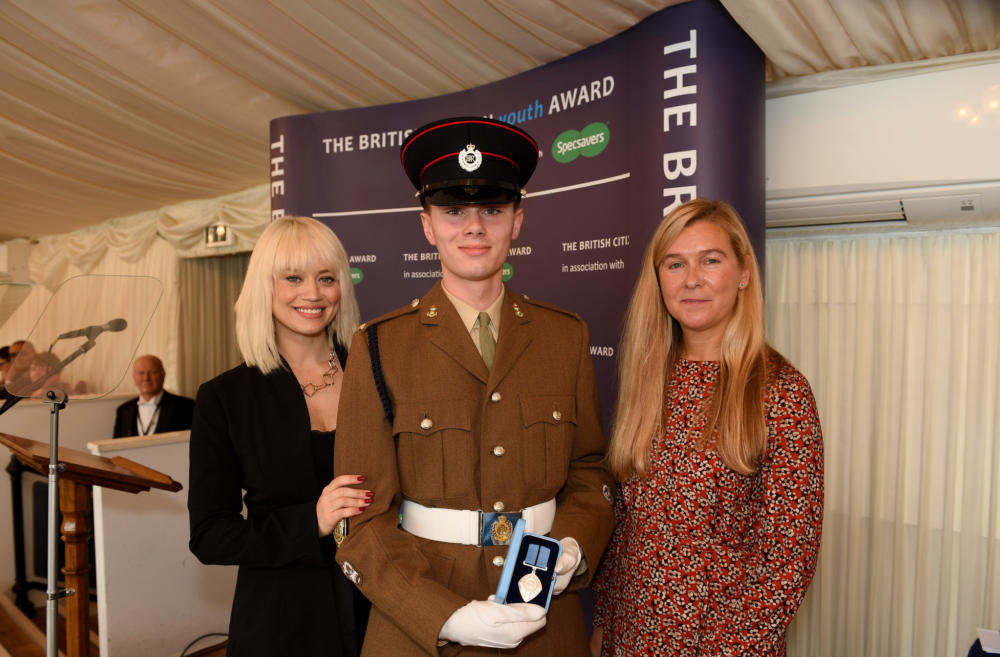 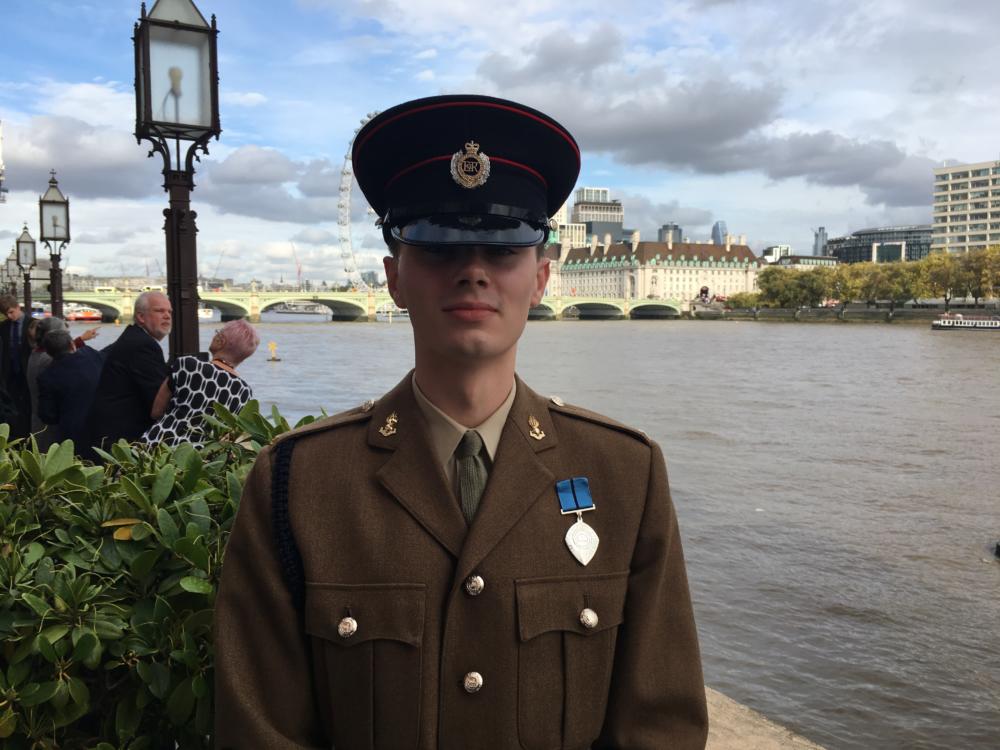 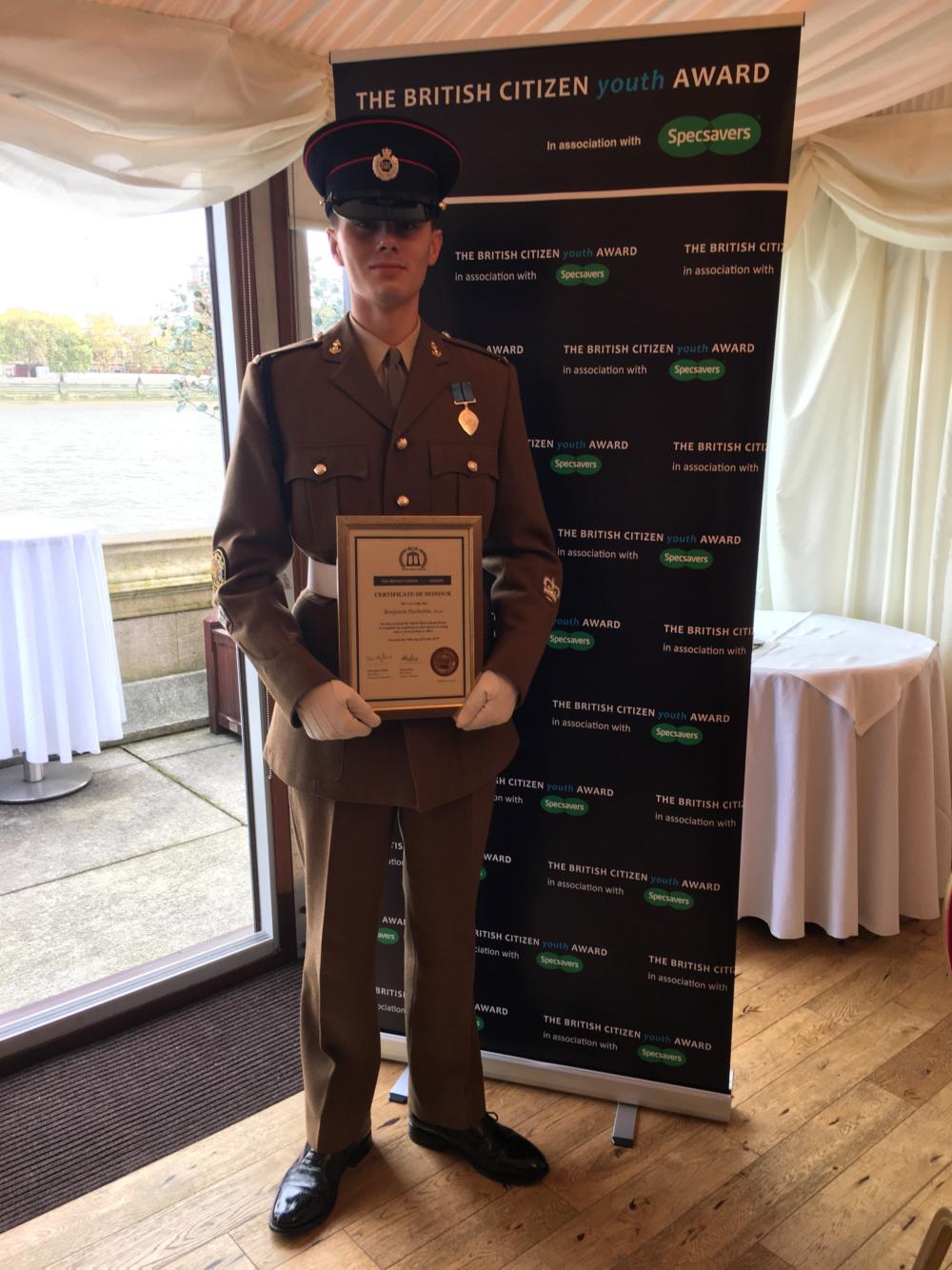 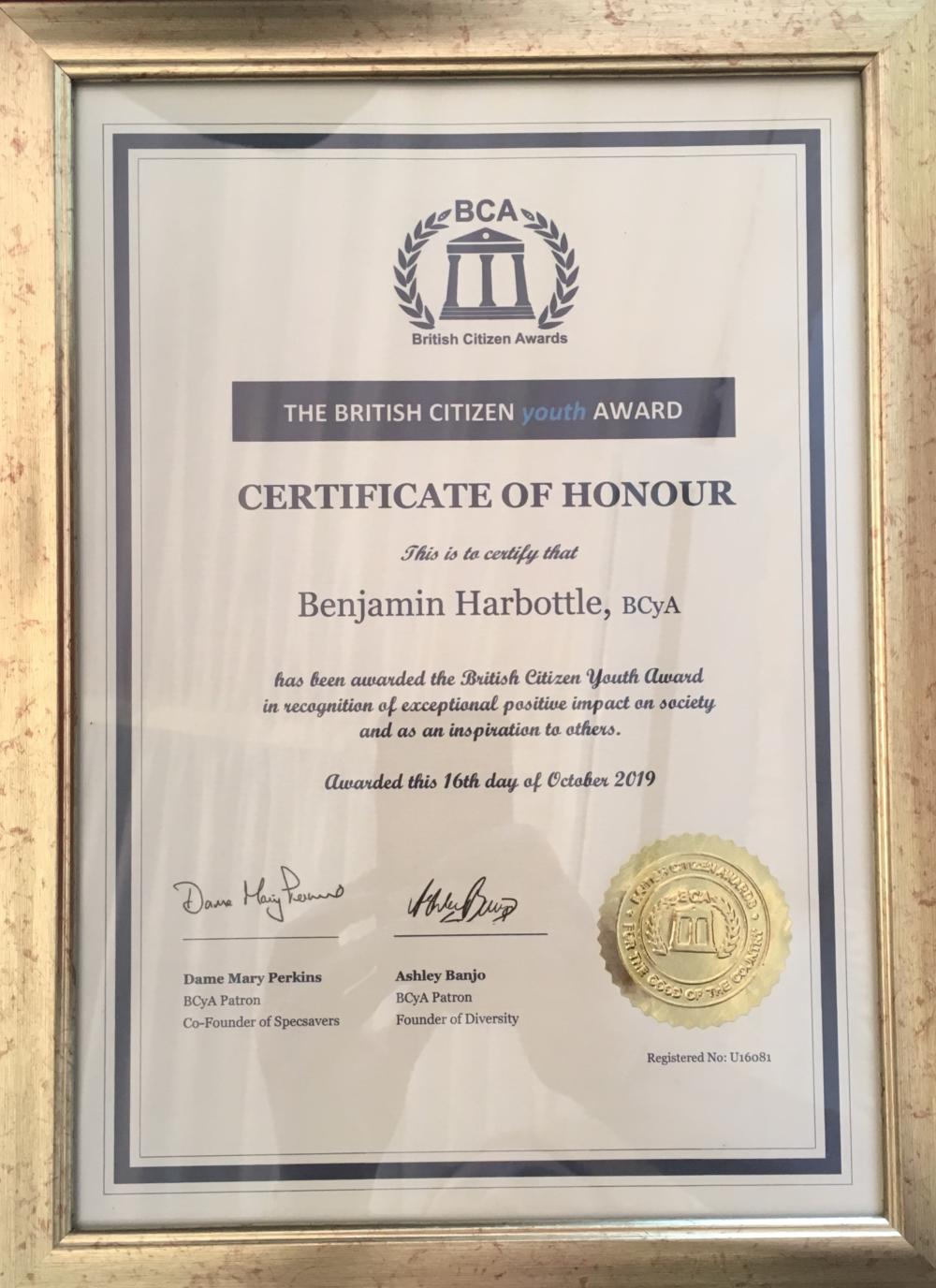 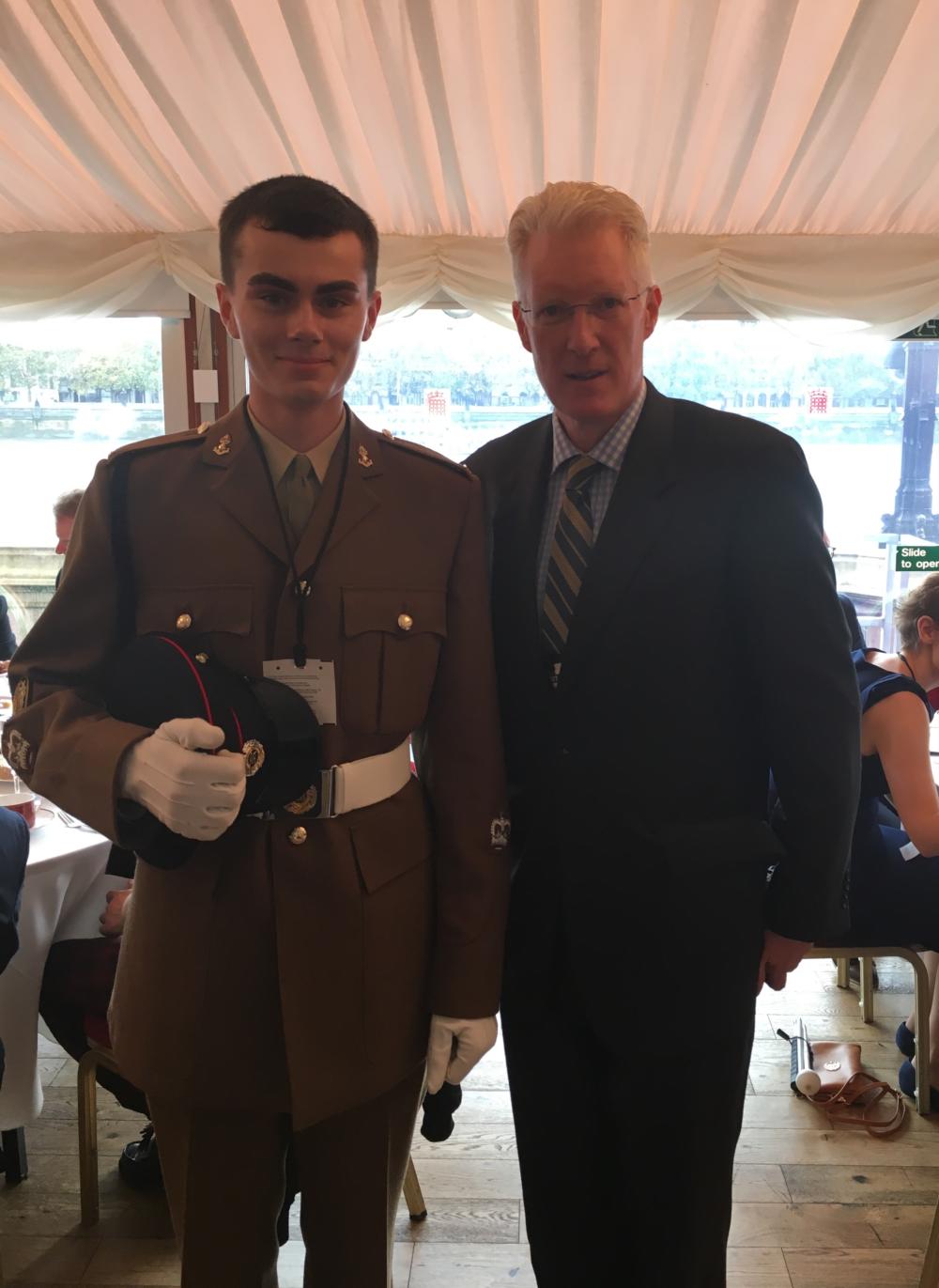 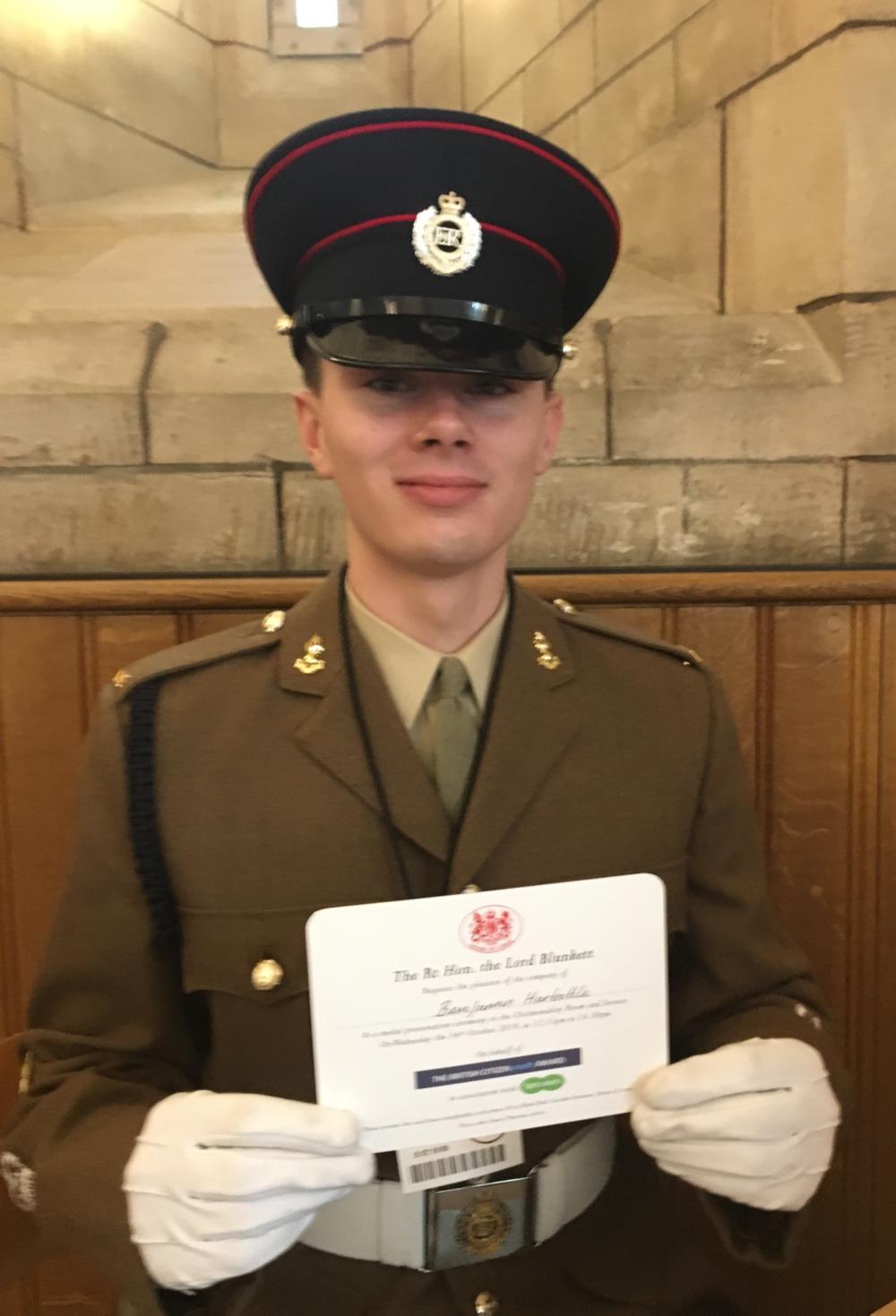 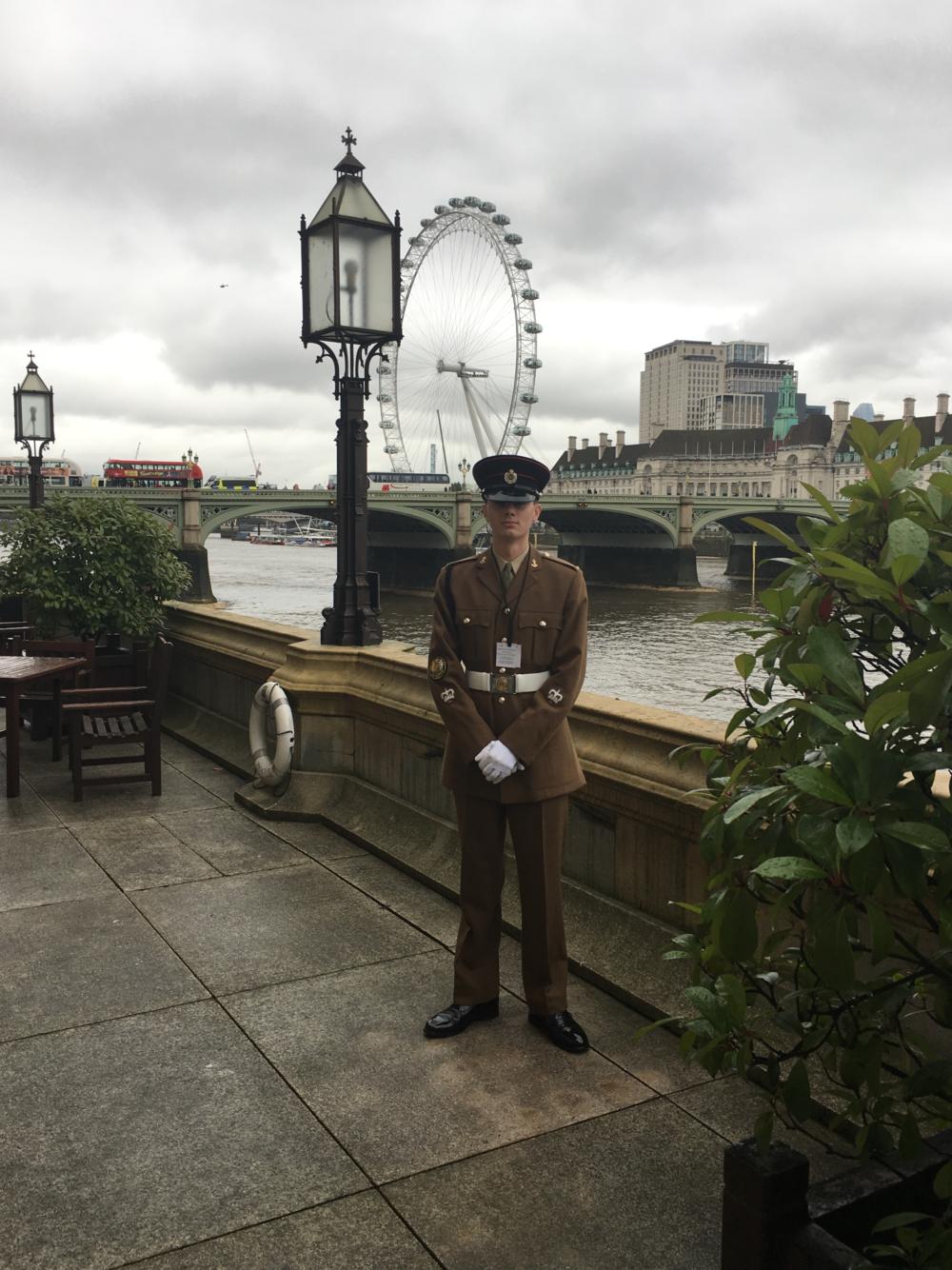 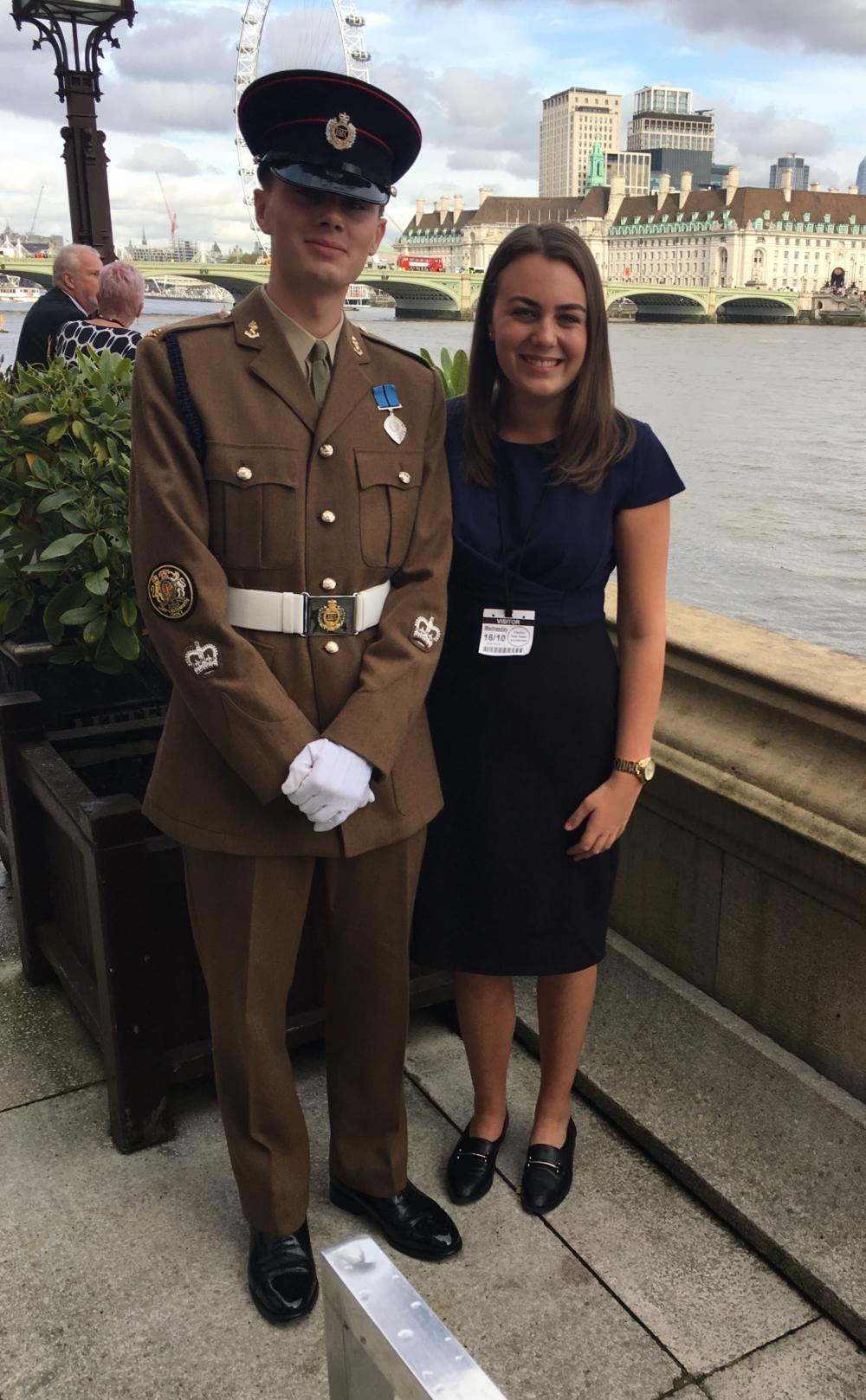