Devon Army Cadet Force were incredibly lucky to have a visit from Phil Campion
(@bigphilcampion) today - our National ACF Champion.

Phil's story is one of enormous inspiration, proving how the human spirit can endure against all odds and achieve the remarkable. His examples and lessons learned from a life in the military elite have resonance for our cadets and CFAV's and we are delighted that he is our ACF Ambassador.

The weather has not been kind, with torrential rain at times but this did not dampen the spirits of the cadets and CFAV's from both A and C Companies who got to meet him today!

Phil visited both Companies out in the field, where they were all engaged in the middle day of their three day Fieldcraft Exercise. He spoke to small groups of cadets and CFAV's as well as having to endure numerous photo opportunities from some very excited cadets and adults! Phil also went on patrol with some sections, as well as visited the harbour areas and operations rooms in each location.

Particular highlights were when we approached a sentry location and a cadet suddenly realised that Phil wanted to gain entry to their harbour area and he was clearly a big hero of theirs - they were certainly awe struck and said "He looks very friendly he can come in!" Another cadet had been resting after a patrol and came out of his basher to find Phil stood outside. He said, "Maam, I am just getting over meeting Phil outside my basher and now you want me to go out on patrol, just give me a minute to calm down!"

A fantastic day was had by all and we look forward to welcoming Phil to Devon ACF again in the future. 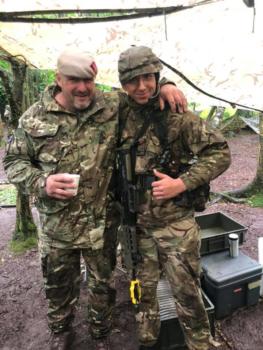 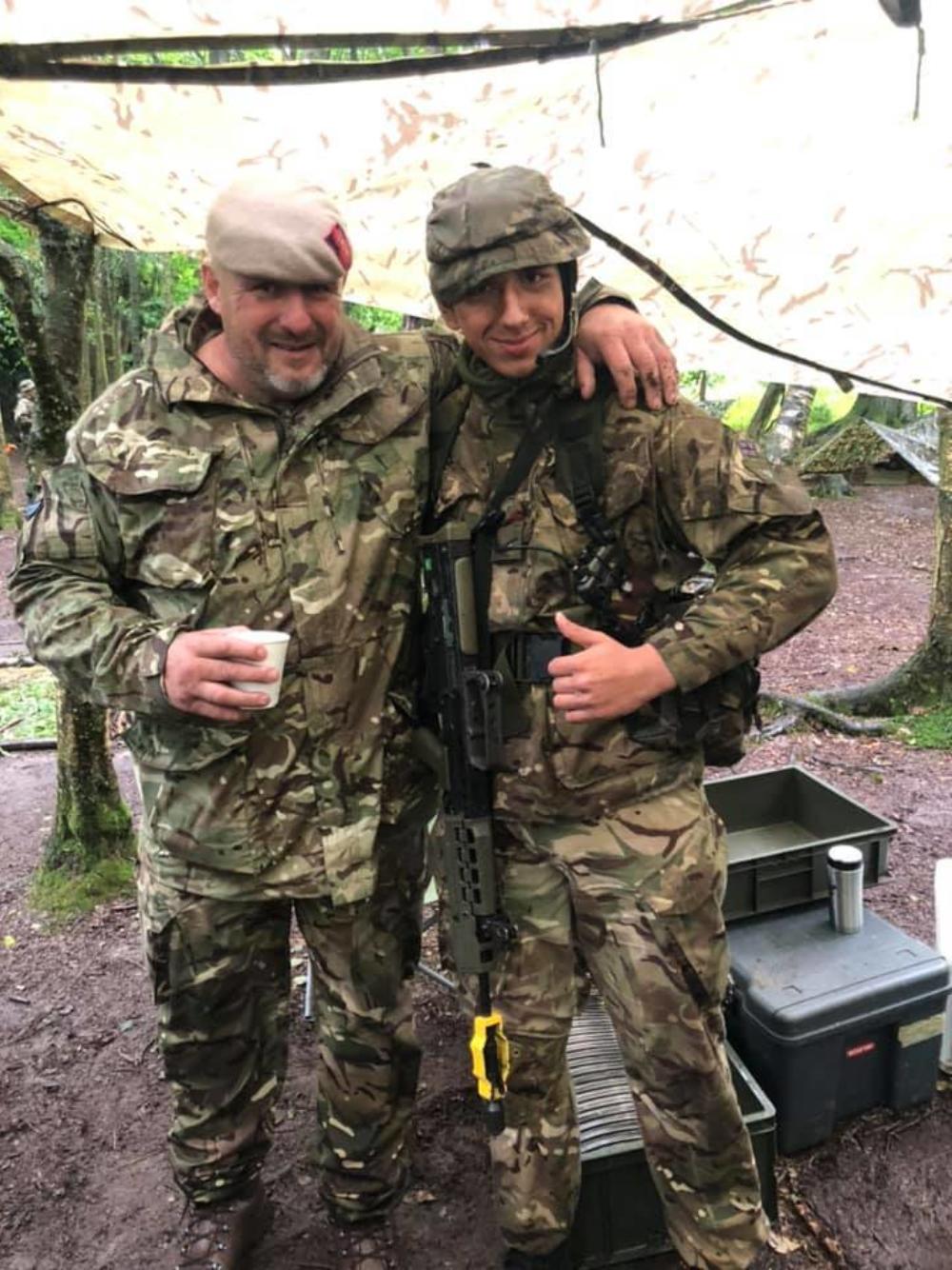 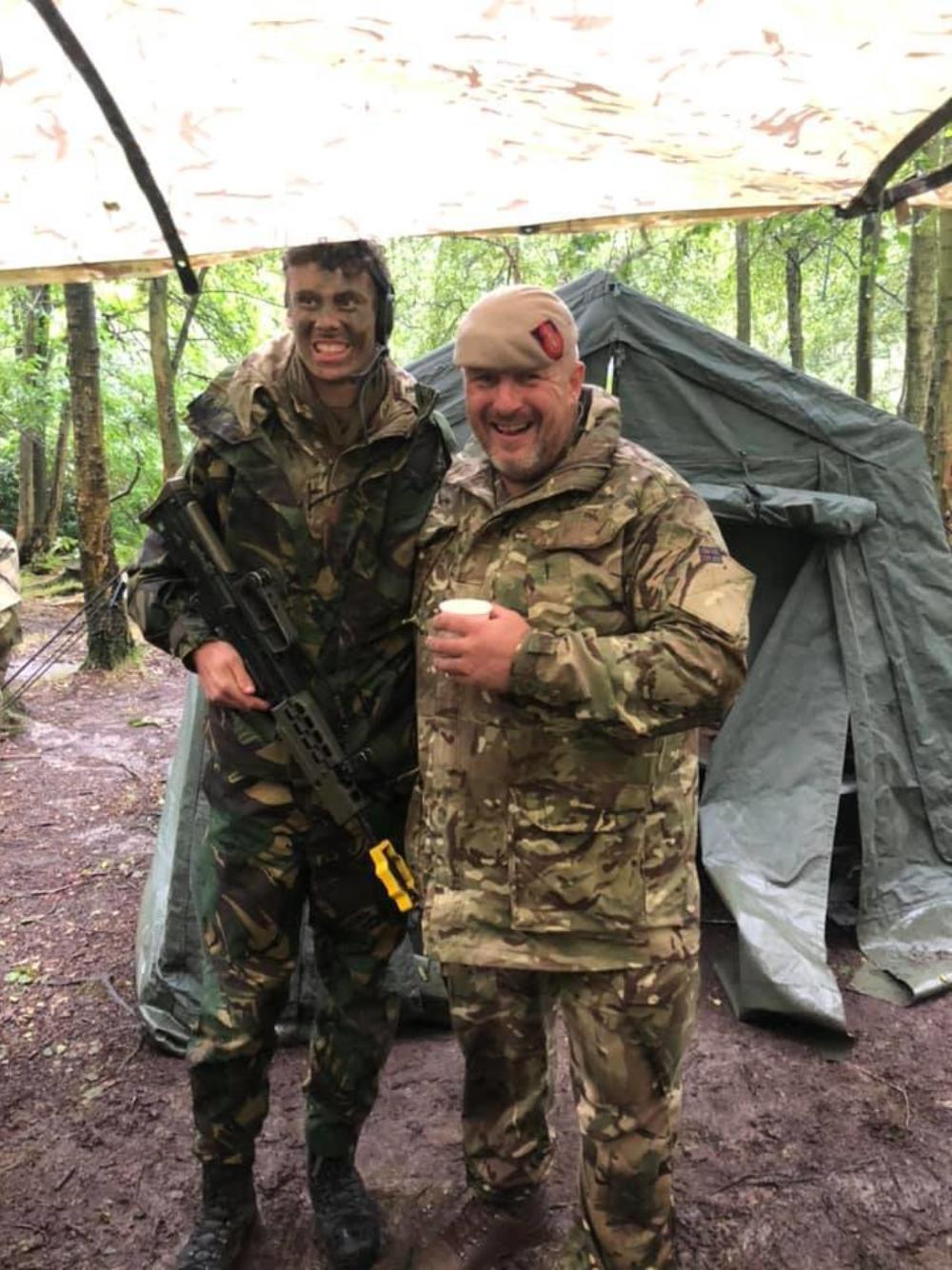 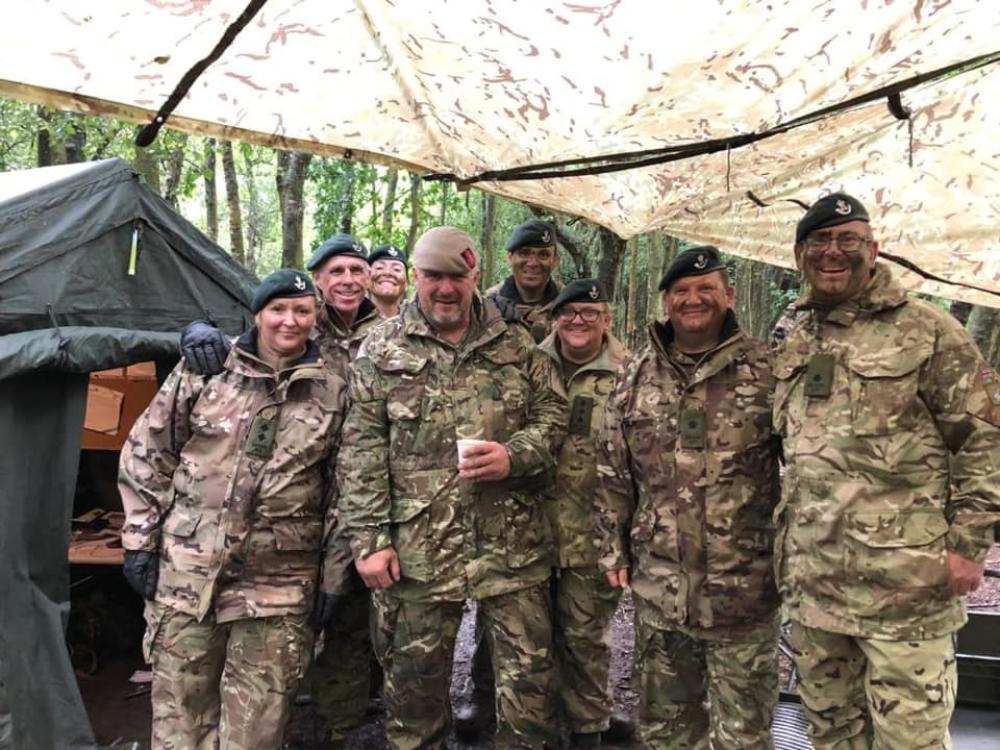 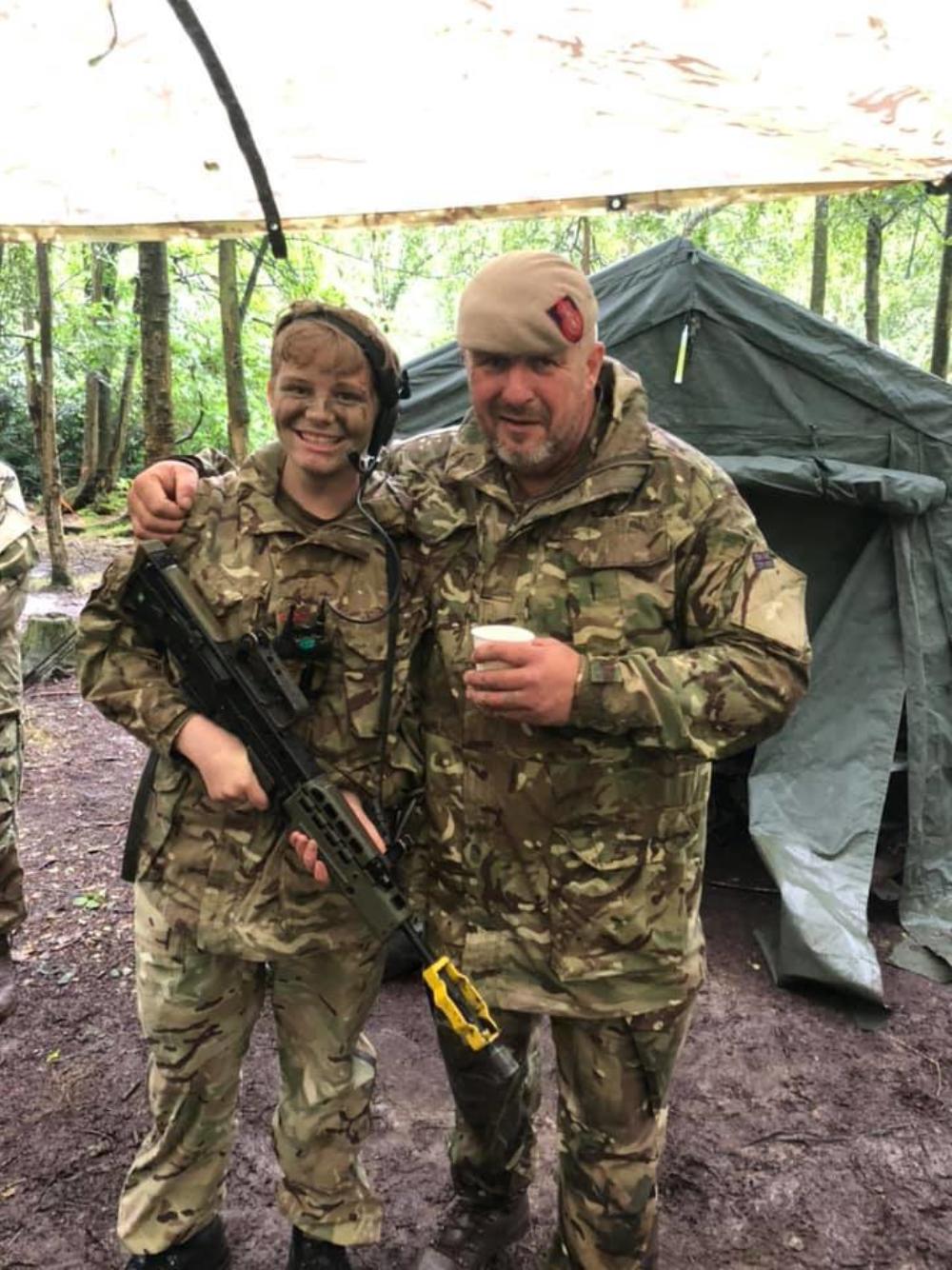 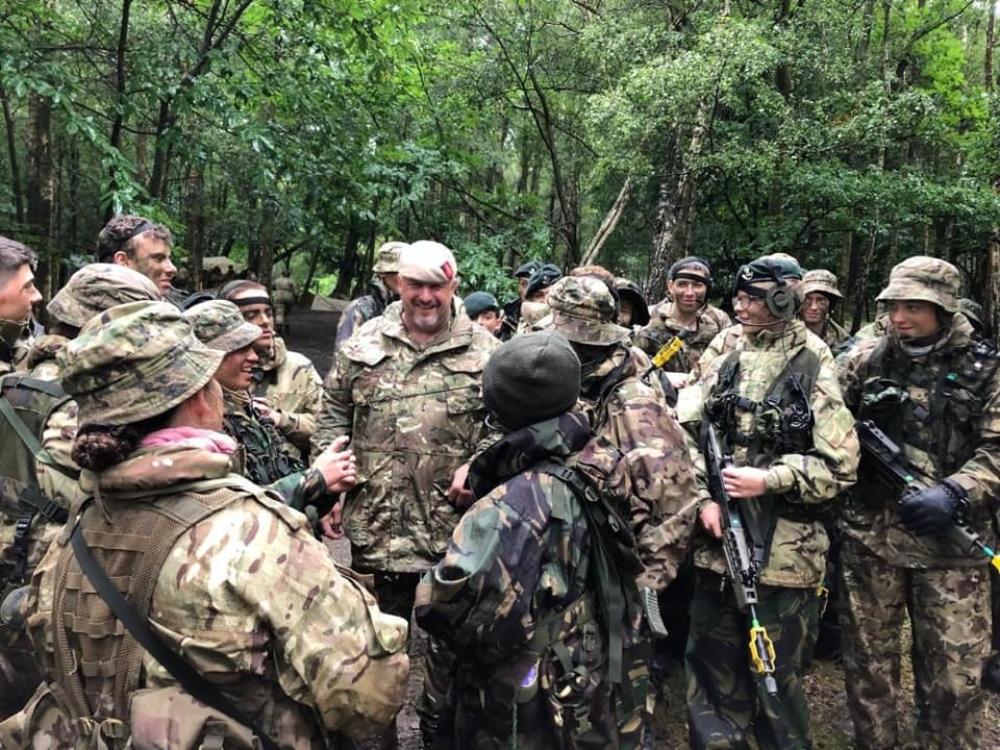 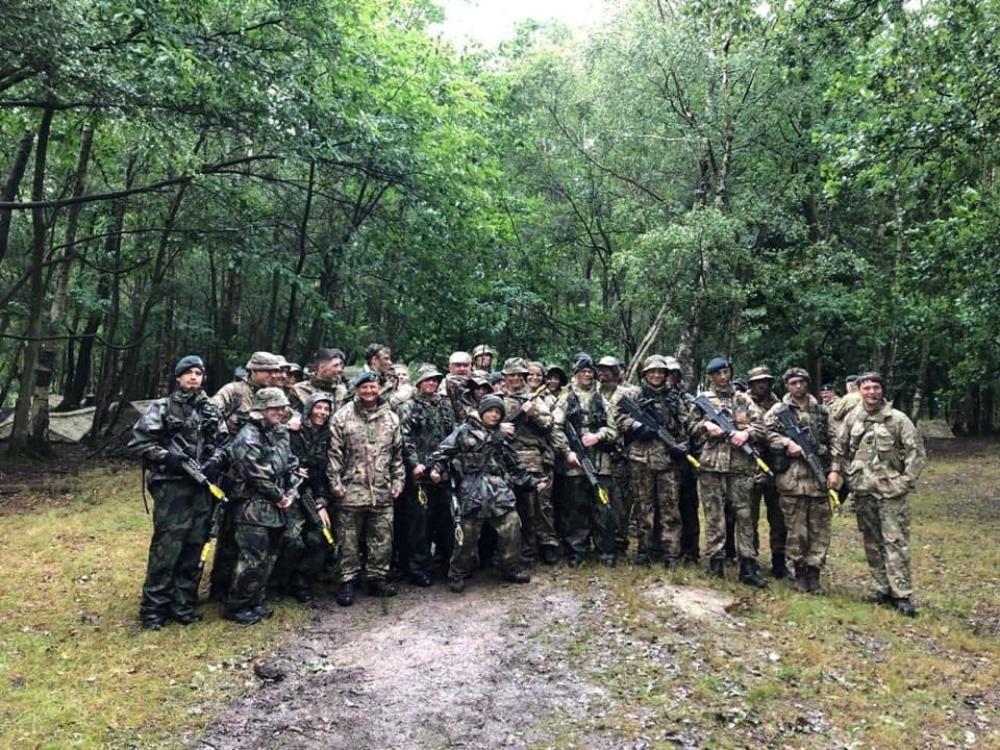 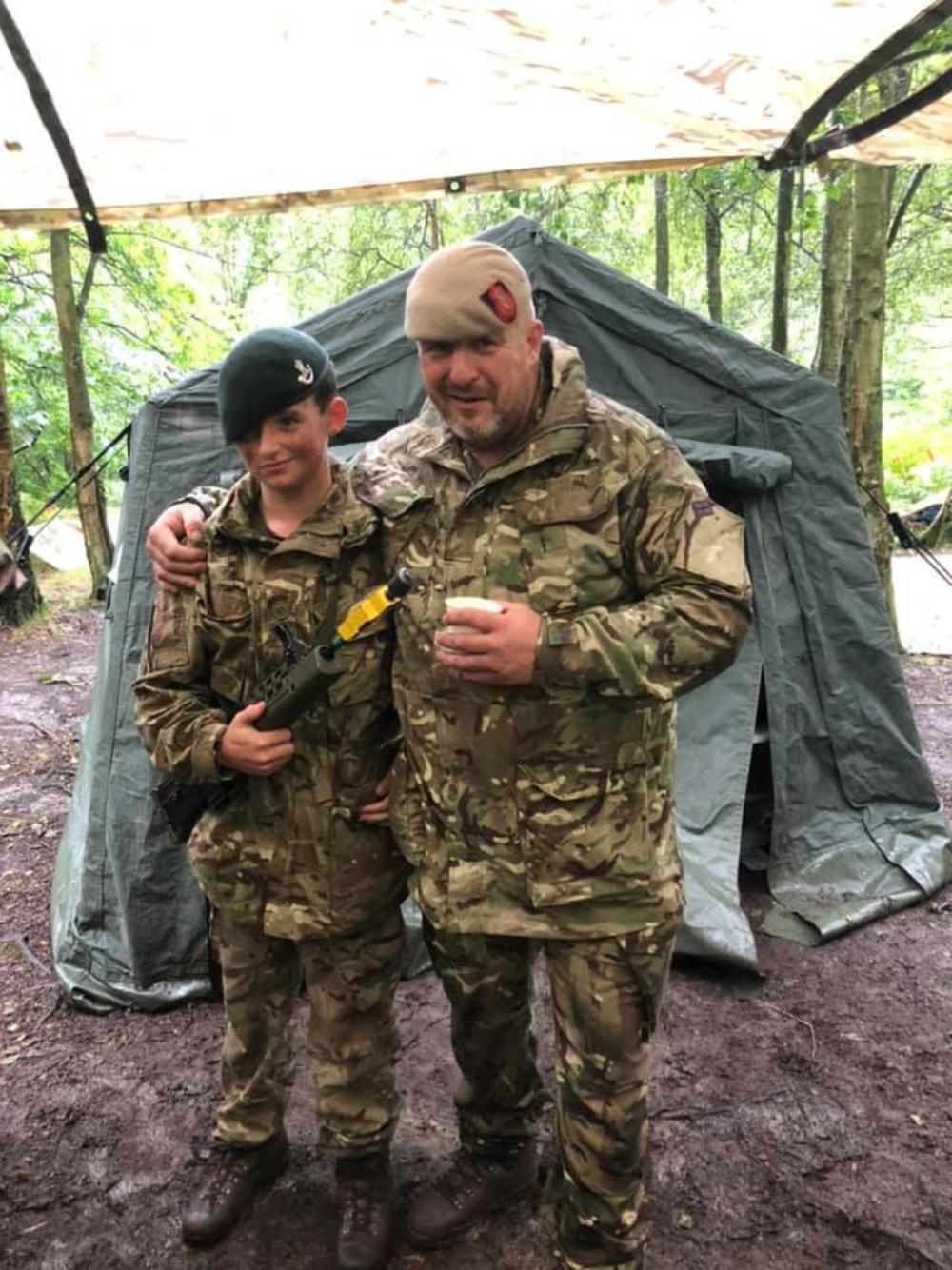