This event was not only a great achievement for all the cadets and the people involved in the initial training, it was also a landmark celebration for Episkopi Station and the staff. Episkopi is the first overseas post to have an Army Cadet Force.

The cadets held their passing out parade in front of guests including family and friends. The parade was to celebrate the completion of the cadets' basic training and to award those cadets who had shown skills and determination during their initial training period.

As people arrived and found their seats, music was provided by the CMS Ban, in readiness for the start of the event and the VIP's arrival, the Chief Of Staff British Forces Cyprus, Brigadier Orr. The cadets marched with pride onto the parade square and took their places in front of the dais moments before the arrival of the Brigadier. Lt Col Payne welcomed Brig Orr and the inspection of the cadets began. Each cadet was issued with a cap and ACF badge which they added to their uniforms and wore with pride.

As the evening temperatures were relatively high, a representative of the St John Ambulance, WO1 Maycock, was at hand to pass water to the cadets during the event. The refreshment was certainly welcomed by most.

After prayers by the padre, Brig Orr had the honour of presenting awards to a number of cadets who had worked hard during their initial training and achieved a certain level of competence or a great improvement during their training due to their total commitment and dedication. Each cadet that was called out for an award came to the front with such pride and purpose, it was evident that they felt a huge personal achievement and one they will never forget.

The final march past of the cadets ended the Ceremony. Now was the time for family and friends to relax as they enjoyed the food and a number of demonstrations of what cadet life is all about.

"A great achievement by all those involved and very proud moment for the CO and all staff. Well done to all the cadets who are just flourishing and growing every parade night – the future is bright," says Lt Col Payne. 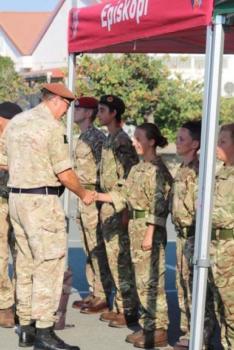 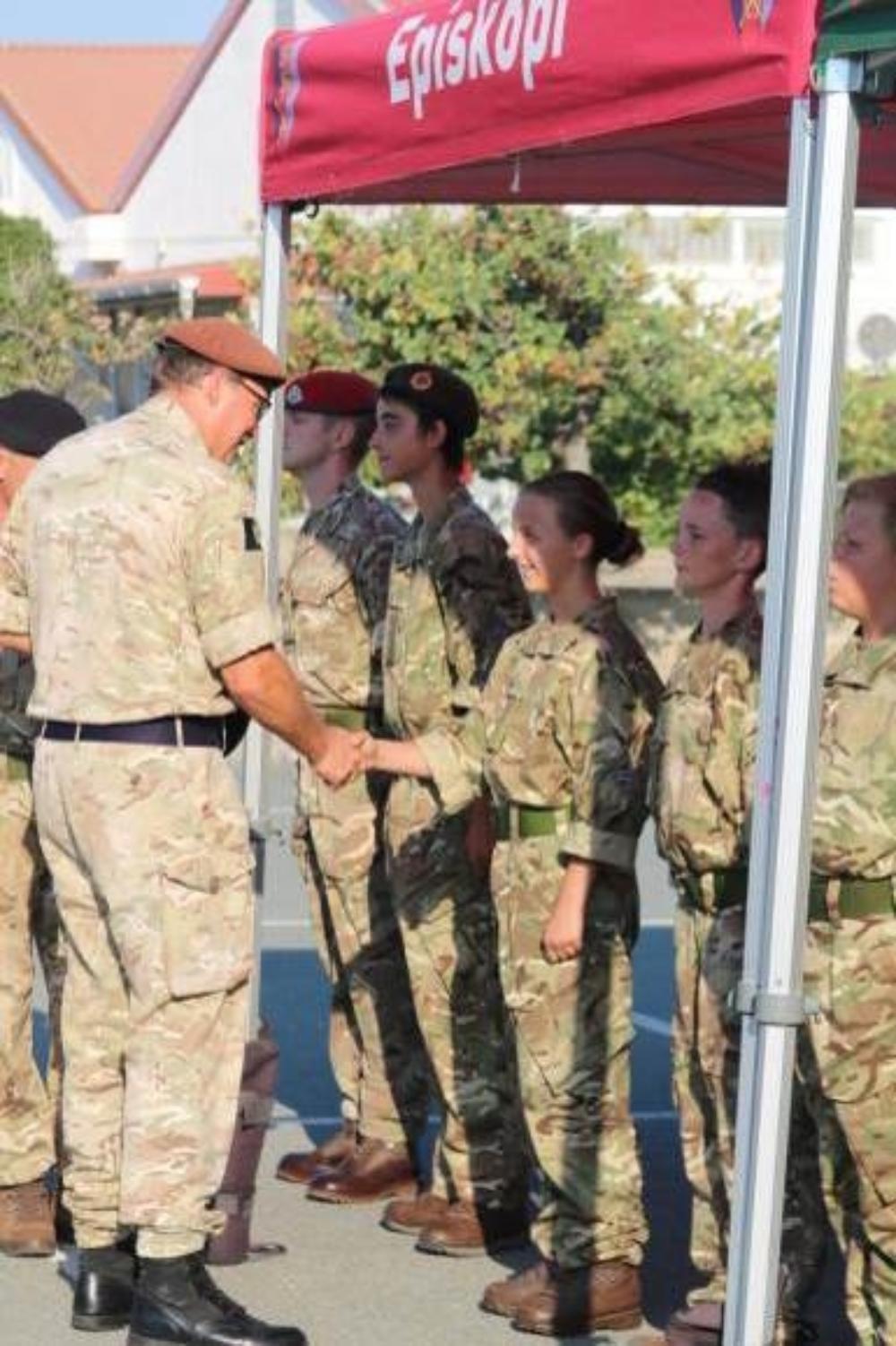