On your bike ! | City of London and NE Sector ACF | Army Cadet Force

Last summer we saw Instructors from both Essex and City of London and North East Sector Army Cadet Forces (ACF) join forces to peddle the 65-mile route from London to Southend with the British Heart Foundation. The route started from the Velo Park in Stratford part of London’s Olympic legacy and headed out to towards Hanningfield Reservoir in Essex before finishing in Southend’s Priory Park next to C Companies Southend location.

Everyone took the time to look over each other’s bikes which covered a real range from expensive carbon racer models to a bike which had been one of the instructors commute to school machine some 20 years ago.

After a hearty breakfast of porridge the riders set off to Velo park on a short ride that took them Past the Queen Elizabeth Olympic Park, the London Orbital and of course the Home of West Ham United Football Club (whom one or two of the rider believed to be the world’s best team?)

After collecting race numbers and having an obligatory ‘Selfie’ the team took time out to talk to other riders about the ACF and try to encourage some of the other riders to consider joining us as volunteers, leaflets were handed out and time grew closer to 07:00 and our booked departure from the start.

From the Start is was a slow hard ride to begin with as the Essex team got used to the sights of East London. Slowly we made our way out of London and into the peaceful county side the ride saw a few steep inclines before the team had a chance to rest in Stapleford Abbots, after a short pit stop with bacon sandwiches. The riders then carried on, it soon became apparent that the team had a mix of abilities we had some of the stronger riders coaching and helping the less experienced. The road wound on past lots of lovely Essex scenery.

All riders from the ACF eventually crossed the finish line - everyone involved was tired but happy and proud to have completed the course. This is just one example of being part of the ACF family. If you would like to find out more than contact 0208 518 7346 or go to www.armycadets.com 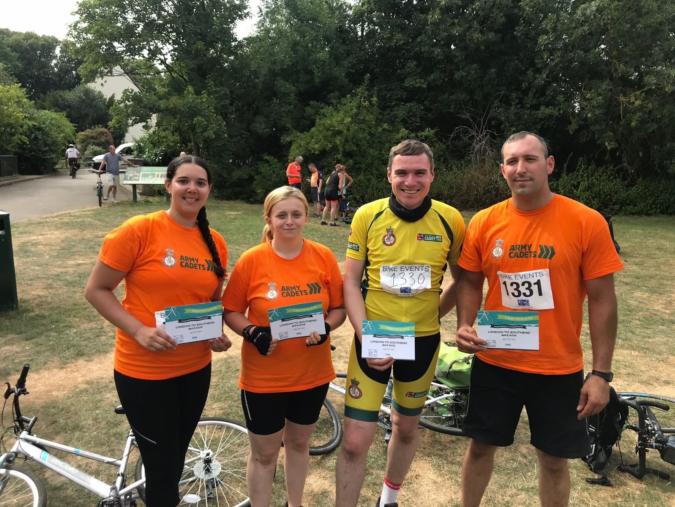 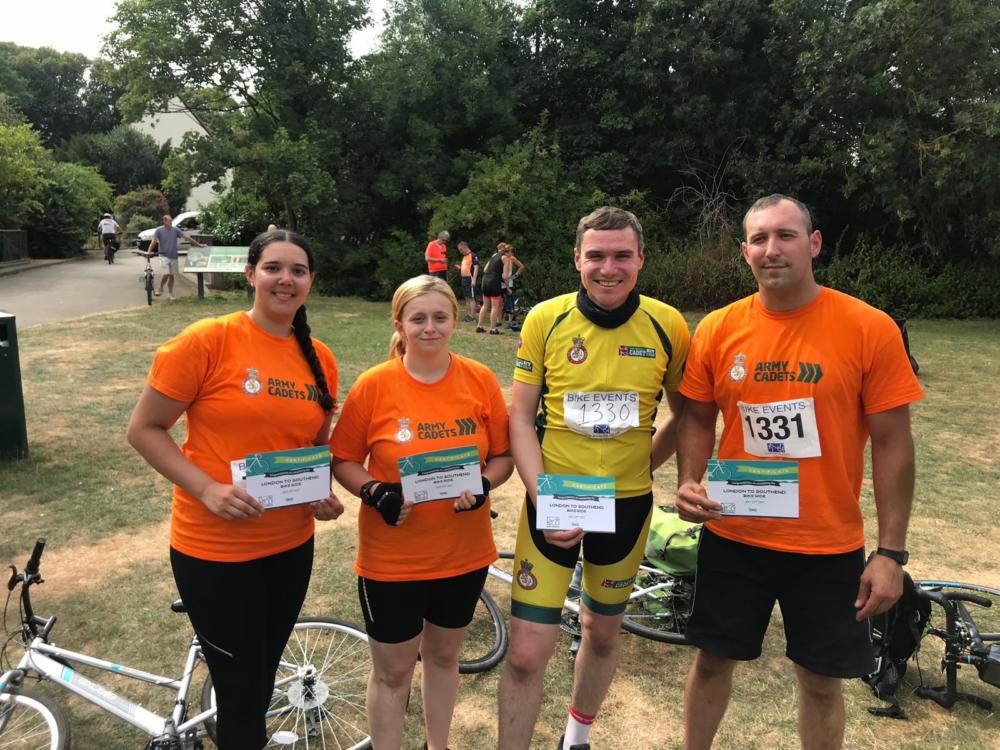