Two Cambridgeshire instructors have recently passed the challenging tests set by the Army Commissioning Board and become Army Cadet Force Officers. These two new officers are representative of the ACF’s many successful adult volunteers who have gone on to achieve extremely high standards and deliver excellent results for their cadets. Both officers have developed new skills and gained in personal confidence during their service.

2nd Lieutenant Keira Liddington joined Cambridgeshire ACF ten years ago, starting as an under-confident cadet. She says ‘I was a very shy, quiet cadet who wouldn’t put her hand up to ask questions or talk in group activities.’ Through the ACF’s training, her confidence soared and she went on to become a Master Cadet and Company Sergeant Major for 3 Company, teaching younger cadets and taking Company parades. In 2016, she became an adult instructor, and has continued making the most of what the ACF has to offer, taking part in Clay Pigeon Shooting competitions, attending STEM (Science, Technology, Engineering and Mathematics) camp and continuing to develop her first aid skills. Last year these skills were needed for real – 2nd Lt Liddington arrived on the scene of a road accident and was able to provide emergency assistance to a motorist who had suffered severe burns. For this action she was recognised for meritorious first aid not only by the ACF, but also by the Society for the Protection of Life from Fire.

Confidence gained in the ACF has benefited her professionally too, giving her the ability to perform under pressure and impress at interviews. She is a qualified aircraft interior fitter, and now has a successful career as a welder and fabricator with Marshall Aerospace in Cambridge.

In 2019, 2/Lt Liddington felt she was ready for a new challenge, to go to the Army Officer Selection Board at Westbury and apply for a Cadet Force Commission, which she attended in January this year. The Selection Board puts applicants through a series of tests designed to determine if they can manage the pressure and responsibility that their position as officers would entail. This includes testing teamwork skills through command tasks, testing their interpersonal skills through their interactions with others in a group discussion, looking at their ability to cope under pressure and make the right decisions in difficult circumstances. 2/Lt Liddington met all these challenges.

Now based at Haddenham Detachment, 2/Lt Liddington is keen to be commanding her own detachment in the near future.

2nd Lieutenant Konrad Burgoyne was also looking for a new challenge. When he applied for his commission last year, he was already hugely experienced as a soldier and cadet force Instructor. He had served as an army reservist in The Royal Anglian Regiment and The Parachute Regiment. In 2003 he joined the ACF serving as a detachment commander (DC) in Bedfordshire. Four years ago, he became DC of Chesterton Detachment.

He says ‘The ACF has always given me the opportunity to develop and push myself. It gives great responsibility because of the role we have in influencing young people.’

Like 2/Lt Liddington, he also works in the aircraft industry. Having previously worked at Marshall Aerospace, he is now an auditor for Lockheed Martin, the UK’s largest Defence Contractor. Additionally, he runs his own successful company, Dataplate.co.uk which provides software for engineering companies.

2/Lt Burgoyne enjoyed his time at the Army Officer Selection Board, feeling that his previous experience greatly assisted him in meeting their requirements. He said ‘it gave me the opportunity to use some of my life skills, but also push them a little further. I managed to stay calm under pressure, when I might have come unstuck.’

Trumpington Detachment, which is due to open later in the year, will be 2/Lt Burgoyne’s next destination as detachment commander. This presents new demands, including the need to recruit cadets, which he hopes to achieve with a social media advertising campaign.

Both new officers look back on their time with ACF so far as a period of personal development, and both are also looking forward to the many new challenges ahead. 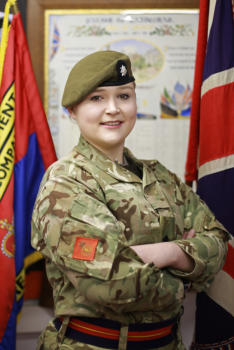 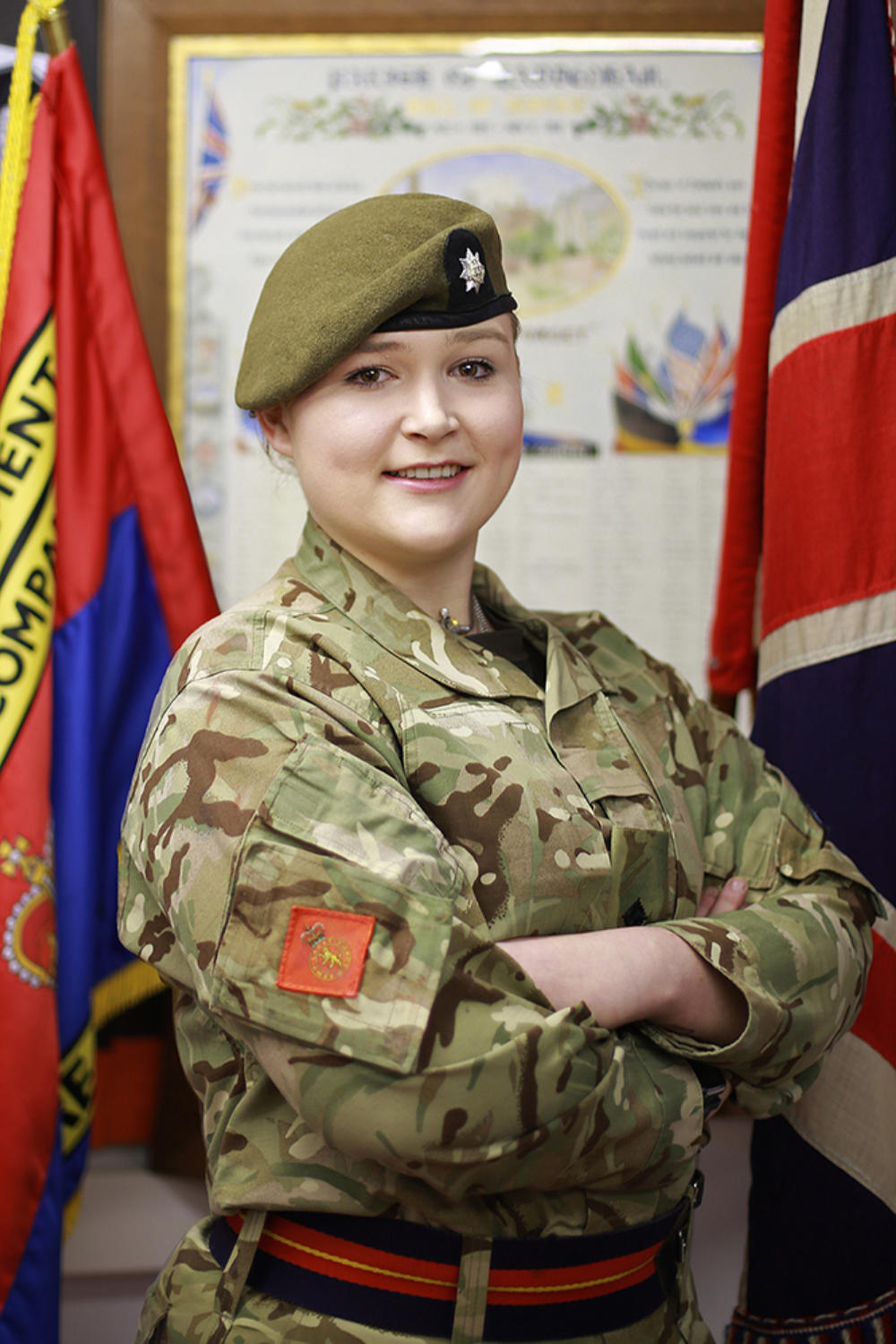 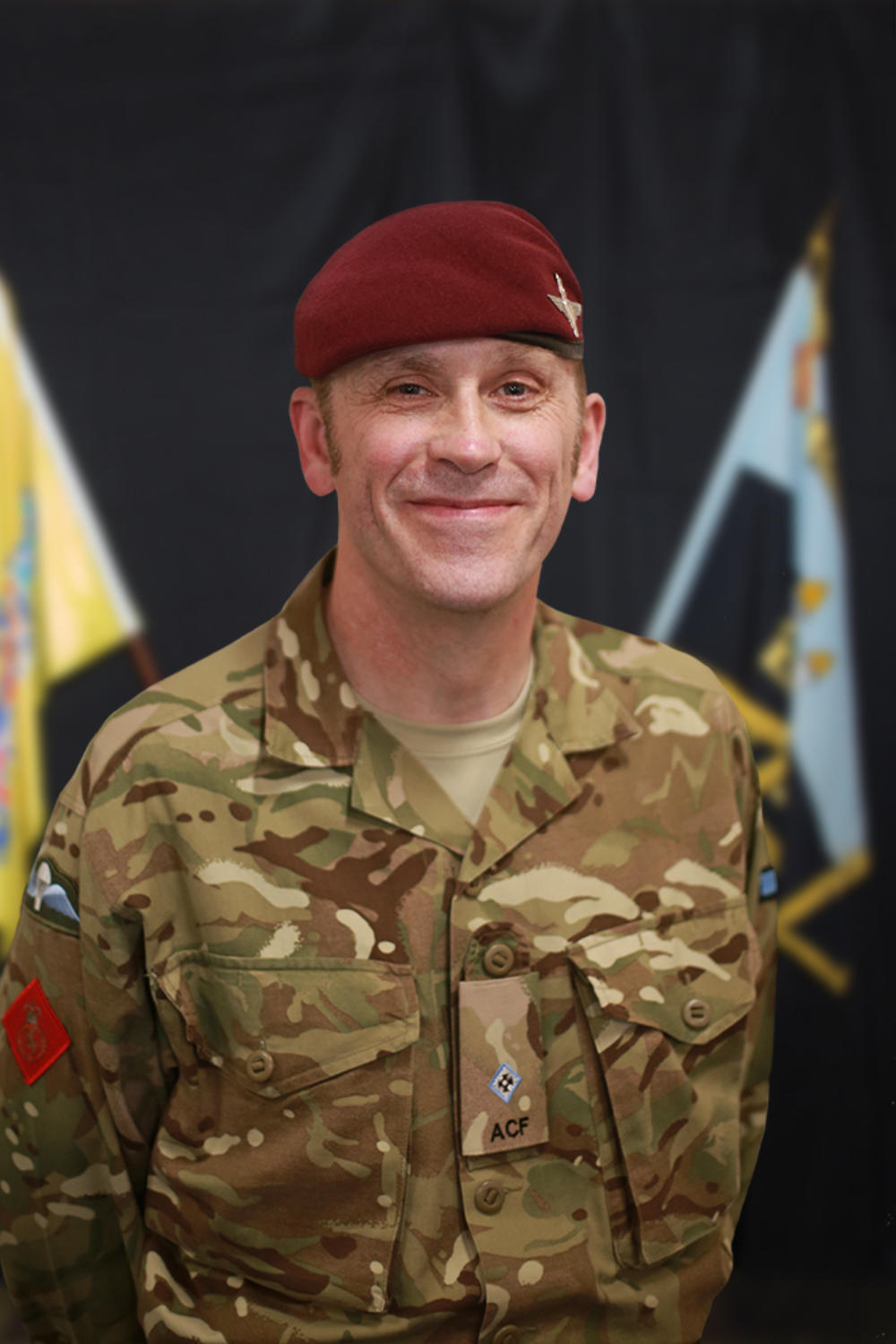